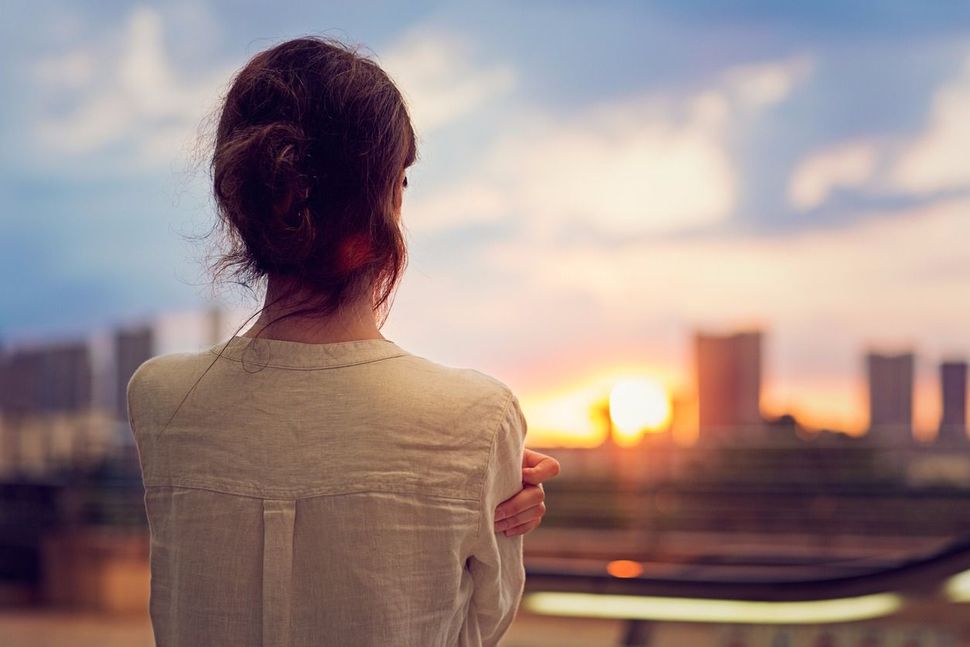 I did not grow up a religious Jew, but for my entire adult life, I’ve been a member of the Orthodox world. As a result, I’ve spent a lot of time in other people’s homes, with other people’s families; Orthodox life is built around the family, and Shabbat and holidays are desolate affairs if you’re by yourself.

Countless families and communities across the world have graciously opened their doors and tables to me. From the homes of close friends in my neighborhood to the home of an eccentric kabbalist-cum krav maga teacher in Israel, through the boisterous Chabad of Panama City and everywhere in between, every Shabbat and every holiday I’ve found a place amongst my generous fellow tribesmen and women.

I’ve never once been made to feel unwelcome. But I have also never forgotten that I am always a guest.

And while I pay my synagogue dues and give what I can to the communal institutions that have made me who I am today, and though I regularly host Shabbat and holiday meals of my own in my tiny apartment, there’s a little part of me that will always feel like a burden, a tiny voice in the back of my head telling me I’ve been given more than I can ever give in return.

It’s not a friendly voice. A child of divorce, I hate to need. I’ve been able to pack a dufflebag by rote in fifteen minutes flat since age eight. I have become a self-sufficient machine; my first word was not “mommy” or “daddy” but “cat.” I’m an introvert by nature, and at the end of the day, I live in my head much more than I do in the presence of others.

But the Orthodox Jewish world is no place for such singularity.

This point was driven home for me during a seminar course in college on religious leadership. Our first assignment was to tell the cohort a 10-minute narrative of our life and religious journey. When it came to her turn, a fellow Orthodox Jew from a wealthy coastal town who I’ll call Beth shared the story of a woman I’ll call Rebekah, a woman from her community who had no nearby Jewish family members of her own. Rebekah would come to Beth’s Orthodox home every Jewish holiday at the behest of her parents, who made room for this unmarried woman in their hearth.

When Beth was a child, she saw Rebekah’s visits as a burden; making space in the house, making space at the table, making space in the family for a virtual interloper during the pinnacle of family time seemed like a grand intrusion. But as Beth grew older, she realized that though it was never truly painless having her home opened to someone so different each and every holiday, she gained as much from Rebekah’s presence and unique persona as Rebekah did from her family’s hospitality.

That’s how the Orthodox community works. The life of each person becomes inextricably tied to the lives of everyone else. The story of each individual is an integral part of the story of the entire Jewish nation.

Beth saw her story as a hero’s journey. But I saw it as a damning critique of what I already knew to be true: Orthodox Judaism is a lonely place for an individual – even one like me who isn’t single but is unmarried and without an Orthodox family, or any family within thousands of miles. While a large Jewish family line, building like an avalanche from generation to generation, is a slap in the face to Hitler, an unmarried Jewish woman at the mercy of others for her communal existence is a kiss to his hand. A Jewish community is a defiance; a Jew forever alone is a miserable joke.

As my classmate finished her story, I began sobbing so uncontrollably that I had to leave the room. My worst fears, for a brief moment, had felt confirmed.

Years later, a week ago today, I learned that Rebekah had died. I also learned more about her. Rebekah, whose name means “to bind,” had cleaved to and was a beloved member of her local Jewish community. In her death, with no surviving family, alone once again, she was buried in Israel, where her soul will soar — I’m sure of it. Alone in my apartment, once again, I wept.

Many in the secular world would argue that it’s not the community’s responsibility to provide for others; in America, it’s commonplace to believe everyone on their own must catch a wave on the rising tide of individualism or drown. But that’s just not the Jewish way. Whether spiritually, emotionally, or yes, financially, we’re supposed to take care of our own. And so often we do — so, so well. We rush to provide meals, insight and comfort when people are visibly suffering or celebrating. But just as often we miss the ball.

We fail to see the sanctity of every human, every life, every Jew. We fail to treasure those who, like Rebekah, remind us of all that we don’t have.

In my status as perpetual guest, it’s something I can’t help but see. I am Rebekah; but we are all sometimes Rebekah. It’s the Rebekah in us that individualism erases, and that Judaism finds – that existential homelessness that makes us Jews.

On Wednesday afternoon, I’ll pack my rolling suitcase as I have so many times before, I’ll take the Spanish bus across the river to New Jersey and reflect on what a beautiful Jewish year we’ve had and have ahead. I’ll spend 72-hours sans electronics on a spiritual high of good food and the company of those who know that love has always been an active verb, sleeping head to foot with a dear friend in a home that’s not my own.

And I’ll raise a glass to Rebekah. As God above determines who shall live and die and how, may we all have the courage to do our part: to remember that the true measure of piety is not what’s on our head, atop our bookshelf or in our freezer, but how well we treasure each and every fellow human in the book of life.