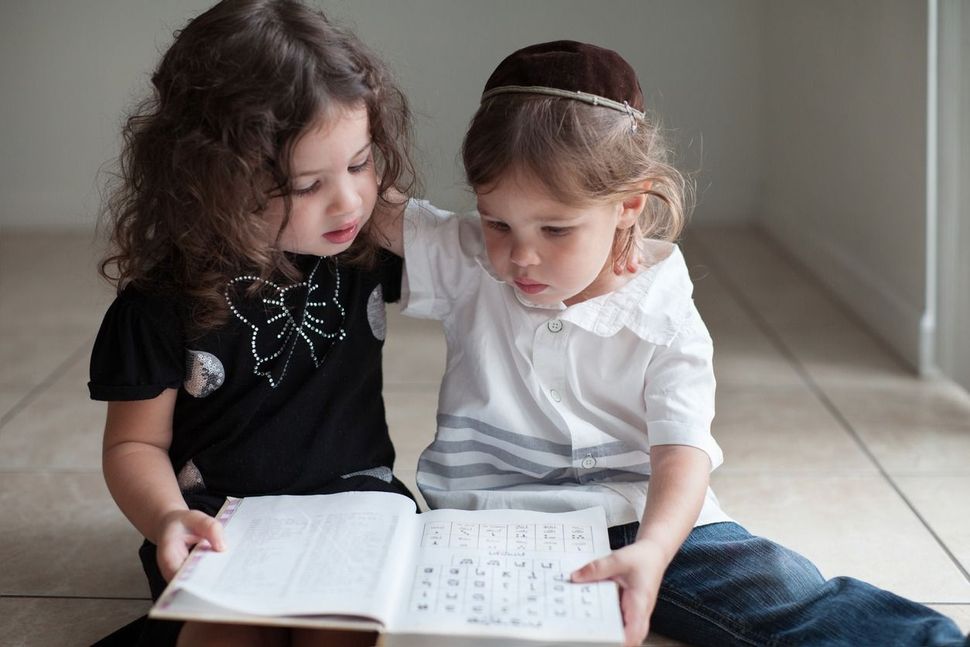 Last week, we reported in these pages that based on current age contours, the next 40 years will see a large expansion of the Orthodox population, alongside deep declines in the number of Conservative and Reform Jews. To take one startling statistic, of many: For every 100 Orthodox Jews 60-69, we have 575 children under 10 years old in Orthodox homes. But for every 100 Reform and Conservative Jews in their sixties, we find only 56 putative grandchildren.

We received many responses. Among the ones that were fit to print were the following: “We knew that already,” “The Orthodox way is the only way,” “People are just rejecting organized religion but not Jewishness itself,” and different versions of “Why should we care?” We would like to respond to these perspectives.

We knew that already. It is one thing to know you are heading toward a cliff, it is another to know when you will get to the cliff and how far you will fall. The Pew survey data we presented show that for the Conservative and Reform communities, the cliff is about 30 years away, and it is a long way down. Given the age contours built into the non-Orthodox population, the impending shrinkage of the Jewishly engaged middle-aged population is now nearly inevitable. But, demography isn’t always destiny. The longer-term prospects for Conservative and Reform Jewries (proxies for engaged Jewry outside of Orthodoxy) will be determined by our children’s and grandchildren’s marriage behavior: How many will marry? How soon will they marry? And how many will marry Jews?

The Orthodox way is the only way. Avital Chizhik-Goldschmidt, the Life/Features editor at the Forward, doubled down on promoting Orthodox living as the logical outcome of our analysis. As much as we agree that a thriving Orthodox community is a good thing, the reality is that not every Jew will choose to be Orthodox, as have just 10% of today’s American Jewish adults.

Moreover, for those of us who prize and value diversity, American Jewry is richer precisely because of the several healthy religious and secular approaches to being Jewish. The entire community gains from every additional member who is engaged in some way. So we should aspire for all segments to be sustainable, if not vital and growing. The Conservative and Reform movements and their members have built many of the major Jewish institutions in this country, to say nothing of the hundreds of shuls, schools, camps and other entities they sponsor directly. It is well known that more observance at home, day school attendance, overnight Jewish summer camps, youth group involvement, adolescent Jewish schooling, and travel to Israel all have a positive impact. The more engaged Conservative and Reform Jews, and not just the Orthodox, have Shabbat meals, attend holiday services, engage with Israel, and send kids to day school, overnight Jewish summer camp, youth groups and Israel.

People are just rejecting organized religion, not Jewishness itself. We agree that it is possible that fewer millennials identify as Conservative or Reform, but are still engaged. We sure hope so! But we are not optimistic, especially given the low rates of Jewish involvement of the non-denominational population, lower than those who identify Conservative or Reform.

Let’s not confuse the many “non-denominational” Jews with the very small number of “post-denominational” Jews. The latter could include such inspiring communities as Mechon Hadar in New York, the Kitchen in San Francisco, IKAR in Los Angeles or Base Hillel in many places. But their few members are just a small fraction of Jews without a denomination in Pew and other surveys. And, as a group, the non-denominational category scores lower than Conservative or Reform Jews on every measure — old-fashioned or new-fangled — of Jewish engagement.

Her position is that each individual should choose on their own to identify Jewishly and not be “forced.” She has it backwards. We live in a society that projects its norms very effectively by a constant flow of signals from peers, teachers and from digital devices. Religious and ethnic cultures need to project their own norms, sometimes in conflict with those of the larger society. Absent a conscious effort by their families, today’s younger Jews do not have a real choice to strongly identify as Jews. The idea that we should let our children be who they want to be, to avoid, God forbid, coercing them is just an abdication to another coercive force.

We wrote our original article with the conviction that the Conservative and Reform movements are vital components of the American Jewish community. The data suggests that their sustainability will require Jewish institutions and their programs be evaluated in terms of how well they contribute to an increase in the number of Jews.

Our concerns are not about forcing Jewish women to have “endless babies,” as Batya Ungar Sargon claims. Rather, we focus on facilitating marriage, as opposed to coercing child-bearing. Children are a very likely outcome of marriage, while Jewish children are the very likely outcome of intramarriage. Today, among non-Haredi Jews 25-54, half (!) are non-married, as Sylvia Barack Fishman and Steven M. Cohen recently reported.

In point of fact, the vast majority of younger adult single Jews want to marry — and, many prefer to marry Jews. The challenge to the Jewish community is not to badger Jews into marrying, or guilt them into marrying Jews, or to coerce women to have babies. Rather, it’s to enhance the chances that younger Jews will find each other over the course of their lives. Research has demonstrated that overnight Jewish summer camps (among several experiences we cited) build Jewish social networks, extended circles of friends and acquaintances who know each other and befriend each other and make “referrals” when people are looking for others to date, romance and marry.

Ms. Ungar Sargon writes, “This does not mean that Jewish continuity is under threat; thanks to the Orthodox and the Hassidic, it’s a foregone conclusion.” We agree that Orthodoxy is doing very well demographically. But Jews, Jewry, Judaism and the world would all be severely diminished if the only active Jews left were Orthodox alone.

To assure active Jews of all varieties tomorrow, we need parents and grandparents of all varieties today to build intensive Jewish homes, foster extensive Jewish educational opportunities, and enrich the next generations’ Jewish social networks. Yes, Orthodox Jews engage in these activities quite frequently, but so, too, do committed Conservative and Reform Jews. The solution to the demographic challenge is accessible to all.

As we read in the Torah last Shabbat, the right path “is not too difficult for you or beyond your reach. It is not in heaven … Nor is it beyond the sea.” Likewise, an intensive Jewish home, Jewish education and Jewish community are accessible for all Jews – of all denominations and none as well.

Steven M. Cohen is Research Professor of Jewish Social Policy at the Hebrew Union College-Jewish Institute of Religion. Edieal Pinker is a professor of Operations Research and Deputy Dean at the Yale School of Management. Mickey Gussow retired from The Johns Hopkins University Applied Physics Laboratory as a principal staff engineer.