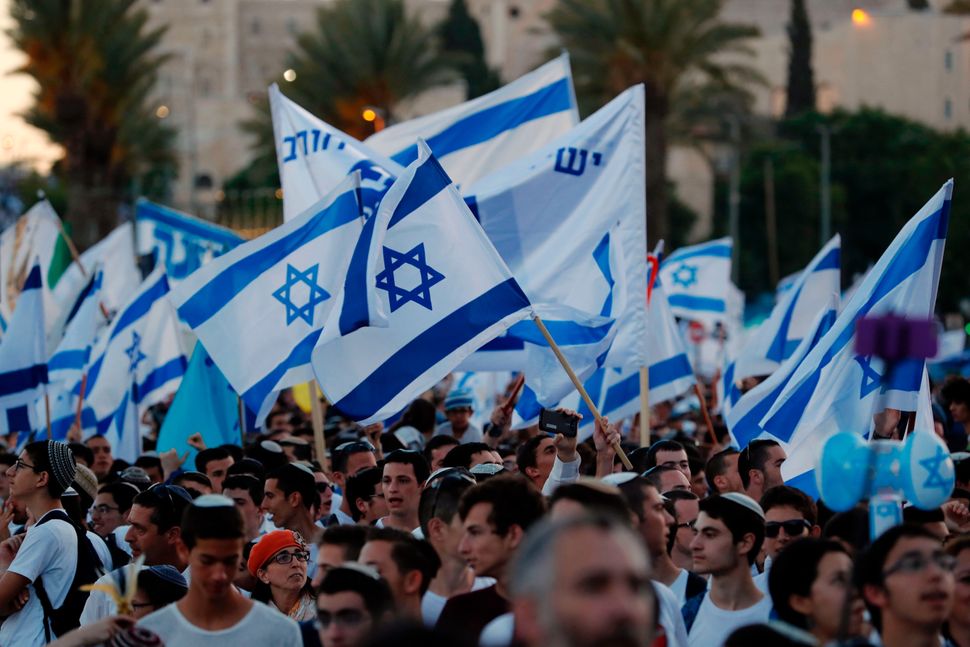 It sounds like an exaggeration, but you know it’s true. You can walk into just about any Jewish gathering place — a synagogue, a social club, a Shabbat dinner — and challenge the very existence of God or the sanctity of Torah, and your religious and ethnic fealty will not be questioned.

But dare express views on Israel that may run counter to the prevailing attitude in the room?

You’ll be called a self-hating Jew (if you are deemed “anti-Israel”) or an intolerant right-winger (if your politics are too “pro-Israel,” whatever that means).

In other words, the foundational tenets of the Jewish people that have lasted for thousands of years, based on a belief in God and Torah and a commitment to community and mitzvot, may be openly derided or disregarded, but the wrong words about a country that is not yet 70 years old will land you in big trouble.

This last year has only exacerbated the situation, with an American president whom many Jews find offensive and dangerous, and an Israeli prime minister willing to ignore Diaspora needs to shore up his fragile coalition at home. As a result, the political left is more and more willing to criticize and isolate Israel, and the political right is more and more eager to make the assertion that support for the Netanyahu government takes precedence over anything else.

The Forward is caught up in this dynamic, especially given the sharp shift in tone — though so far not in actual policy — of the Trump administration regarding the Israeli-Palestinian conflict, a conflict that seems further away from resolution than ever. Any discourse on Israel, it now seems, is subject to a litmus test of acceptability. And the more brightly we draw those lines to specify who’s in and who’s out, who’s with us or against us, the more many American Jews, especially younger ones, are simply walking away.

I’d like to suggest a new framing, one that we employ at the Forward as an editorial policy for discussions about Israel, based not on “pro” and “anti” but on whether Jews are engaged with Israel in some productive way.

This grows out of my personal belief that engagement with Israel is an essential part of what it means to be a Jew in the 21st century. That wasn’t necessarily the case for my parents or, of course, for my grandparents, but it is for Jews today. Israel is there. It is to be supported, challenged, wrestled with, embraced. Ignoring it is to ignore this very historical moment, a moment of privilege, of living at a time when Jews are able to exercise sovereignty in their ancient land.

This belief guides the editorial policy of the Forward.

Now, I can hear the hard-liners say, “That’s fine if your Zionism consists of eating shish kebab and shakshuka, but Israel faces an existential crisis that goes well beyond what’s on the menu.” The left would say the crisis stems from the continued occupation of Palestinian lands, while the right would say it’s from the continued threats to Israel’s security. Either way, ignoring it means you aren’t serious and, in fact, may play straight into the hands of those who wish to destroy Israel by one means or another.

Two responses. First, in that case — if the ultimate test of Zionism is a commitment to ensure Israel’s future — then whoever is willing to debate those issues responsibly is demonstrating that he or she cares and is engaged. That should be enough to allow entry into the proverbial “Jewish tent” we talk about a lot, but too often in ways that leave the structure shrunken and plastered with “Keep out” signs.

That’s why the Forward publishes all these points of view, and more.

The opposite of engagement is not hate. It’s apathy. Even worse: alienation.

Which brings me to my second response. Apathy and alienation, its more active and insidious cousin, are threats just as real as those posed by weaponry and terrorism. And the polarization of our Israeli discourse is hastening these trends, especially among young Jews.

A fascinating new study of attitudes on California college campuses conducted by the Stanford University professor Ari Kelman found that many Jewish students resented being expected to hold a particular view about the Israeli-Palestinian conflict when, in fact, they hold a range of opinions. This expectation made them feel marginalized in both activist communities and Jewish groups.

“As a result,” the study concludes, “they often chose to avoid politics or organized Jewish life entirely.”

The way to ensure Israel’s future in the civic and political sphere is to open up conversation and not restrict it, to acknowledge its complexities and not downplay them. Israel could be wiped off the map by Iranian missiles, true. Or it could be erased from the hearts and minds of those who simply don’t care or turn away in anger or disgust.

This is why I am personally against the movement to boycott, divest from and sanction Israel. While I appreciate the attempt to create nonviolent protest against the occupation, BDS is not really about engagement. Its purpose is to disengage, to ignore and isolate, to punish and erase.

Nonetheless, we welcome its proponents to make their arguments on our pages, as we welcome those who believe that Judea and Samaria are as essential as Tel Aviv. At the same time, and not incidentally, we assert Israel’s centrality to Jewish life by covering film and food, education and faith, by writing about its achievements and its flaws. And to those who don’t share this core belief about Israel’s essentiality, I say: Let us open your eyes to what you are missing.

What we talk about when we talk about Israel is part of the past, present and future of the Jewish people, wherever we live. As a new year dawns, let’s shelve the litmus tests and the name-calling, and stop drawing red lines around an ever smaller zone of acceptability. Let’s be generous to other Jews and build alliances with our neighbors.

Public discourse in America these days is too often mean and degrading, and the discourse on Israel is sadly no exception. Wouldn’t it be amazing if American Jews could exemplify a better way?

Jane Eisner is the Editor-in-Chief of the Forward. Contact her at [email protected] or on Twitter, @Jane_Eisner. Sign up here for her weekly newsletter, Jane Looking Forward.