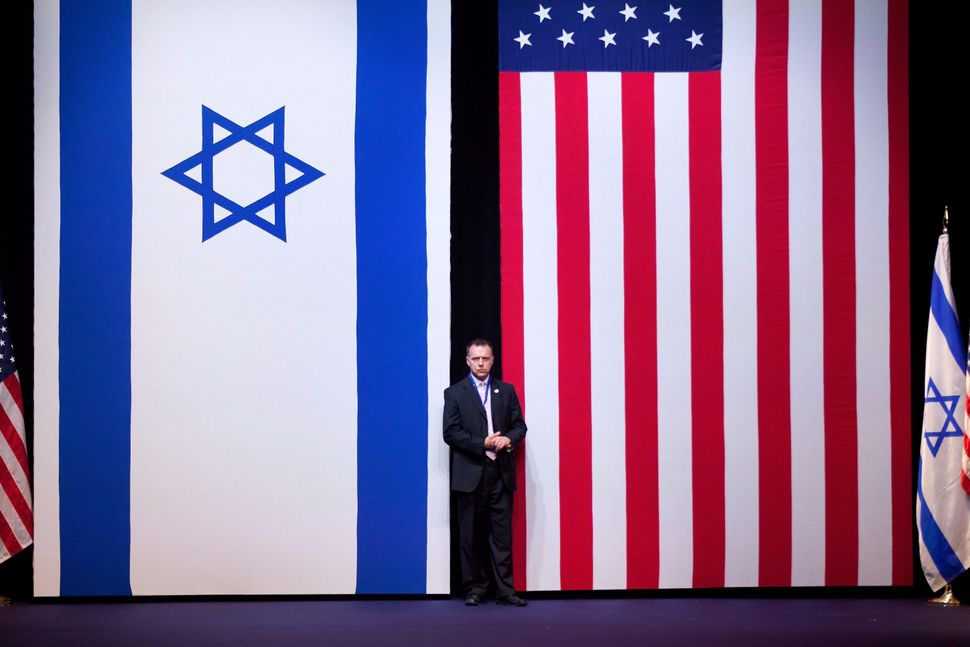 Stephen Walt’s response to our article critiquing his attempt to show how recent history has proven his and John Mearsheimer’s writings on the Israel Lobby accuses us of attacking strawmen without offering a coherent restatement of his own thesis. Our core claim is that Walt has failed to show how the Israel Lobby—a loose group of pro-Israel policy and political organizations—has consistently damaged U.S. foreign policy and American interests in the Middle East. Yes, there is a constellation of groups that value and promote the U.S.-Israel relationship and lobby Congress and the Executive on the policies they believe should be pursued. But Walt fails to show a causal relationship between these activities and the critical U.S. foreign policy decisions—in the last ten years and prior—that he blames on the lobby. Moreover, in his attempt to make the “strawman” accusation stick, Walt revises his theory beyond the point of recognizability.

The Obama administration’s completion of an Iran nuclear deal over the objections of Israeli Prime Minister Benjamin Netanyahu and sympathetic American groups is the latest in a long history of U.S. presidential victories over such opposition. Walt claims that we mischaracterize his argument, since he, of course, understands that these groups do not always get their way. Instead, he argues that the Lobby only loses when countervailing domestic political constituencies push back, which happens mostly on big ticket items. This theory of presidential decision-making ignores anecdotal evidence and political science research indicating presidents make decisions based on their perception of national interests and life experiences. Refuting that research and showing that the Lobby’s influence mattered significantly would have required Walt to interview senior policymakers involved in each of these cases. Instead, Walt makes vague, difficult-to-verify claims to justify counting the Iraq war and anti-American terrorism as points for his argument while discounting the Iran deal as a point against. This remains a textbook example of fitting limited evidence to suit a theory.

Walt’s attempt to use President Obama’s peace process push to show how history proves him right does not pass muster either. Again, Walt does not delve into the specifics of the Obama administration’s peace-making—where the evidence lies—but instead asserts that “AIPAC and other hardline groups have made it nearly impossible for U.S. presidents to put sufficient pressure on Israel to bring about a deal.” Yet Walt fails to answer why an example of that pressure—the ten-month moratorium on all new settlement housing starts—failed to produce any results under President Obama. Walt claims that the failure of the Obama-Kerry effort proves his theory about the Israel Lobby’s influence correct ten years later. For this to be true, he would have to show that alternative factors related to Israeli and Palestinian leaders’ political constraints do not better explain that failure, that the Lobby prevented the exertion of sufficient pressure, and that such pressure would have moved the needle. He failed to do all three.

Instead, Walt engages in a theoretical debate over whether pressure as a tactic has worked in resolving the Israeli-Palestinian conflict. But his examples of Presidents Carter and George H.W. Bush successfully mediating breakthroughs with pressure rest uneasily with his larger claim that the Lobby prevents such pressure from being exerted. What was it about the Israel Lobby during the Obama administration that prevented the Carter-Bush approach from being replicated? Why did pressure not work when it was applied? Is there a difference between President Obama’s pressure and the Carter-Bush approach explained by the Lobby’s activities? These are all important questions Walt leaves unanswered.

Absent from Walt’s article is any answer to our critique of his underlying assumption that closeness to Israel costs the United States in its relationships with Arab governments. As we showed, U.S. distancing from Israel has not produced gains with the Arabs and closeness to Israel has not cost us. Arab governments instead base their relationship with the United States on its ability to provide for their own security and survival. This matters, as it means that support for Israel has not damaged U.S. foreign policy in the ways Walt claims.

In his response, Walt begins to advance a softer version of his theory. He argues that, since J Street and Americans for Peace Now defend U.S. military aid and support for Israel, they are part of the Israel Lobby. Walt also claims that the Lobby’s influence is most observable on items without domestic opposition—like the annual U.S. aid package to Israel—and in the way it constrains policymakers’ options. Finally, Walt seems to have hit upon a more limited theory with an observable cause-and-effect relationship: a broad array of pro-Israel groups helps secure U.S. military aid for Israel and overall U.S. support. True, but that is not Walt’s incendiary argument made ten years ago suggesting the Lobby played an important role in causing the war in Iraq, anti-American Islamist terrorism, and U.S. opposition to a nuclear Iran and Syria.

We did not link Walt to Valerie Plame’s tacit endorsement of an anti-Semitic column because we think he is guilty of identical anti-Semitism. As followers of his writing, we are aware of his special contempt for neo-conservatives. We know that Walt believes that, “[T]he main driving force behind the Iraq War was a small band of neoconservatives, many with close ties to Israel’s Likud party.” Clarifying that he and Mearsheimer do not traffic in Elders of Zion-style conspiracies is not exculpatory. Walt and Mearsheimer believe that concern for Israel motivated a group of mostly Jewish people to act openly against the best interest—as defined by Walt and Mearsheimer—of the nation they served. Without evidence speaking to these individuals’ actual motives, the authors blame them for numerous significant foreign policy ills. This does not necessarily place Walt in the ranks of the anti-Semites, but it certainly promotes their trope of dual loyalties, like Plame did.

Walt’s attempt to explain how his theory accounts for J Street further garbles his argument. He claims that J Street counts as part of the Lobby due to its support for a special relationship with Israel and U.S. aid to Israel. Walt explains away J Street’s backing of the Obama administration on diplomacy with Iran and the Palestinians by telling us he has always written that “the lobby differed on certain policy issues.” Apparently, the Obama administration’s most important Israel-related initiatives—that the Israeli government opposed—qualify only as “certain policy issues,” even though the Lobby as a whole advocates, in his words, “unconditional support” for Israel.

Walt simply cannot have it both ways. If the theory has any meaningful explanatory ability, the Lobby cannot be powerful and focused enough to importantly contribute to the Iraq War and undermine President Obama’s peace efforts, but diverse enough to contain AIPAC, J Street, Sheldon Adelson, and Haim Saban. Walt claims those four all belong to the Lobby, but they really only agree on the broad principle of a strong U.S.-Israel relationship featuring U.S. military aid. If they are all Lobby members, then blaming the Lobby writ large for negatively influencing big U.S. foreign policy decisions makes much less sense than calling out specific organizations. The pro-Israel community is and has long been divided between hawks and doves with different views on important policies. In their rush to create a provocative theory with broad explanatory powers, Walt and Mearsheimer failed to account for this diversity.

The past ten years have not validated the Walt thesis—just the opposite. Had Walt and Mearsheimer not been so committed to trying to indict pro-Israel groups with responsibility for the failures of U.S. policy in the Middle East, they could have raised legitimate issues worth debating. But regrettably that was apparently not their intent.