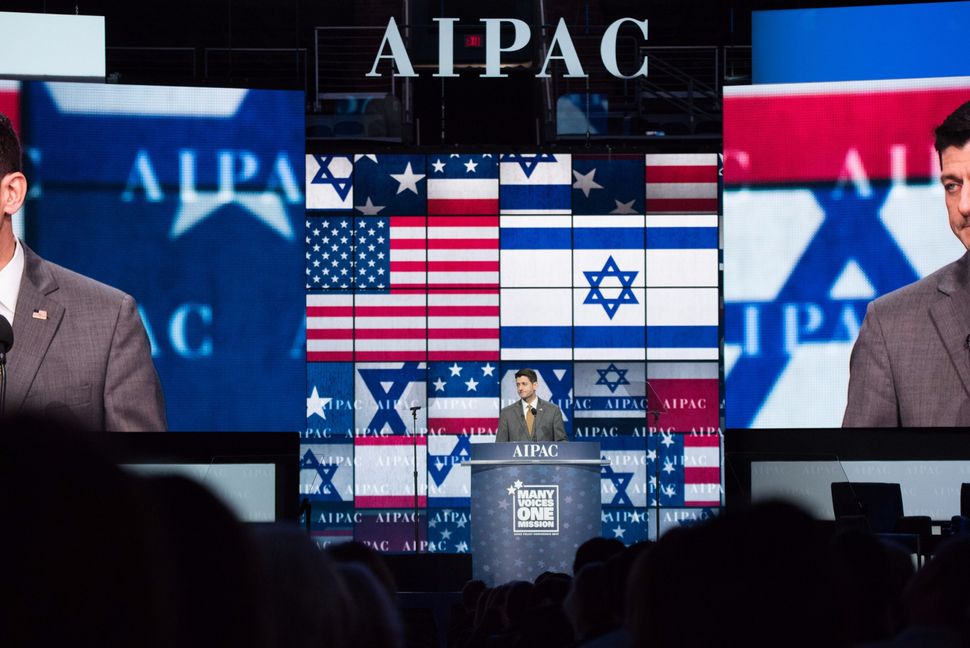 Critics of my writings on the “Israel lobby” (some of them co-authored with Professor John Mearsheimer of the University of Chicago) typically misrepresent our arguments, and they sometimes accuse us of saying the opposite of what we actually wrote. Because these critics cannot refute our case with facts or logic, they typically erect a straw-man version of our argument and go after that instead. Regrettably, Mitchell Hochberg and Dennis Ross’s response to my recent op-ed in these pages fits squarely in that tradition.

Their first error is to suggest that I think AIPAC and other groups in the lobby are all-powerful, and that U.S. presidents never defy or defeat them. But our earlier writings made it clear these groups did not win every battle and highlighted several cases where the lobby did not get its way. Moreover, my recent op-ed explicitly discussed AIPAC’s failure to halt the Iran deal. Not surprisingly, these rare defeats tend to occur on big-ticket security issues, such as whether the U.S. should attack Iran or sell arms to Saudi Arabia, or they occur when AIPAC et al have to go up against other influential groups such as major weapons manufacturers or the arms control community. On issues like the $3-4 billion annual U.S. aid package to Israel or the Israeli-Palestinian peace process, however, the absence of powerful countervailing forces allows the lobby to get its way nearly all of the time.

Moreover, their view oversimplifies how lobbies work in our democracy. One cannot measure the influence of an interest group simply by looking at whether it “won” or “lost” a particular policy dispute, because its influence can still force policymakers to water down their goals or to expend lots of political capital in order to overcome an interest group’s opposition.

This is precisely what AIPAC (and other powerful lobbies) do: even if they don’t win all the time, they try to make policymakers think twice about taking them on and to adjust their goals to what they think AIPAC and others will accept. As long-time U.S. peace negotiator Aaron David Miller has acknowledged, “Those of us advising the secretary of state and the president were very sensitive to what the pro-Israel community was thinking, and when it came to considering ideas Israel didn’t like, we too often engaged in a kind of preemptive self-censorship.”

Hochberg and Ross also argue that other factors (such as divisions among the Palestinians) contributed to the failure of the peace process. Of course they did, and we said so in our book. But my central point still stands: AIPAC and other hardline groups have made it nearly impossible for U.S. presidents to put sufficient pressure on Israel to bring about a deal.

As Nathan Thrall shows clearly in his recent book The Only Language They Understand: Forcing Compromise in Israel and Palestine, past progress toward peace required extensive and persistent American pressure on both sides—not just one—and such pressure has been consistently lacking after 1992, when United States took on the role of “lsrael’s lawyer”. Small wonder that former Israeli foreign minister Shlomo Ben Ami identifies Jimmy Carter and George H. W. Bush as the only presidents who made “meaningful breakthroughs on the way to an Arab-Israeli peace,” and argues they succeeded because they were “ready to confront Israel head on and overlook the sensibilities of her friends in America.”

Oddly, Hochberg and Ross also seem to think the emergence of J Street is at odds with our thesis and in their view undercuts our supposed portrayal of the lobby as a unified monolith. But this is another strawman: we emphasized from the start that different groups in the lobby differed on certain policy issues—including the two-state solution—but were united by the desire to preserve the “special relationship.” Even today, J Street and Americans for Peace Now defend the annual aid package and other forms of U.S. support, even when Israel takes steps that make peace harder to achieve.

Hochberg and Ross are also wrong to question my commitment to a strong U.S-Israel relationship, and to claim that nowhere else have I said that a secure Israel or strong U.S. Israel ties “are even desirable.”

This assertion is simply false, as they would know if they had read our work carefully. In The Israel Lobby and U.S. Foreign Policy, for example, we wrote that “the authors of this book are ‘pro-Israel,’ in the sense that we support its right to exist, admire its many achievements, want its citizens to enjoy secure and prosperous lives, and believe that the United States should come to Israel’s aid if its survival is in danger.” Since then both Professor Mearsheimer and I have repeatedly argued that the United States and Israel should have a normal relationship, akin to those the United States enjoys with other democracies such as Britain, France, or Japan. And we meant it.

Hochberg and Ross also make a crude attempt to link me to Valerie Plame, who was recently condemned for re-tweeting an anti-Semitic column that accused American Jews of being responsible for most if not all of our country’s recent wars. For the record, I thought the original column she retweeted was both wrong and offensive and Plame should never have promoted it in any way. But this unfortunate incident has nothing to do with me, and their decision to include it in their letter is simply an attempt at “guilt-by-association.”

In our original article in the London Review of Books, in fact, we wrote that “it would be wrong to blame the war in Iraq on ‘Jewish influence,’” and we pointed out that American Jews were less supportive of the decision to go to war than the American population at large.

Ross and Hochberg’s willingness to resort to strawman and guilt by association arguments exposes how weak their own argument really is, and how desperate die-hard defenders of Israel are becoming, for the reasons I described in my original piece.

Stephen M. Walt is the Robert and Renee Belfer Professor of International Affairs at the Harvard Kennedy School and the co-author (with John J. Mearsheimer) of “The Israel Lobby and U.S. Foreign Policy” (Farrar, Straus and Giroux, 2007).