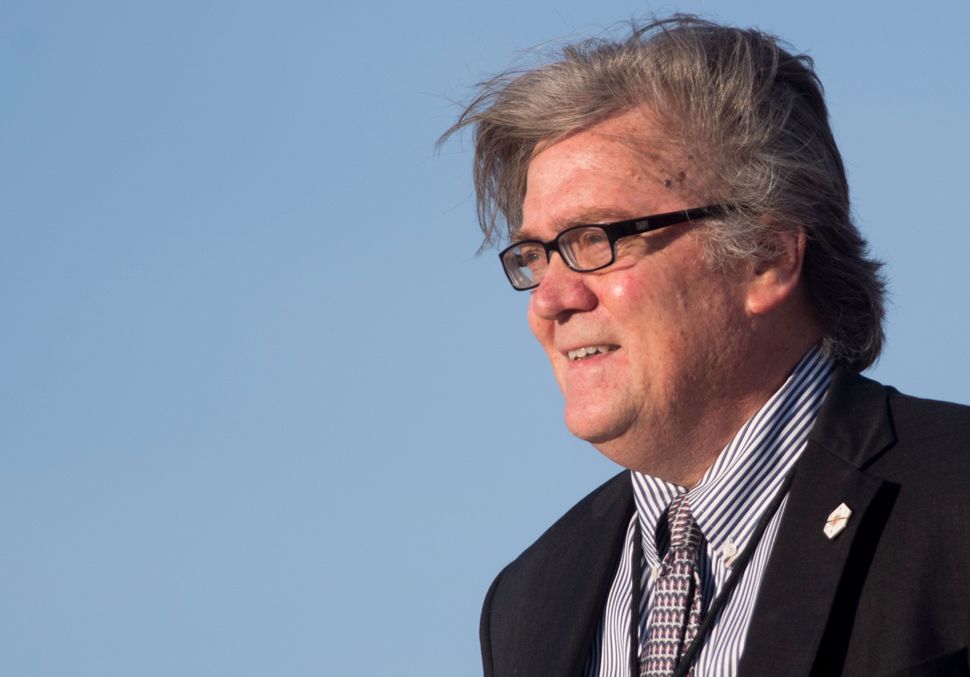 People don’t talk about it much, but it’s time we admitted it: Hitler gave anti-Semitism a bad name.

It used to be that there were shades and gradations of Jew-hatred. At one extreme were the pogroms, mob attacks on Jewish neighborhoods, mostly in Eastern Europe, that could leave dozens or hundreds, and occasionally thousands, dead or maimed. At the other extreme was what used to be called “genteel anti-Semitism” — the clubs and law firms that wouldn’t accept Jewish members, the sneering literary caricatures, sidewalk bullying of Jewish children. Between the extremes lay everything from discriminatory taxes to mass expulsions.

Then came Hitler, with his demonic plan for assembly-line total annihilation. Three generations later, we still don’t know how to begin understanding it. What flaw in the human soul made it possible? What early warning signs might have been missed back then? What must we watch for in the future? And so, in an abundance of caution — and perhaps a lingering state of shock — we take every insult as the first slide down the slippery slope. We are on perpetual high alert, ready to sound the alarm and name the anti-Semite at the first hint of trouble. We draw a wide circle around the threat, thinking it’s better to be safe than sorry.

And because people of goodwill remember what was done to us, the name anti-Semite carries a great stigma. It can end a career. It is an awesome weapon. That fact should tell us to wield it with caution. But any caution we exercise in hurling the accusation collides with our determination to call out every hint of anti-Semitism. We wield our weapon too lightly.

Which brings us to Steve Bannon, the former chief strategist in the Trump White House. There’s probably nobody in recent American history who’s drawn more florid accusations of anti-Semitism with less basis. This is not a defense of Bannon. It’s a warning not to abuse and overuse the charge of anti-Semitism.

Many of the common accusations against Bannon can be easily justified: race-baiting, anti-immigrant hysteria and especially the populist threat to democratic norms. American Jews, those in the moderate-to-liberal Jewish mainstream, can find plenty of reasons to dislike him and his beliefs, anti-Semitic or not. It might even be the case that an America remade to fit his vision would be less hospitable to the customs and moral values that most Jews regard as Jewish.

For that to be anti-Semitism, however, there would have to be some evidence that Bannon wants to disadvantage Jews in that manner because they’re Jews. There’s no evidence of that. More precisely, the evidence that’s commonly tossed around doesn’t hold up.

The case for the prosecution rests almost entirely on two charges. One is Bannon’s association with Breitbart, the right-wing provocateur news site commonly described as racist, misogynistic, anti-immigrant and anti-Semitic. The other is his association, more precisely a winking flirtation, with the alt-right, which the Anti-Defamation League calls “a loose network of white nationalists and anti-Semites.”

The ADL’s characterization of the alt-right is accurate, but misleading. The alt-right is indeed a loose network. Among the groups and individuals under the umbrella, some are white nationalists, some are anti-Semites, some are both and some are neither. Some elements, like the Ku Klux Klan and the neo-Nazis, aren’t really “alt” at all, but old-fashioned far-right haters who’ve found a new voice. What all the factions share is an attitude of defiance and contempt for social norms. Attitude is their common bond. It’s true that alt-rightists who aren’t anti-Semites are lamentably willing to overlook it in their comrades, but that weakness isn’t unique to the right.

In the case of Breitbart, the accusation of anti-Semitism isn’t complicated. The best word for it is ludicrous. The entire case comes down to two words. One appeared in the headline of a May 2016 opinion piece attacking neoconservative pundit William Kristol for opposing Donald Trump. The author, veteran right-wing gadfly David Horowitz, charged that opposing Trump strengthened Hillary Clinton, empowered Iran and endangered Israel. Weakening the GOP, “the only party that stands between the Jews and their annihilation,” Horowitz wrote, was “a betrayal so profound as to not be easily forgiven.” The headline on the article read “Bill Kristol: Republican Spoiler, Renegade Jew.”

That headline has been flogged around the world as an anti-Semitic slur and proof of Breitbart’s and Bannon’s anti-Semitism. The trouble is, Horowitz and the headline writer weren’t saying Jews are renegades betraying America. They meant that Kristol was a renegade to his fellow Jews. Horowitz was picking an in-house Jew vs. Jew feud with Kristol.

Breitbart was founded in 2007 by the late journalist Andrew Breitbart and his lawyer and friend Larry Solov, both Jewish. According to Solov, they hit on the idea while visiting Jerusalem together, motivated in part by a “desire to start a site that would be unapologetically pro-freedom and pro-Israel. We were sick of the anti-Israel bias of the mainstream media and J-Street.” You can call that a lot of things, but anti-Semitic isn’t one of them.

It’s tempting to view the misplaced worldwide alarm over the “renegade” headline as a product of extreme cynicism. But it’s been too widespread and too deeply felt to be somebody’s dirty little trick. No, what we’re looking at is a mass outbreak of Jewish neurasthenia, an epidemic of insecurity. We come by it honestly, but that doesn’t make it healthy or realistic.

The panic recalls nothing so much as the scene from Woody Allen’s “Annie Hall,” where his character is complaining to a friend about anti-Semitism at a business lunch: “I said, did you eat yet or what? And Tom Christie said, ‘No, d’zhou?’ Not ‘did you eat,’ but ‘d’zhew eat?’ Jew. You get it? Jew eat?” His friend calls him a “total paranoid.” His reply: “I pick up on those kind of things.”

On the other hand, much of the handwringing over these offenses has come not from Jews but from sympathetic non-Jews. They can’t be diagnosed with Jewish neurosis. What explains it? In part, no doubt, it’s a case of taking their Jewish colleagues’ word for it. Partly, too, there’s a longstanding conviction among Jews and non-Jews alike that when racism and fanaticism arise, anti-Semitism is sure to follow — you just have to look for it.

There may be something else at work as well: an urge to find anti-Semitism where other bigotries are blatantly present, out of fear that the other bigotries won’t arouse the public revulsion they deserve. Whatever response injustice may evoke, Hitler always gets the blood pumping.

But it’s a mistake. It dishonors the victims of anti-Semitism whose memory is exploited, and it dishonors the victims of present-day injustice whose suffering is devalued. The imperative to pursue justice is eternal. “Justice, justice shall you pursue,” we’re commanded in Deuteronomy. But the sages went on to teach: “Justice” is said twice so we’ll know to pursue justice justly.

And this should be obvious: The more we cry anti-Semitism when it’s not real, the more likely we won’t be believed when the danger is real.