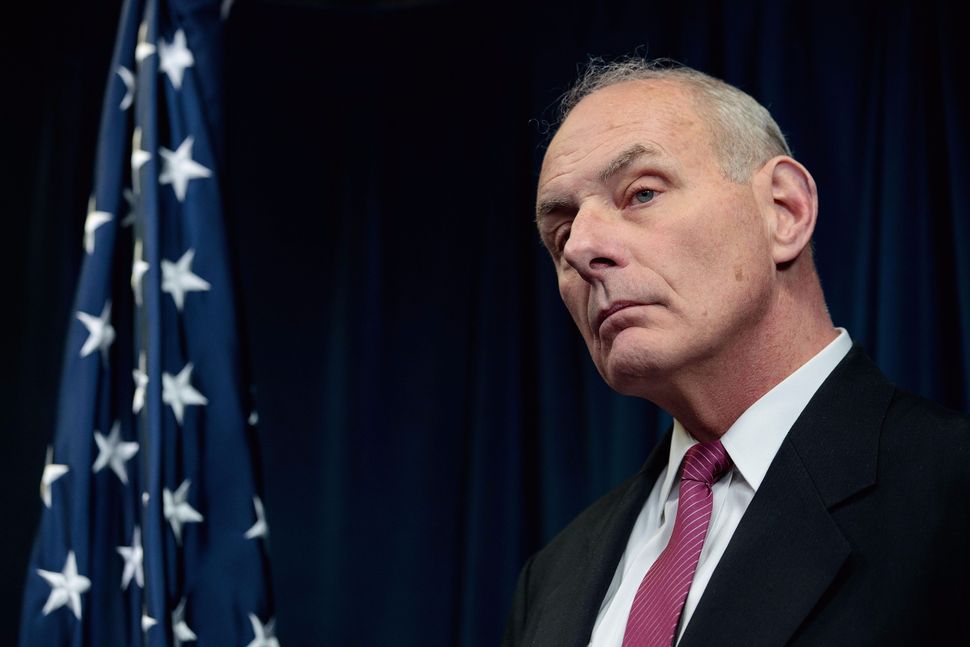 Ever since the controversy erupted over President Trump’s remarks to the widow of a slain soldier, I wondered whether anything like that could happen in Israel. As my colleague Nathan Guttman wrote in an insightful story yesterday, probably not.

Because military service in Israel is (nearly always) mandatory, Nathan explains, there is no disconnect between civilian and military life. A soldier’s death is mourned by everyone, and a “Gold Star” family member would never be disparaged. Public officials, including even the prime minister, pay shiva calls to grieving families. “Top commanders of the units in which their sons served will keep in touch with the family for years, as will fellow comrades from the unit, who will make a point of showing up at the cemetery for annual memorial services,” he tells us.

Contrast that to President Trump’s behavior. Just this morning, he went to Twitter to again dispute the statements made by Myeshia Johnson, widow of slain Sgt. La David Johnson.

Contrast that, too, to how White House Chief of Staff John Kelly last week felt compelled to give a detailed account of what happens when a U.S. soldier dies — explicitly acknowledging that most civilians don’t know anything about the process. Kelly’s press briefing “was a microcosm of the divide,” Phillip Carter, a senior fellow at the Center for a New American Security, tells The New York Times. “He both craves to be understood by society but also holds the military above and apart from society.”

Kelly widened the divide by asserting that the military was an elite class distinguished by its infallible values — as if the rest of us don’t share those values. And then, when it came time for questions from the media, he only called on people who knew families of dead service members.

Kelly’s talk, writes Alex Horton in The Washington Post, “begins with a basic premise — that civil society and military circles are culturally, socially and geographically distinct, a form of isolation with real consequences for the country.”

In that sense, he’s right. We pay lip service to the bravery and sacrifice of the all-volunteer military — including Kelly’s tragic loss of his own son — but that military represents a miniscule percentage of the public it serves, and most of us don’t have a clue about what military life is like, here or overseas. Like many Jews, I suspect, I know more Americans serving in the Israeli military than in the American armed forces.

Writing in The New Yorker, Masha Gessen warns that Kelly’s press briefing “could serve as a preview of what a military coup in this country would look like.” Among her reasons: Kelly said that the President’s critics don’t know what they’re talking about because they didn’t serve in the military — of course, Trump didn’t either — and that presidents should follow their generals.

I don’t find her argument convincing, but I appreciate the danger she cites. Ironically, Israel may seem like an overly militarized country, where soldiers and their weapons are seen everywhere, but that very fact also mitigates against positioning the military in a class by itself — superior, uniquely patriotic, worthy of civilian obedience.

For decades, I have argued that the United States should reinstitute compulsory national service, in the military or in communities across the country. It would serve our many pressing needs while binding a disparate nation. It would also bridge the divide between civilian and military sectors — a divide that grows every time the president seems to send out another tweet.

He should have paid a shiva call instead.

What I’ve been writing. With some reluctance, I, too, shared my “#MeToo” story last week, ending decades of silence to support other victimized women and remind all the good men out there to take these stories seriously. I was gratified by the response, hearing from readers around the country and even in Europe. I’ll be writing more about what the Jewish community should do, so please send your ideas to [email protected].

I also contributed the story about my own bat mitzvah to a charming and revealing series we are running about how this old ritual is remembered and rejuvenated. And the best email in response came from my childhood rabbi, pictured in the photographs!

The Rohingya genocide. A few weeks ago, I wrote about the genocide of Rohingya Muslims murdered and forced to flee from Myanmar. Since then, other Forward columnists have weighed in on the culpability of the Israeli government and security sector in selling arms to the Myanmar military.

Now we ask for your thoughts. Should Jews speak out against these atrocities? Does Israel deserve the criticism? Let us know here.

The Band’s Visit. The new musical adaptation of the 2007 acclaimed Israeli film “The Band’s Visit” is in previews on Broadway, and I was lucky enough to attend a performance Saturday night. Lucky, but also let down. The play is as charming, clever, well acted, lyrical and moving as I had been told, and I and my companions thoroughly enjoyed the evening. But it also left me wanting a deeper exploration of what might have really happened when Egyptians and Israeli Jews unexpectedly confront each other.

My sense is that the playwright and director consciously chose to focus on the personal and not the political. That may be wise. But was it a missed opportunity?

Looking forward. It wasn’t until I lived in England years ago that I came to understand that Halloween is a very American holiday. But many Jews here still have an aversion to it — for good reasons. Watch for our coverage, tricks and treats, all this week.