Why Princeton Hillel Was Right To Disinvite Israeli Official 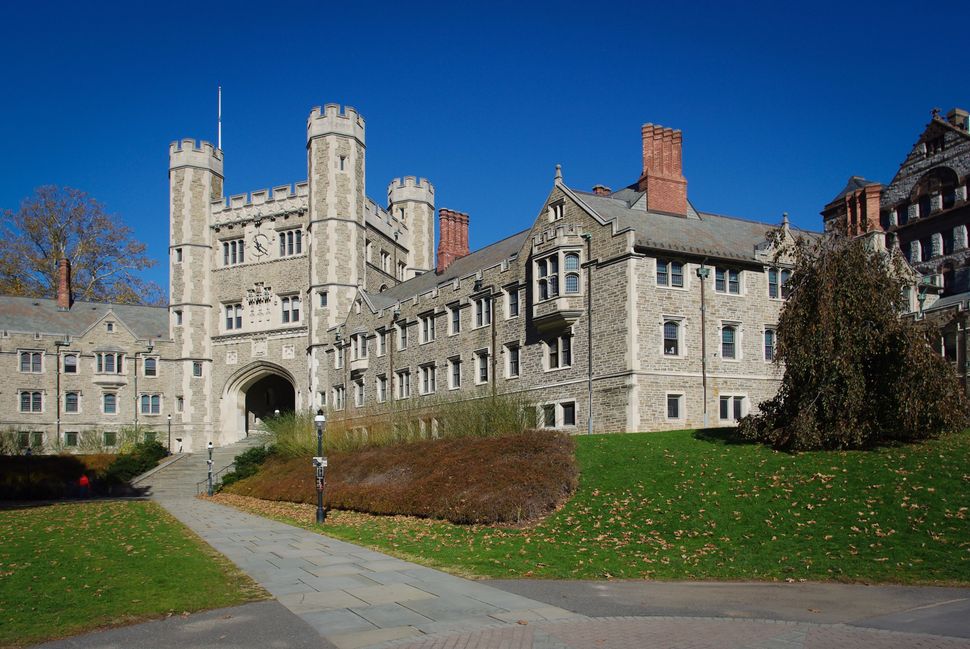 The cancelation by the Hillel, known as the Center for Jewish Life, came after students complained that Hotolevy has “repeatedly made racist statements.” Hotovely denies any Palestinian claim to land, and recently told Palestinian Members of Knesset: “You are thieves of history. Your history books are empty.” She also invited the racist, anti-intermarriage group Lehava to speak to the Knesset, explaining, “It is important to me to check systems to prevent mixed marriages, and Lehava are the most suitable for this.”

In inviting Hotovely, the students argued in a letter, CJL has violated its own Israel policy to never sponsor speakers who “promote racism or hatred of any kind.”

The spectacle of left-wing students forcing a Hillel to cancel a speaker wonderfully inverts a familiar routine, in which Hillels censor and censure anti-Occupation students and their speakers. Hillel International’s Israel guidelines exclude from partnership those who deny Israel’s right to exist as a Jewish state, or support boycott, divestment and sanctions, or even “demonize” Israel. So reviled are these standards that they birthed a campaign called Open Hillel, which advocates dropping them in favor of a big tent philosophy.

So there’s an irony to the fact that after years of lefty Jews whining about a lack of pluralism and tolerance in Hillel, they have turned around and shut down an event with a speaker with whom they disagree.

Was this a good idea on the part of the progressive students? Was it morally consistent?

Actually, I think it was an excellent idea, and an encouraging sign about American Jewry’s relationship to Israel. Let me explain.

First of all, there is absolutely nothing wrong with Jewish communities having standards for Israel partnership. In fact, I disagree with Open Hillel. Hillels are not state organizations, and they need not be value-neutral or respect free speech.

Quite the opposite: Hillels exist to uphold certain values. No Hillel should be expected to host a Jews for Jesus chapter, a Daily Stormer reading group or even just a pig roast. An institution with values will necessarily tell some groups and speakers to go elsewhere. (Think about a branch of the College Democrats, or the Campus Crusade for Christ, or Students for Justice in Palestine — do they need to be “inclusive,” too?)

To be sure, Hillels should be religiously pluralist, because American Jews have agreed that our denominational differences are not worth fighting over. But if a community believes in substantive values, those values are worth fighting over, and the community must rule some events and speakers off-limits.

As a result, fighting for “inclusiveness” above all will ultimately turn us all into hypocrites. Open Hillel, for instance, aims “to eliminate Hillel International’s Standards of Partnership for Israel Activities, which exclude individuals and groups from the Jewish community on campus on the basis of their views on Israel.” Yet Open Hillel also protested a Hillel partnership with Israel’s Diaspora affairs minister, Naftali Bennett, complaining that he is anti-democratic.

True enough: Bennett favors an annexation of the West Bank. But the deeper point here is that if, like Open Hillel, you have deeply held values about Israel, you simply cannot include everyone.

Left-wing speakers who favor equality and justice have been pushed out. Meanwhile, people like Bennett and Hotovely are routinely invited, as well as others willing to spread problematic views of Palestinians. As a college student, I heard Knesset member Effie Eitam compare Arabs to bears; Eitam argued that when you stand up to a bear and say, “I am a human, and you are a bear,” it backs down, and so do Arabs.

In my experience, Hillel’s standards of partnership are too often used to exclude moral critique of Israel, while creating a safe space for ultra-nationalists and racists.

But here’s the point: The left should not demand the abolition of these standards. It should rather demand they be rewritten sanely.

Indeed, goals like inclusiveness and tolerance are ultimately untenable. And they emerged on the Jewish left only because we were so weak. In 1973, when American Jews formed Breira, a group advocating a two-state solution, American Jewry quickly crushed the new group. Meir Kahane’s thugs physically disrupted a Breira conference in Washington, D.C. Meanwhile, Commentary magazine published a long attack article naming key Breira leaders. Some Breira members were so scared of the consequences that they wrote sycophantic letters to Commentary, disclaiming their involvement. The group dissolved in four years.

The exclusion and disbandment of Breira still haunts Jewish liberals, as do similar manifestations of exclusion today. The Conference of Presidents of Major American Jewish Organizations still won’t accept J Street as a member organization. As a result of this kind of strong arming, we Jewish liberals feel that we’re always on the outside, always marginalized. As a result, we feel like just being in the community would be a success, so we promote inclusion, and big tent policies.

But this is a mistake. Instead of advocating for a big tent, left-wing Jewish groups should start policing their own boundaries — and the boundaries of the broader Jewish community — just as the right does. Left Jewish power has been building for a decade. J Street is now twice as old as Breira was when it died, and its orders of magnitude are bigger.

On J Street’s left is Jewish Voice for Peace, which is flourishing and growing. Young Jews question Israel freely and easily, and Jewish institutions cannot exclude those of us who oppose the Occupation without losing a key constituency. Jewish leftists are getting our seat at the table. Naturally, and healthily, we are going to want to review the guest list.

It is in this context that the Princeton case is promising, because it shows that the institutions are starting to include us in decision making about who’s in and who’s out. And that’s a sign of our success.

Raphael Magarik is a doctoral candidate in English literature and Jewish studies at UC Berkeley.

Why Princeton Hillel Was Right To Disinvite Israeli Official