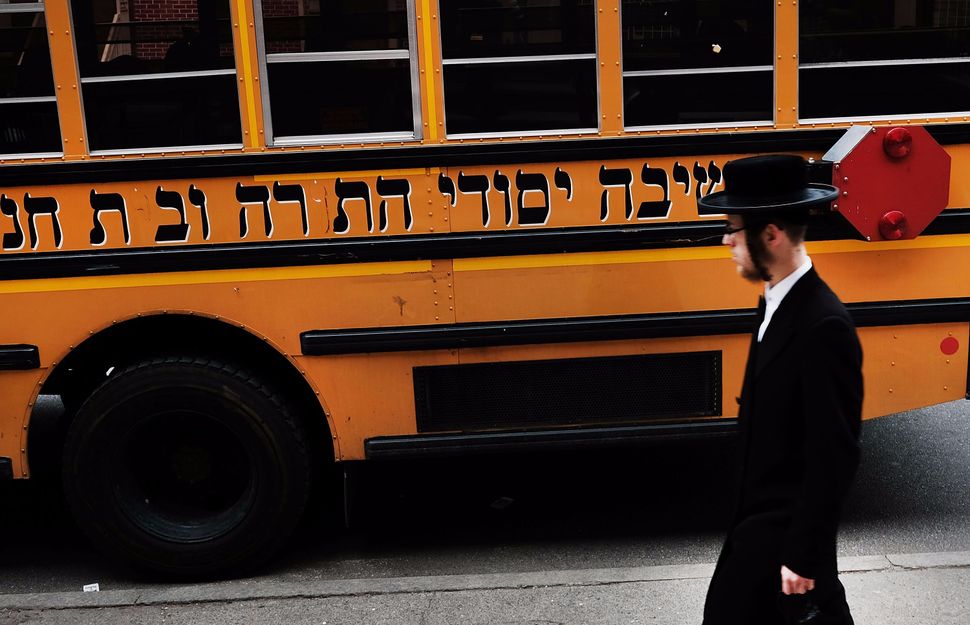 On Election Night, I turned on the TV and waited patiently. There was only one competition I was particularly personally invested in: the New York City Council race for the 44th District.

The race was waged between an attorney named Kalman Yeger and a social worker named Yoni Hikind. Each had a strong ally backing him: Yeger’s ally and current seat holder, David Greenfield, had left the seat open to take a job as CEO of the Metropolitan Council on Jewish Poverty. And Assemblyman Dov Hikind is Yoni Hikind’s father.

There was a lot of interest in the race, thanks to the political shenanigans and intrigue involved. The district is heavily Orthodox, and it was alleged by Hikind supporters that Muslim activist Linda Sarsour, not a particularly popular personality in the Orthodox world, had endorsed Yeger. For their part, Yeger supporters had spread around flyers smearing Hikind for not being married, unusual in the frum world.

Politicos, too, were watching the race closely as a proxy war (http://cityandstateny.com/articles/politics/campaigns-and-elections/key-2017-new-york-general-election-races-to-watch/#.WgNrDltSzcc) for two Orthodox political leaders — Hikind and Greenfield — who are often at odds, each with strong pull in the area.

Whoever won the election would have a seat of great power in the city council. Whoever lost would be a soon discarded name that people would forget (at least until he potentially ran again).

None of this had anything to do with my interest in the race, though. I was curious because I have a strong religious background, and it seemed to me that Yoni Hikind was a different kind of politician than others in his community. He was presenting a bold, clear vision for his community.

While his father is a politico, Hikind came to the race from a background in social work. As opposed to merely kissing up to the power brokers in the area, he instead called for solutions to problems in the district that real people I know have.

As the young local Orthodox activist Ahuva Bookbinder put it: “What I liked about him was that he was going to end alternate side parking, which I feel endangers cyclists like myself. He also understood that there are nonreligious and non-Jewish people living in the 44th District.”

Most important to me, though, was how Hikind contrasted with Yeger in their view of children in the community.

It’s a well-established fact that ultra-Orthodox children are frequently shafted when it comes to getting a secular education in their private religious yeshivas. Activists have long tried to get politicians to enforce secular education laws already on the books, to little or no avail.

On this front, Yeger’s position was the familiar one. He routinely attacked Yaffed, a Hasidic education reform group that has been pushing for New York City to enforce the education laws. Yeger proudly claimed that he had a Hasidic education and he believed the schools were giving their kids a good education.

Hikind also maintained throughout the campaign that outsiders like Yaffed needed to respect the Orthodox community, and said he was “proud” to be a part of it. But considering that the education system “across the board” in New York City was imperfect, Hikind said he wanted to work with the community as a partner to improve things.

The story that unfolded will not be unfamiliar to those of us who have followed this issue over the years: The Haredi community and New York’s Conservative Party rallied behind Yeger. Yeshiva World News, one of the most popular Haredi Jewish news sources, slammed Hikind for empowering the “disgruntled ex-Hasidim” who were suing the yeshivas for not providing them with a decent education.

Despite Hikind’s good faith efforts to start a conversation, he was defeated in a landslide, and the community managed yet again to hush the voices of those pushing reform.

Not too long ago, even mentioning Yaffed would have marked you as somebody to be shunned for being too “controversial.” Today, mainstream politicians have discussed them. And while Hikind may have implied that Yaffed is made up of “outsiders,” the idea of fixing an education system that does not seem in compliance with the law is no longer as crazy as it used to be.

I am not saying that Yoni Hikind was necessarily pure as the driven snow. I’m not even saying he was the right man for the 44th District. But I have been watching politics carefully for a number of years now, and very few politicians balance their respect for the community with a healthy internal critique of what needs to be changed; it is much easier to simply say all the things that your constituents want to hear.

Perhaps we will look back at Yoni Hikind as somebody who brought these conversations out into the mainstream. Perhaps he will eventually find himself running again. Perhaps we will even see the cause of suppressing secular education as so embarrassing, and the forces for liberal reform as so obviously correct, that they will win a surprising victory that includes many ultra-Orthodox voting for reform, a victory akin to that which Democrats won on Tuesday in Virginia.

And for contributing to the possibility of such a thing happening, Yoni Hikind does not deserve to be as easily forgotten as so many council candidates before him.

Mark Pelta grew up in the South, went to yeshivas, graduated from Touro College, taught English to preschoolers in Japan and today works in the Orthodox community.