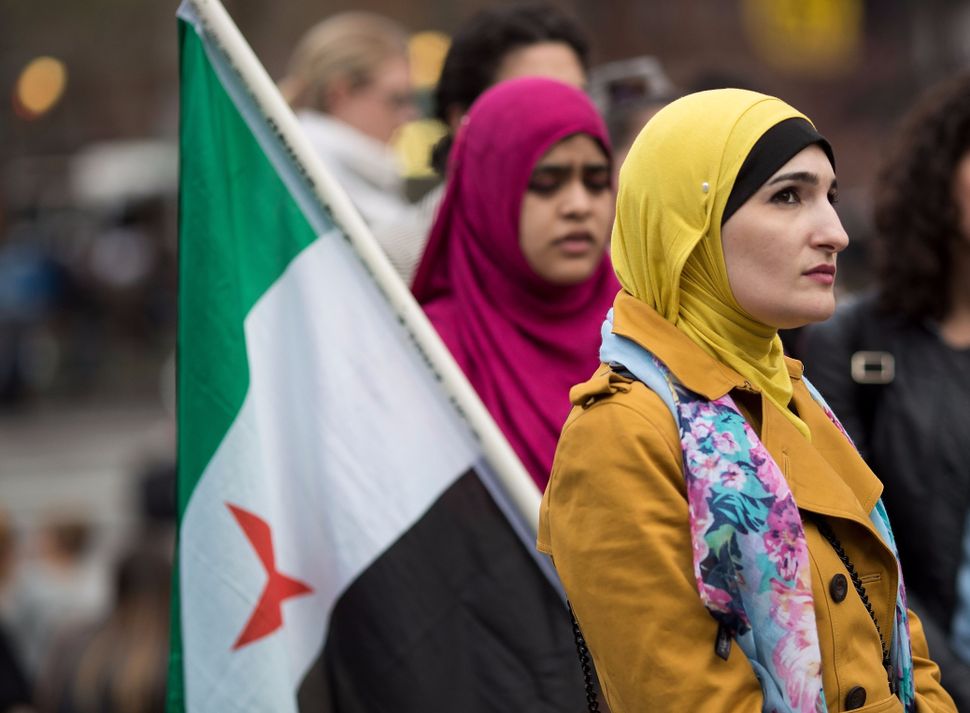 It seems rather obvious that an event titled “Anti-Semitism and the Struggle for Justice” should feature at least one scholar who has actually studied the history and pervasiveness of anti-Semitism. It also seems obvious that to be taken seriously, it should be framing the question in a way that takes seriously the charge of anti-Semitism.

Unfortunately, this is not the approach that the organizers of the November 28 event at New York City’s The New School have taken.

Let’s start with the second charge. The description of the event already makes it sound like it will have very little to do with anti-Semitism. “Antisemitism is harmful and real,” the description reads. “But when antisemitism is redefined as criticism of Israel, critics of Israeli policy become accused and targeted more than the growing far-right.”

A word to the wise: There is almost never a good “but” that pivots away from the seriousness of anti-Semitism. Imagine saying, “Mass incarceration is evil, but…” or “South African Apartheid was bad, but.” Now imagine the description of a panel on mass incarceration including that language in its description, and you’ll get a sense of how curious this word choice was (I reached out to The New School to ask about this, but was sent a statement emphasizing thst the event is being organized by the socialist magazine Jacobin).

Indeed, the description makes it seem like the event is not at all about confronting and tackling anti-Semitism in America. Rather, it seems to be focused on what comes after the “but” — critics of Israel who are sick of being called anti-Semitic when what they are is anti-Zionists.

This makes a lot more sense when you consider the invited panelists. Rather than experts in the history and present manifestations of anti-Semitism, the organizers have chosen panelists who have in the past minimized the significance of anti-Semitism in America or, even worse, have bent over backward to defend blatantly anti-Semitic acts.

Among those invited is Linda Sarsour, the new face of intersectional feminism. Sarsour is many things, including a charismatic leader and an adept social media presence. But an expert on anti-Semitism she is not.

It’s true that Sarsour has made a point of opposing anti-Semitism and standing in solidarity with Jews, after the events in Charlottesville, Virginia, for example. And I myself have defended her speaking at the CUNY School of Public Health commencement.

But she also has a problematic history when it comes to minimizing anti-Semitism. In a video for Jewish Voice for Peace, posted in April, Sarsour was clear on the subject. “I want to make the distinction that while anti-Semitism is something that impacts Jewish Americans, it’s different than anti-black racism or Islamophobia because it’s not systemic,” she said. “Of course, you may experience vandalism or an attack on a synagogue, or maybe on an individual level… but it’s not systemic, and we need to make that distinction.”

But Sarsour is hardly the most problematic presence on the panel. Also in attendance will be Rebecca Vilkomerson, executive director of the explicitly anti-Zionist JVP, and Lina Morales, chair of JVP’s Jews of Color and Mizrahi/Sephardic Caucus.

As you might recall, JVP was one of the most vocal defenders of the Chicago Dyke March organizers when they expelled Jewish women for simply carrying Stars of David. People and publications throughout the globe denounced the organizers for the anti-Semitism involved in barring marchers for displaying signs of Jewishness, when signifiers of all other nationalities, ethnicities and religions were allowed. But JVP decided to defend the organizers by justifying the hostility toward the Star of David display, on the grounds that “Palestinians can justifiably feel unsafe around a blue Star of David in the center of a flag.”

By justifying the anti-Semitic act of kicking out Jews for having Jewish (not Israeli) signs, JVP perpetuated a disturbing practice of justifying anti-Semitism if it can be connected in any way to Israel. According to the logic of JVP, Jews must denounce openly their support for Jewish sovereignty if they are to be welcomed. If they don’t disavow their Zionism, then it is perfectly okay to slander, attack and exclude them without such behavior having the taint of anti-Semitism.

The irony is that news of the panel broke the same day that the Federal Bureau of Investigation released its hate crime statistics. On that day, we learned that, once again, Jews comprise the majority of victims of religiously motivated hate crimes in America, making up 54.4% of all victims. Muslim victims, the next biggest group, made up just half the amount — 24.5%.

America has a serious and persistent problem with anti-Semitism, and part of the challenge for people truly committed to fighting it is making our fellow countrymen recognize its gravity.

Perhaps inadvertently, the event, featuring as it does a majority of panelists who have themselves minimized the damage of anti-Semitism and defended anti-Semitic, acts to shed light on why anti-Semitism remains such a pervasive problem. When an academic institute, in one of the most cosmopolitan and progressive cities in America, hosts an event that is devoted to qualifying and justifying the noxiousness of a prejudice that fuels the majority of religious-based hate crimes, it is clear that the most heartbreaking and frustrating part of combatting anti-Semitism in 2017 is getting people to recognize and acknowledge its reality.

Emily Shire is a journalist covering feminism, politics and religion. Her work has appeared in The New York Times, The Daily Beast, WashingtonPost.com, Slate, Salon and other publications.