How The Jewish Community Can Make #MeToo Into #WeToo 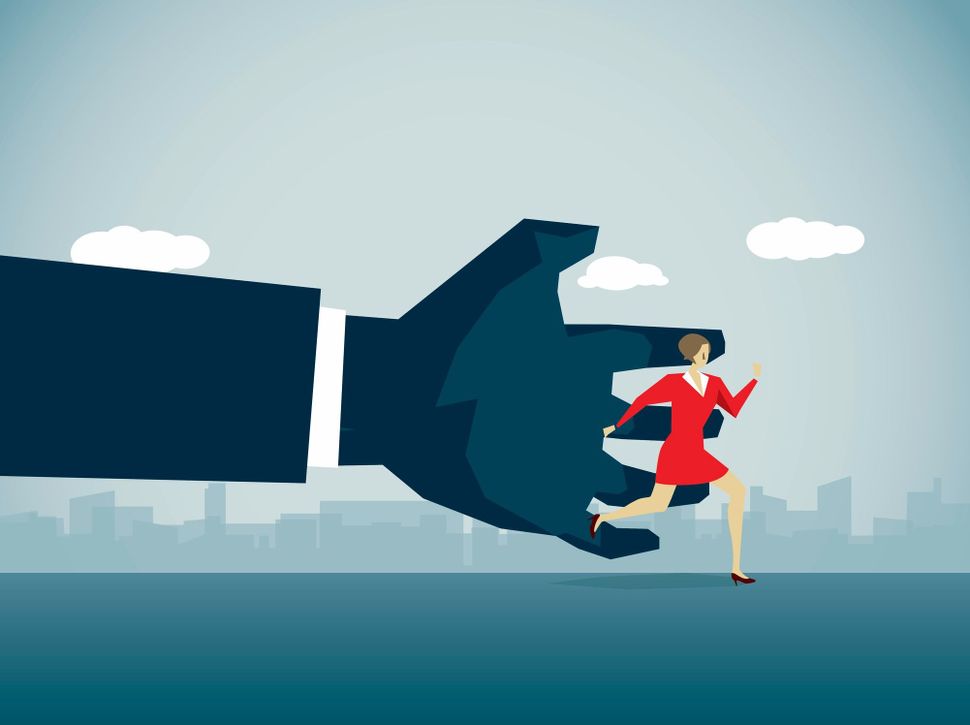 We may be at an inflection point, a moment when #MeToo becomes #WeToo, when the gender rules that have hurt and disadvantaged women for so very long are finally and substantively challenged. And if so — if the outpouring of painful recollections and apologies and resignations and outrage unleashed by the Harvey Weinstein story are to lead to real change — then we need, as individuals and as a Jewish community, to focus on what comes next.

Only then will we know whether this media storm will blow over like all the others, or whether it will lead to a genuine shift in gender relations and understanding.

There is plenty of reason for skepticism. Ever since Anita Hill testified against Clarence Thomas in 1991, there have been regular bursts of revelation and indignation, but the abuse continues, often without penalty. Thomas is on the Supreme Court. Bill O’Reilly is raking in millions. And Donald Trump is in the White House.

Something feels different this time, however. Rigorous journalism, social media sharing and the sheer courage of so many women have opened the wound so wide, it may be difficult to stitch back together as if nothing happened. I’ve had more heartfelt conversations with men about this issue in the past month than I have had in the past decade. And that is likely due to not just who has been accused, but also who is doing the accusing.

“Weinstein’s sexual-harassment scandal is unlike almost every other in recent memory because many of his accusers are celebrities, with status, fame and success commensurate with his own,” Jane Mayer wrote in The New Yorker. “Sexual harassment is about power, not sex, and it has taken women of extraordinary power to overcome the disadvantage that most accusers face.”

So the first step in figuring out what comes next is to listen to the less powerful, to consider their experiences as legitimate as Gwyneth Paltrow’s and Angelina Jolie’s. And we should start at home. Like in the Jewish communal world.

About a year before “Weinstein” became synonymous with men who harm women, Naomi Eisenberger, founding executive director of The Good People Fund, heard an all-too-common story from a young woman who leads a small not-for-profit organization: She was out with a prospective donor when he hit on her. “She was rattled and did not know what to do,” Eisenberger told me. “My response was to run as far as you can. No money is worth that.”

Distressed, Eisenberg contacted Martin Kaminer, a trustee of the Kaminer Foundation, and they decided to conduct an informal survey asking Jewish communal professionals about their experiences with sexual harassment on the job, and the consequences, if any, to their organizations. More than 100 responses yielded poignant, sometimes infuriating stories and strong anecdotal evidence that the problem is widespread. (For some context, a recent Wall Street Journal poll found that 48% of all employed women say that they have received an unwelcome sexual advance or other verbal or physical harassment of a sexual nature at work. That’s nearly half the working women in America.)

Joining forces with Jamie Allen Black, executive director of the Jewish Women’s Foundation of New York, they began to offer training to organizations and started to think about a broader, more analytic survey. Then #MeToo lit up Facebook, and they created a closed Jewish companion group, #GamAni (#MeToo in Hebrew), for sharing experiences at the intersection of gender, power and culture.

The stories posted to this private venue are chilling, and unfortunately familiar.

“On a visit to his office, a very prominent national donor asked me to walk across his office, locate a small statue and describe what I saw,” one woman wrote. “It was an ancient pornographic depiction of a sex act. The donor insisted that I describe what each figure in the sculpture was doing, and kept egging me on until I finally did just to end the harassment. At the end of the visit, he propositioned me. I felt ashamed and disgusted.”

“When I worked as an education director, several congregants came to me to complain about sexual harassment and inappropriate touching from our then rabbi. I convened a meeting with the board. The rabbi’s contract was not renewed, but the board president (male) wrote him a glowing recommendation and he received another job. The professional organization’s ethics committee was contacted by me. The all-male members who came to investigate further traumatized the women with their questions, such as, ‘Are you sure this really happened?’ The new rabbi [forbade] those of us who knew about the incidents to speak further about it. Nothing as far as I know was done about that offending rabbi.”

The second step is to build on this #GamAni campaign to ensure that every Jewish not-for-profit, no matter how small, has a serious policy against sexual harassment and a believable, accountable process for dealing with it. “One of the immediate takeaways from our work so far is that employees and organizations are at risk because of a lack of policies and training,” Kaminer told me. “It’s like a fire evacuation plan — it’s not that complicated, but you need to have one. Employees need to have trust that their leadership has their back.”

But to view sexual harassment as only a workplace concern is too narrow, and ultimately self-defeating. For centuries, women have been obliged to police men’s bad behavior and sexual proclivities, and frankly, we’re tired of it. We’re tired of bearing the burden of what Jim Wallis, president of Sojourners, a progressive evangelical Christian ministry, calls the “culture of toxic masculinity.”

So step number three takes us back home, back to how children are raised. It’s not enough to raise our daughters to protect themselves; we must raise our sons to treat everyone with simple dignity, and insist that others do, too.

Most good men, and that’s most of the men I know, would never act like a Harvey Weinstein. But they may not have realized how much they, as men, benefited from a culture that allowed other men, even a minority of men, to mistreat women and therefore enhance male power and advantage. One of the subtle but significant outcomes of this crazy moment is that many men are being forced to confront how widespread sexism and its more injurious consequences really are, and how they have benefited from this gendered order without even knowing or trying.

When I recently shared my own experience of sexual harassment by an editor early in my career, opening up after decades of silence, I did so with a plea to all the men I know: “Please appreciate that even if the experiences you hear of sexual harassment may seem benign, they are not. They are violations not easily forgotten. They linger in the psyche for years, and can perversely make a victim feel like an enabler, guilty for what happened, guilty for somehow allowing it to happen.”

Step four: Realize that, at its core, this moment isn’t just about sex or gender or power, and therefore it won’t be resolved by simply instituting a new workplace policy or shaming every sexual predator we can find. It will be a true inflection point if we treat each other with a little more dignity, and if we show compassion for those whose dignity was diminished by an unwanted touch, an inappropriate proposition, or much, much worse.

How The Jewish Community Can Make #MeToo Into #WeToo