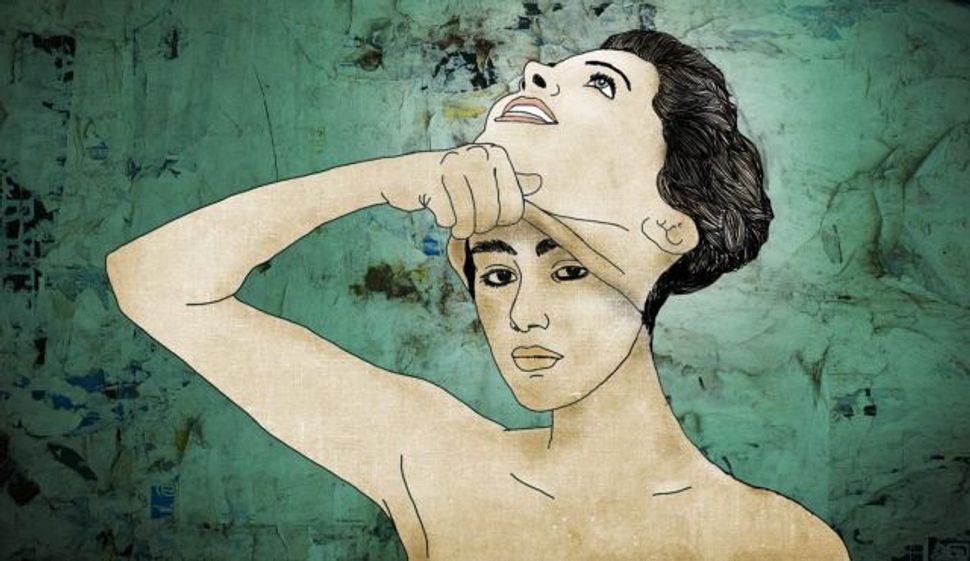 Yesterday was Transgender Day of Remembrance. It’s a day to mark the violence against the Transgender community. Unfortunately, in one Jewish Facebook group, it was marked by cruelty instead.

Facebook groups have evolved over the last few years from groups of a few dozen people from your high school class to thousands of people with shared interests. They are not just a playground for adults, but full-time jobs for the administrators, as well as a place to make friends, to learn and educate, and of course, to debate hot topics.

The group ‘Jewish Women Talk About Anything’ (JWTAA) currently has 25,745 members. That’s at least one less than it had yesterday, when a Transgender woman was removed. She was removed from the group on the grounds that anyone who was not born female does not come under the title of a woman. By way of explanation, the group’s administrator posted that “the majority of the responders did not feel comfortable with trans members so we deferred to the majority.”

Readers probably don’t need reminding of a time when people didn’t feel all that comfortable having Jewish members in their clubs, either. And I would ask the administrators whether they allow converts to Judaism into their exclusive members room; after all, converts were not “born Jewish” so they would have as little place in a group for “Jewish women” as someone who wasn’t born a woman.

But in any event, the idea that these “responders” upon whom the administrators relied — though no one who posted could remember a vote taking place — should get to speak for 25,000 of us seems ludicrous to me. Maybe that’s just my hope talking, though. While this group is not specifically Orthodox, it is led and moderated by three Orthodox women, and there are often loud Orthodox voices in the mix. As an Orthodox woman myself, I can only speak through that lens. And when it comes to gender, despite the Mishnah itself identifying as many as half a dozen genders between male and female, the message which is coming across loud and clear to me is: We Don’t Accept You.

But maybe I shouldn’t be surprised. We’ve seen it before, in other ways. And it’s rarely to do with Jewish law. We all know the single woman in her thirties who is “on the shelf” and forgotten. We all know the divorced man in his late 40’s who has fewer and fewer Shabbat invites because “my kids are becoming teens and it’s not so appropriate.” Or the couple who have been married seven years but don’t have kids so “it’s hard to know what to talk to them about.” Or what about the gay couple who identifies as Orthodox and comes to shul but also “literally hold hands in public, like they don’t even care.”

Orthodox Judaism is known to ignore those on the fringes, those who don’t fit the mold. And if you’re paying attention, that means anyone outside of straight married couples with kids.

A Facebook group can of course allow whoever it chooses through its virtual doors. But when the group is called “Jewish Women Talk About Anything”, closing those doors to Transgender women is a powerful statement. It means that according to these 26,000 Jews anyway, a Trans woman is not a woman.

Restoring my faith in humanity somewhat, I watched through the night as members spoke up in her defense, angry at the policy, announcing their departure from the group and calling the act bigoted, narrow-minded and cruel.

Perhaps in response to the backlash, the moderators agreed that removing Trans women would no longer be the blanket policy. They would allow trans women who have not “caused waves”, or who have refrained from making themselves known to be “overly dramatic” and trans-agenda driven. Only when someone is very vocal about their trans status would the moderators evaluate if they will be a good fit, they clarified.

The message was clear: Keep quiet. Keep your head down. Don’t be too different, or too loud about that difference. If you can manage that, you can stay. If not, you’ll experience cruelty and violence. Although we hate to do it, you will be asked to leave.

Maybe it was the perfect way to commemorate Transgender Day of Remembrance after all.

UPDATE: Since this article has been published, I’ve been removed from the group, the article has not been allowed to be posted, and I’ve been told to take it down if I want to come back to the group.

Elisheva Sokolic is a writer living and working in London. More of her writing can be found at www.elishevasokolic.com, or on scraps of paper scattered around her home.