The Importance of JVP’s Anti-Semitism Panel With Linda Sarsour 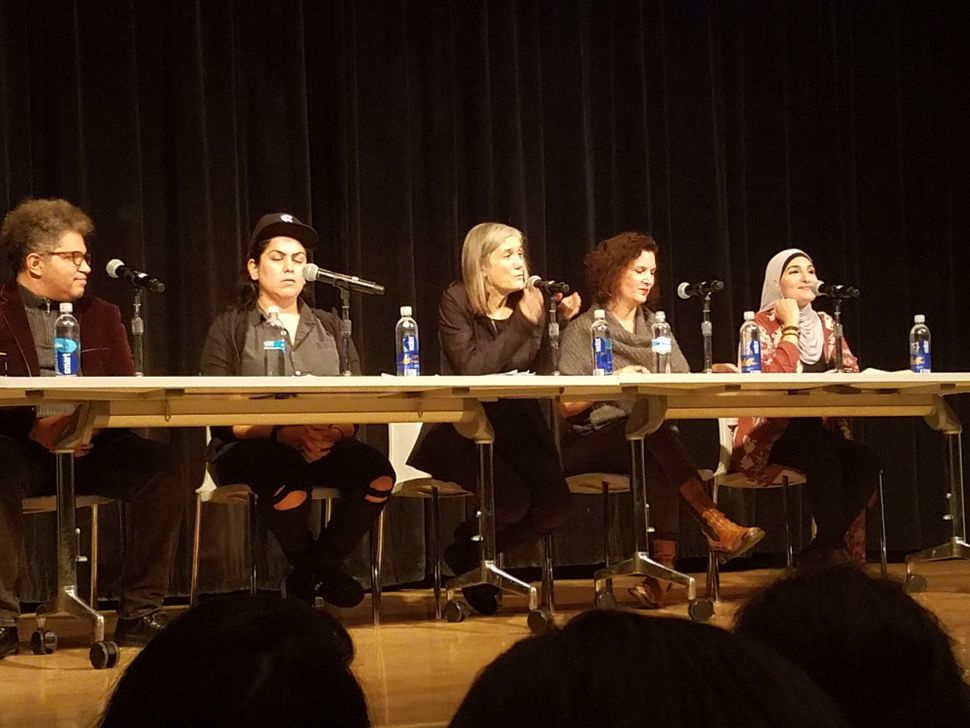 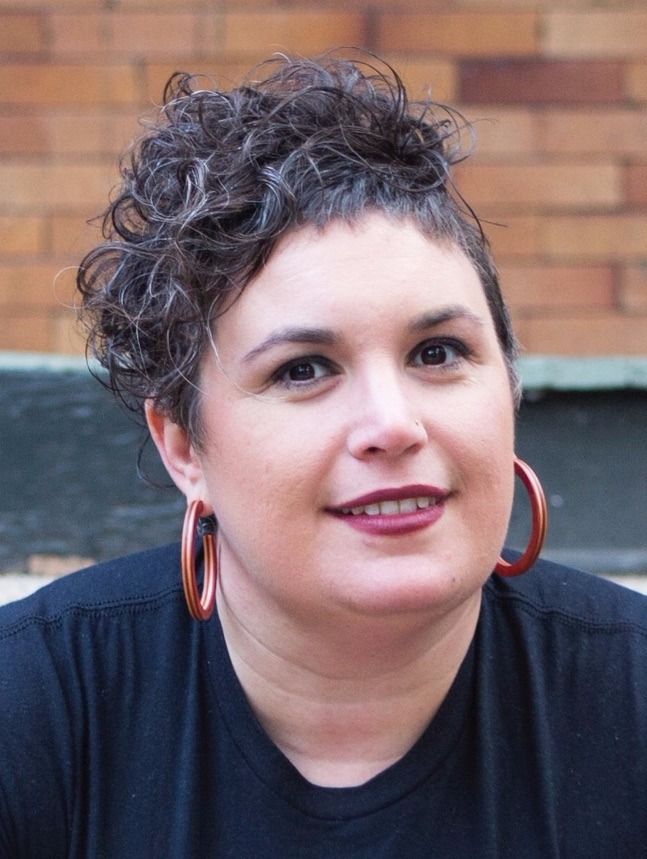 In this week’s Torah portion Jacob, paralyzed by fear, divides his community in two, for fear his brother Esau would destroy them. At least if they destroy one group, he rationalizes, another group will live. Out of his fear,Jacob gathered gifts to pacify his brother Esau. But when Jacob approached his brother, Esau ran to meet Jacob and embraced him, threw his arms around his neck and kissed him.

Growing up in my Jewish day school I was taught to live in fear. I was taught that the legacy of the Nazi Holocaust and centuries of anti-Jewish hatred meant that Jews have to look out for each other because nobody else would. It was us against an anti-Semitic world. That this ancient story of Jacob and Esau had no relevance for our times – in fact, that trusting another to embrace us was a dangerous and even treacherous fantasy.

That was a very scary and isolating idea. It was uncomfortable and I didn’t want it to be true. It took me some time, but eventually I found the courage to build relationships outside the Jewish community that were loving, mutual, and supportive. And the further I got out into the world, I learned not only that it wasn’t true that we were all alone in the world, but that I had a role to play in not allowing it to be true.

This is a pivotal moment in our history – as people in the world and as Jews. All sorts of hatreds, including anti-Semitism, are more visible than they have been in my lifetime. But we have to learn the lesson of this story – the only way we’re going to fight anti-Semitism is by embracing all those who are willing to fight along with us.

Last night at The New School, amidst intense pressure from all corners of the Jewish establishment— the ADL, the JDL and Hillel to name just a few—I felt a new era dawning for addressing and discussing anti-Semitism in the Jewish community as Linda Sarsour of the National Women’s March, Leo Ferguson of Jews for Racial and Economic Justice, and Lina Morales and Rebecca Vilkomerson of Jewish Voice for Peace took the stage. And it is only going to grow from here.

So what got said? And why does it matter?

First, and most importantly, what the multiracial, broad, multi-issue panel began for us is what the American Jewish establishment has left us far too long left us without: a conversation about what anti-semitism actually is, how it functions in this political moment, not just historically, and how we can fight it. They demonstrated that from a place of partnership and allyship, we are able to produce cogent, rational, informed decisions and analyses about what is happening in our government and our communities under Trump. More often than not, in the past decade, when anti-Semitism is raised in the American Jewish community it is to wield it as a tool to silence critique of Israel. And that has hurt Jews. While the Jewish establishment has focused on legitimate critics of Israel’s actions towards Palestinians and given a pass to Jew-haters who claim to support Israel, white nationalists and people with ties to extreme right wing groups are influencing the President and have again become comfortable to be visible in our streets. The focus on critique-of-Israel-is-anti-Semitic has left us sorely underprepared to effectively resist together as a Jewish community. We have been too distracted by this single, usually falsely employed, definition of anti-Semitism to truly see how white supremacy, Islamophobia, and other forms of oppression link and rely on anti-Semitism.

Second, we are saying clearly that anti-Semitism is not just a Jewish issue, nor should it be. We are ready to embrace Esau, and we must. When Trump announced the Muslim Ban last winter tens of thousands of non-Muslims streamed to the airports in protest. When Trayvon Martin, Michael Brown and hundreds of other Black Americans were murdered by police hundreds of thousands of non-Black people took to the streets in outrage nationwide. In the event of escalated violence or threats to Jews in the U.S. shouldn’t we want the same response from non-Jews? Of course we should. More importantly, we’re already getting it.

Third, we are centering relationships. Real, strong relationships. The kind where you show up even when you have a million other things to do. The kind where you disagree and listen through the disagreement to get to the heart of the issue.Where you show up and keep showing up because you want to change the world and be changed yourself, not simply to demand of others that they bend to your will. These relationships are grounded in one of our guiding principles at JVP: the fervent belief in the capacity of people to change. “Foundational to our work for justice and peace is believing people, organizations, and communities are dynamic. We create space for people to move and transform.” This doesn’t mean we always succeed, but we know that all lasting relationships must leave room for dynamism.

Finally, One of the things that has been most difficult for me in my near two decades as a Jew fighting for Palestinian rights is that I have never been able to have the real conversations that need to happen with the Jewish organizations that take to Twitter or op-ed pages to defame those that believe Palestinians should be free. It is never about Palestinians’ inherent right to education or freedom of movement and how to ensure Palestinians and Israelis both enjoy equality and dignity. But I have had those conversations a million times over with a wide variety of Palestinian, Indigenous, Latinx, Black and immigrant leaders across movements. And my service to the Jewish people as a rabbi is immeasurably richer for it. Instead of being paralyzed by fear of dialogue with those inside and outside our community about anti-Semitism and how to fight it, last night should be a model to Jews for how we can engage in it and learn from it.

Let us remember Esau’s embrace. Let us allow those committed to justice, equality and dignity for all people be our supports, our siblings, our partners. The world we so desperately need depends on it.

The Importance of JVP’s Anti-Semitism Panel With Linda Sarsour