MeToo Needs A Forgiveness Option, And Judaism Can Provide It 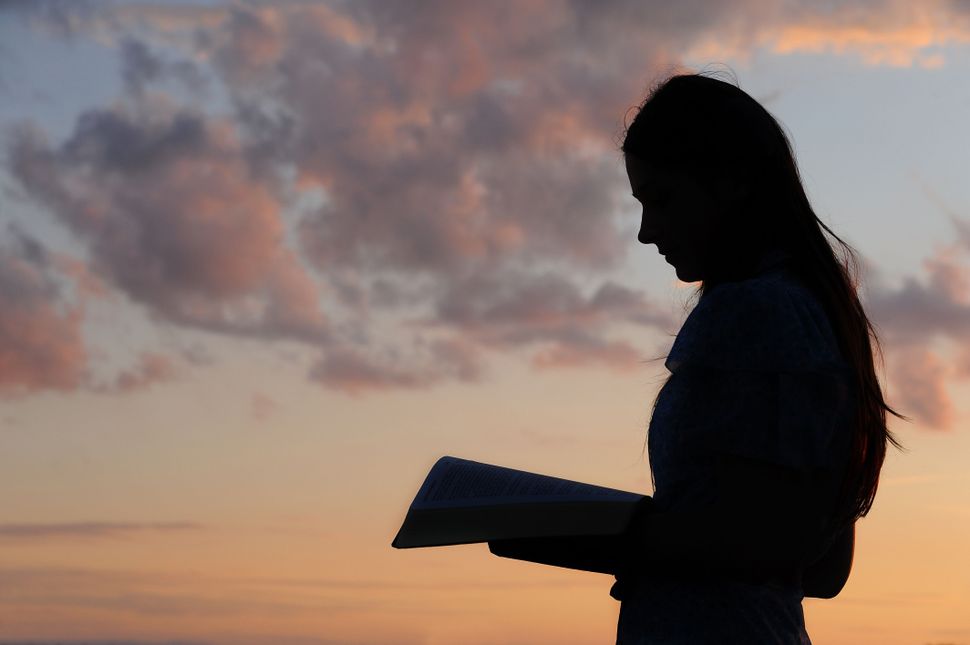 Many famous men have lied about sexually harassing women and have subsequently lost their jobs and social standing. They deserve to pay for their actions, and should repent. But because this problem is systemic, we need systemic repentance as well. The Jewish practice of teshuvah, or repentance, is about “return” to the right behavior, and it is the tool our society needs right now, regardless of our individual religious beliefs or lack thereof.

We can’t exactly return when we have never had the right behavior to begin with: sexual harassment and exploitation have been around for too many generations, part of the patriarchal legacy established in our religious and cultural traditions and social institutions. But we can use Jewish sources together with other sources that matter to us as Americans and as human beings to construct what right behavior should be.

Teshuvah is the prerequisite for forgiveness and restorative justice. Unlike the Protestant notion that God directly forgives people’s sins, the foundational rabbinic Jewish text called the Mishnah divides sin into categories of bein adam l’havero — between a person and his/her friend; and bein adam l’makom — between a person and God. Sins against God include failing to observe the Sabbath or to pray regularly, which God forgives when someone atones. But when one person harms another, the offender must sincerely seek forgiveness from the person they harmed. Jewish tradition requires them to clearly recognize where they went wrong, accept the need to change, and commit to doing so. The person they harmed may then forgive them.

We’re not doing any of this right as a society. Most of the men publicly accused of sexual harassment have offered only denials and defensiveness. They might make financial restitution to the victims when forced to by law, but that doesn’t constitute seeking forgiveness. And when offenders establish a pattern of harassing and then making financial settlements with victims, we can see there’s no acceptance of or commitment to changing for the better, either.

We don’t know whether the offenders have asked the victims privately for forgiveness. Few if any offenders accused publicly have asked publicly in a way that actually merits forgiveness. Some of them have succumbed to public outrage and have resigned or been fired from their positions, and may have been socially shunned as well. But others have found success in their public denials and defensiveness.

There is no incentive to ask for forgiveness if offenders are going to be shunned if they admit what they did. So instead of being able to even consider what forgiveness and restorative justice might look like, the offenders either are (temporarily) expelled from public life or they get away with it.

This leaves a system in place that devalues women and leaves open the possibility that sexual harassers can get away with it. Many women are furious. They don’t want to hear men’s inquiries about redemption when they have not yet seriously repented. There is no sincerity without first listening to the women who have been harmed.

When someone sincerely repents and asks for forgiveness, Jewish tradition says that the one who was harmed should be gracious about forgiving them. Refusing to forgive after being beseeched repeatedly is a sin against God. Why should that be the case? Because God has an interest in our recognizing our interdependence so that we can function together.

You can see this without believing in God as a supernatural being. Think of it instead as the anthropologist Emile Durkheim did. Durkheim believed that God represents society itself. A society can’t function without solidarity among its members. Solidarity is impossible when people hold grudges, feel vengeful, and harm one another with impunity.

Repentance and forgiveness, when done sincerely, do not require the harmed person, the offender, and society to pretend nothing ever happened. And some offenses may be so serious that extraordinary effort must be exerted to earn forgiveness. The men publicly accused of sexual harassment have held tremendous cultural and institutional power, and may even after being expelled from public life have the ability to leverage this power to teach other men what they have learned about their complicity in institutionalized beliefs and practices that deny women’s basic humanity and dignity.

Repentance, as well, must involve modeling what it looks like to treat women with respect as full human persons. Maybe then the offenders would deserve forgiveness, and could move our society forward toward repentance and change as well.

MeToo Needs A Forgiveness Option, And Judaism Can Provide It