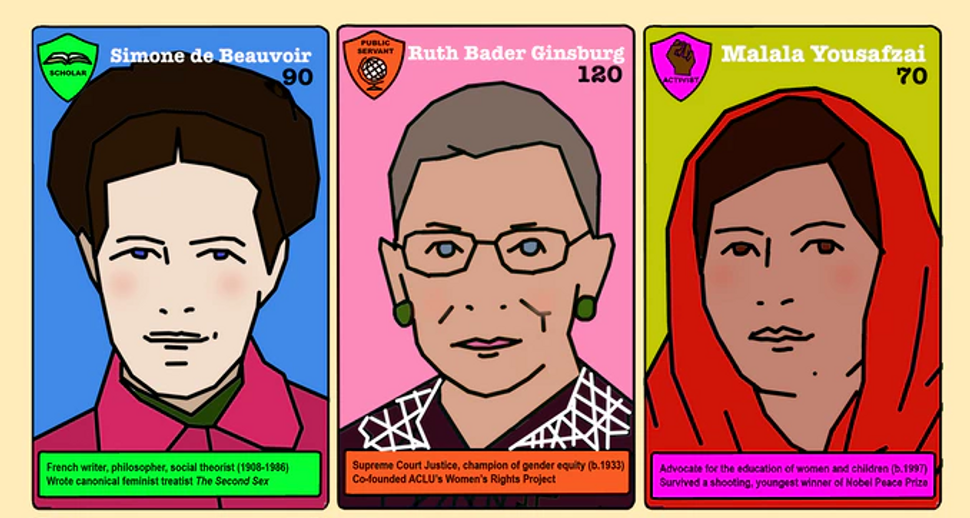 I will confess that when I found out I was pregnant almost exactly seven years ago, I prayed, in my furtive post-ultra-Orthodox-atheist way, that I wasn’t having a girl. Not because the happily-every-after-formula in all the stories I’d been told as a child was “and nine months later his wife gave birth to a healthy baby boy,” but because I was terrified. Even though I would never raise a daughter as I had been raised, with ultra-Orthodox books, toys, and stories that all insisted that only boys could grow up to become authorities, I knew that even in the secular world a girl’s prospects weren’t great. One in six women is the victim of attempted or completed rape. I am one of them. One in four experiences severe physical violence in an intimate relationship. A girl’s potential is handicapped in other realms, too: women make up only 6% of Fortune 500 CEOs, fill about 20% of the seats in Congress, and earn only 80 cents to a man’s dollar.

I arrived at my mid-point ultra-sound appointment with a boy’s name picked out and a locked-and-loaded arsenal of anti-circumcision arguments. The nurse pointed to some fuzzy lines on the screen.

Most ultra-Orthodox families let their little boys’ hair grow out until they are three years old. One reason is to disguise them as girls, in order to keep them safe from demons who prefer to snatch the souls of little boys. When my daughter was born, I thought I could keep her safe with a kind of reverse upsherin, my own defensive gender-bending. I gave her a gender-neutral name, kept her hair in a boyish mohawk, and bought her shirts from the boys’ department of the clothing store, where I got to choose from action-packed graphic tees featuring spaceships and dinosaurs instead of the coy and glittery kitten-bedecked tees of the girls’ department. When people used male pronouns to compliment her beautiful eyes, I did not correct them.

But around the time my daughter turned three, I had a change of heart. I realized that I did not want my daughter to assume that the heritage of femininity was merely trauma. I bought her a dollhouse. I gave her some of the frilly skirts that she had long coveted. She decided to grow out her hair.

I’ll admit that I was — and am — still terrified about the harm she might face as a girl. But rather than sidestepping the challenges raised by her gender, I am grappling now with how to empower my daughter. I need to honor that her girlhood will be hard in its own ways but dramatically different than mine was. She is not experiencing a childhood where every morning her father thanks God that he was not made a woman. She’s the kind of girl who now, at six, when practicing her letters, decides to write of her own volition, in her best spidery print: “boys and girls are ekwaal”.

I am always looking for ways to show her that being a woman means more than vulnerability to discrimination and trauma. Recently, I created a card game for my daughter featuring forty of the women I admire most. After a few dozen rounds of surprisingly fun “Go Fish”-style gameplay, she began recognizing icons like Ruth Bader Ginsburg, Frida Kahlo, Ada Lovelace and Helen Keller by their appearance on the cards. I decided to make copies of the game for her classmates as holiday gifts. I was amazed by the positive response — especially since so much of the most excited feedback came from mothers of boys. When I posted about the game in a wonderful community I belong to of mothers online, I got hundreds of enthusiastic responses — many of them, once again, from mothers of boys.

I had been so focused on the ways that girls are handicapped, so afraid for my own daughter, that I had never given much thought to the dangers that confront boys, too. Mothers of boys face the challenge of extracting their sons from a culture of toxic masculinity. They must find ways to raise men who will not become the aggressors or oppressors that our culture seems so often to turn little boys into. They have to teach their sons that traits and behavior commonly deemed feminine are not only permissible in boys, but admirable.

Moved by all the enthusiasm, I decided to expand the card game and launch a Kickstarter with the hope of bringing it to more families. Inspired by the Jewish song “Woman of Valor,” an excerpt from Proverbs which is traditionally sung on Friday nights, I decided to name the game “League of Valor.” League of Valor celebrates the brilliance, ambition, emotional sensitivity and wisdom of valorous women throughout history, feminine qualities that can be championed in every child, no matter their gender. The Kickstarter is available until the evening of January 26. 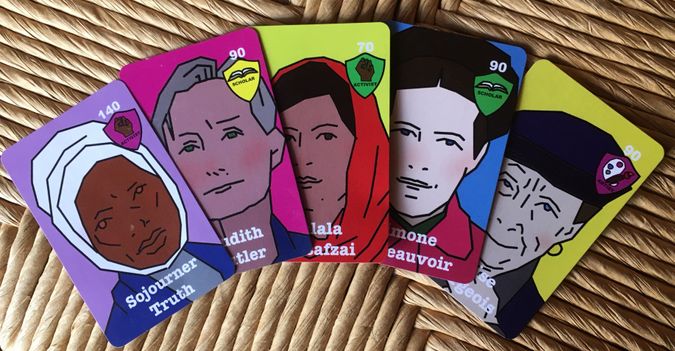 Sometimes I think that in strictly gendered communities, every child undergoes a kind of circumcision, as the parts of themselves that don’t match their assigned gender get snipped off with rules, mockery and norms. It was sobering to realize that I had preformed my own small amputation by not allowing my daughter to explore her feminine side. Those who hurt women shouldn’t get to define the female experience as a dark one. Although girls face much darkness, the heritage of femininity is filled with radiant beacons of light. The more we celebrate the greatness of women who shine, the more we illuminate a brighter, richer, more valorous world for boys as well as for girls.

Until the evening of January 26, you can back the League of Valor Kickstarter and receive your own deck of cards, here.

Leah Vincent is the author of “Cut Me Loose: Sin and Salvation After My Ultra-Orthodox Girlhood” and the co-author of “Legends of the Talmud: A Collection of Ancient Magical Jewish Tales.”