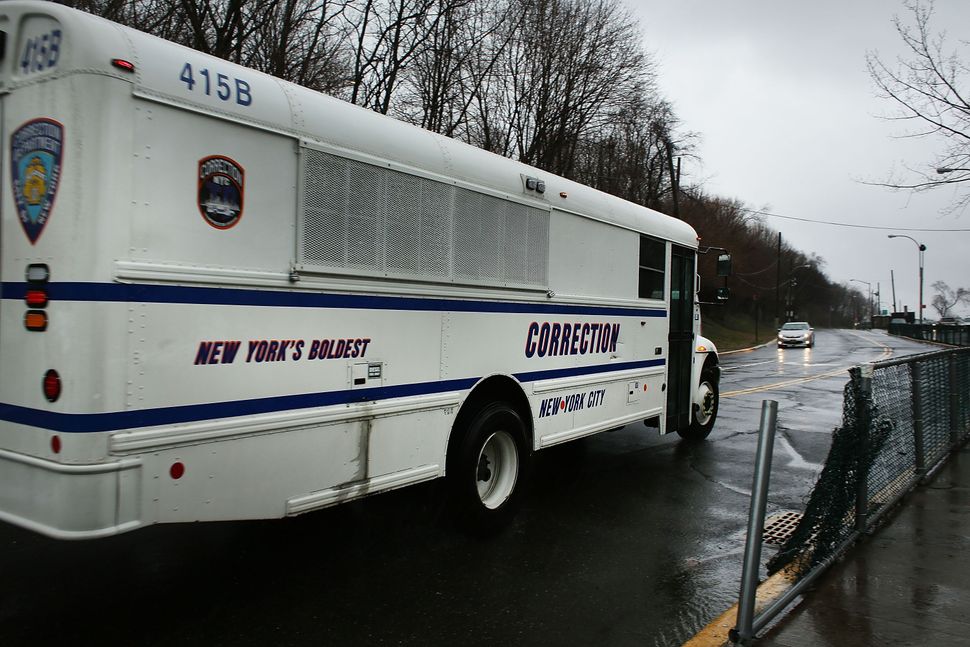 In his State of the State address, Cuomo acknowledged that the cash bail system, in which someone arrested for a crime awaits trial at home in exchange for money collateral, functions as a wealth- and race-based entry point to mass incarceration.

“For far too long, our antiquated criminal justice system has created a two-tier system where outcomes depend purely on economic status,” Governor Cuomo said.

This announcement comes not a moment too soon. If enacted, it would represent a major step forward in the fight against mass incarceration in New York. On any given day, thousands of legally innocent New Yorkers are locked in cages simply because they are poor. In jail, unable to afford bail, these individuals face an impossible decision: maintain their innocence and await trial incarcerated indefinitely, or take a plea deal and go home to their families and communities saddled with a criminal record.

Cash bail undermines the bedrock democratic principle of innocent until proven guilty as our jails overflow with poor New Yorkers stuck in pre-trial detention. The line between justice and freedom can often be as little as $250 bail.

Jewish communities should vocally and unequivocally support an end to cash bail.

Ending cash bail is a fundamentally Jewish issue, and Jews in New York and across the country should stand up to support it. It’s a Jewish issue not only because of the ever-applicable notions of Tikkun Olam — repairing the world — and loving your neighbor, both values central to the Jewish tradition. It’s a Jewish issue because Jewish texts actually have a lot to say about incarceration and monetary captivity. Governor Cuomo’s announcement provides a significant opportunity for Jewish communities to stand up and hold the administration accountable to these values.

The Talmudic concept of Pidyon Shvuyim or freeing of captives commands us to free people unjustly held in custody by the authorities (Bava Batra 8b). This principle is described in the Talmud as a “mitzvah rabbah” or Grand deed, and the great Middle Ages jurist and philosopher Maimonides argued it takes precedence over other forms of aid to the poor (Matanot Aniyim 8:10-11).

According to the Shulchan Aruch (YD 252:3), the Jewish legal code that was written in the 16th century, “Every moment that one delays in freeing captives, in cases where it is possible to expedite their freedom, is considered to be tantamount to murder.”

The tragic case of Kalief Browder brings this rabbinic injunction to the fore. Browder, a teenager charged with stealing a backpack, languished in pretrial detention at Rikers Island for three years because his family could not afford bail before his case was finally dismissed. Traumatized by the experience, he took his own life in 2015.

Browder’s death was utterly unjust, all the more so for being entirely preventable. In New York, we have reached a moment when we can systematically work towards hastening the freedom of the legally innocent by enacting true bail reform.

The moral imperative for us as Jews and as engaged citizens is to shift the way we understand bail reform from a political issue to a humanitarian one.

Dismantling the deeply entrenched institutions that make up our justice system is a long game. But we find ourselves at a starting point, and the need to begin is urgent. We have the opportunity to work towards systemic change, to truly practice the mitzvah of Pidyon Shvuyim – to free those unjustly incarcerated – in the fight to end the cash bail system.

It’s important to recognize that bail was never intended as punishment. In theory it’s a simple form of collateral that facilitates liberty and honors the presumption of innocence: front the money, show up to court, and you get the money back. But for the 40,000 New Yorkers who have unaffordable cash bail set each year, bail is instead used as a tool to incarcerate and speed up the guilty plea extraction system. Each person is forced to decide between justice and freedom.

Shockingly, 92% of people held on bail plead guilty to go home. Charitable bail organizations like the Bronx Freedom Fund pay bail for those who cannot afford it and call for an end to the system as it exists. The Freedom Fund’s clients state time and again that they want to fight their cases, and bail was the only thing stopping them. Over half of the Fund’s clients see their cases dismissed altogether.

Because of the racially and socioeconomically discriminatory foundations of our justice system, including broken windows policing and the historical relationship between criminalization, slavery and segregation, almost 90% of people held on bail are black and brown, and only one in 10 New Yorkers who has bail set can afford to pay it.

This is a racist, classist nightmare. In the several years that we both have been bailing people out of jail with the Bronx Freedom Fund, we can count the number of white people we have bailed out on one hand.

Furthermore, incarceration as a whole has been shown in study after study to detract from public safety, not enhance it.

It’s on the Jewish community to amplify that what’s at stake here is one of the central tenets of our democracy — the presumption of innocence — as well as one of the central tenets of Judaism, the imperative of saving human life. Any person locked in a cage for their inability to afford a monetary sum is being held unjustly by the state, and we are called to action by the mitzvah of Pidyon Shvuyim.

In the wake of Governor Cuomo’s announcement, it’s on the Jewish community, with our history of oppression and our present-day privilege, to take action.

Ask your congregation or community center to sign onto the #FREEnewyork campaign’s faith leaders initiative. When the actual proposal text is released on January 16, read the language carefully. Make sure the words in the legislation hold true to the promise to eliminate cash bail. Let your representatives know that you’re holding them accountable to carrying out these reforms.

Do not, as the Shulchan Aruch says of those who ignore state captives, “stand idly by the blood of your neighbor.”