Why MuslimGirl’s Rejection Of Gal Gadot Is A Good Thing 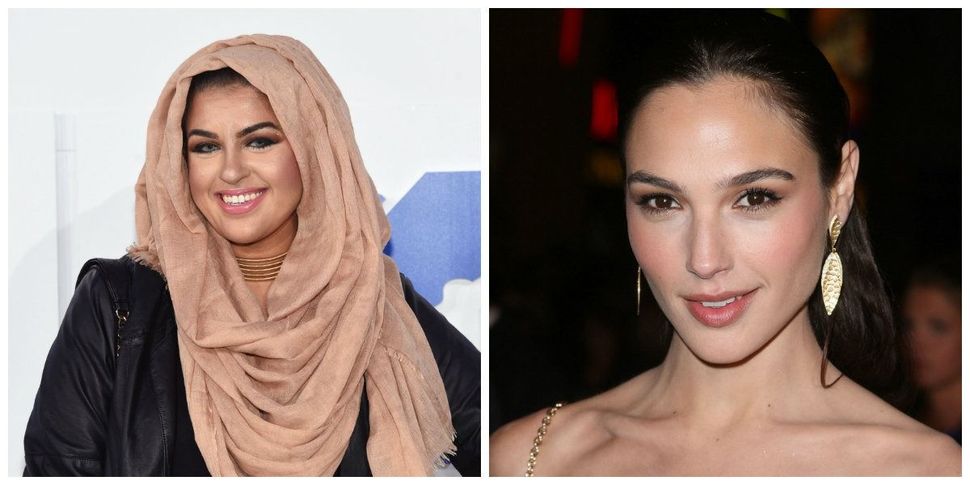 This week, a Muslim blogger turned down a prestigious award – over Gal Gadot. Amani Al-Khatahtbeh, the founder of the popular blog and brand MuslimGirl.com, made international headlines by refusing to accept the Revlon Changemaker Award. As Al-Khatahtbeh wrote in an open letter to Gadot, she could not in good conscience accept an award from a brand that has Gal Gadot as an ambassador.

Gadot has on more than one occasion written or spoken supportively of the Israeli army in which she served. Gadot’s full-throated support of the IDF in the face of disproportionate injustice toward Palestinian women and children goes against the principles of MuslimGirl and its online community, Al-Khatahtbeh wrote, mentioning specifically the recently arrest and detainment of 16-year-old Ahed Tamimi for hitting a soldier. “This is why I chose to decline Revlon’s Changemaker Award in celebration of your new campaign,” she wrote:

“I couldn’t do so knowing that your popular support of Israeli military actions in Palestine had contributed to this disproportionate harm on women and children. To do so would have been turning a blind eye to the plight of women and girls like Ahed. I’m writing this because I want to make it clear that this is not about you or me. This is about the moral obligation of privileged women like ourselves to rise to the moment of demanding freedom for Ahed and that of countless other girls like her.”

The online fallout has been predictable, swirling with the typical back-and-forth rhetoric surrounding the topic of Israel and Palestine, the vast majority of which is non-productive. Many enthusiastic supporters of Israel consider Al-Khatahtbeh’s position to be hate-mongering. Those who support the Palestinian cause, and particularly the BDS movement, are jubilant at her stand. Many fans of Gal Gadot’s Wonder Woman performance appear both confused and offended that the actress is being portrayed as a traitor to feminism because of her nationality. And of course, in the true misogynistic spirit of current internet culture, some of the messages targeted directly to both women have been abusive and cruel.

But there is reason to celebrate this brouhaha independent of the politics that incited it. Whether you agree or disagree with Al-Khatahtbeh’s decision, I think there is an important lesson here about feminism and media, and as a feminist and a digital media professional, I want to invite all women to celebrate this moment.

Throughout history, of course, women’s voices have been marginalized. A chosen few (mostly from upper classes) were able to build themselves a platform of writing, speaking or scholarship, though they were often forced to make sacrifices in their personal lives to claim those spaces.

Even after the feminist movement, and throughout the 20th century, we’ve had feminist voices highly moderated by media gatekeepers who kept out what they deemed ‘undesirable’ voices. Only with the widespread availability of the internet over the past two decades has this dynamic – slowly – begun to change.

Today’s democratized media allows women (especially young women) to build a platform for themselves based on their shared identities and values. Recent years have seen a crop of magazine-style blog sites developing content that speaks to the unique concerns of women in various demographics, on topics ranging from sex and marriage to social justice and personal finance: The Tempest publishes stories by diverse Millennial women; Brown Girl Magazine’s focus is on South Asian Women; Sister-hood spotlights diverse voices of women of Muslim heritage; For Harriet shares content relevant to black Millennial women; and Alma is a site for Millennial Jewish women ‘with Chutzpah’. It takes little or no money to start a blog, which means that literally anyone can do it.

MuslimGirl.com is part of this cultural shift of media companies that empower women to speak from their unique perspectives. As a young woman who spends a lot of time hustling to build a brand, receiving a prestigious award from a global company like Revlon can be a dream come true. No doubt Al-Khatahtbeh labored over the decision to give up the award. But the important thing here is that she could give up the award and still have a platform.

In other words, Revlon can offer Al-Khatahtbeh recognition for her work, but it will never control the means of her production, leaving her free to accept or decline the award.

This is huge – revolutionary even. Furthermore, MuslimGirl.com does not exist to dictate the ideals of its community; rather these platforms exist to reflect the ideals of their community. To choose to decline an award from a global beauty company (which, not ironically, has made billions off promoting idealized versions of attractiveness to women and girls for decades) and use it instead as an opportunity for calling attention to an issue that is deeply important to the MuslimGirl.com community, Al-Khatahtbeh is doing what women have dreamed of doing for centuries. She is using a platform that she created as leverage to impact public conversations about issues that are truly important to her and thousands of other young women like her.

Al-Khatahtbeh has been true to her community, and true to herself as a Palestinian American. Yes, she gave up an award, but she also still has a thriving business and an online community of supporters who will no doubt have a greater loyalty to the MuslimGirl.com brand because she was willing to sacrifice on behalf of their shared ideals.

You don’t have to like or agree with Al-Khatahtbeh and MuslimGirl.com to recognize that this is a moment of pride for all women who believe that every woman’s voice counts. In fact, this moment in feminist conversations is not just about enhancing our understandings of feminism; I’d argue it’s also an important moment for democracy at large. The empowerment of women isn’t ever going to be easy or tidy. To attempt to force homogeneity among feminists is actually a threat to the ideal of intersectionality, and to the true principles of feminism that say all women have agency – individually and collectively.

Amanda Quraishi is an American Muslim digital media professional and interfaith activist from Austin, Texas. Follow her on Twitter: @ImTheQ.

Why MuslimGirl’s Rejection Of Gal Gadot Is A Good Thing