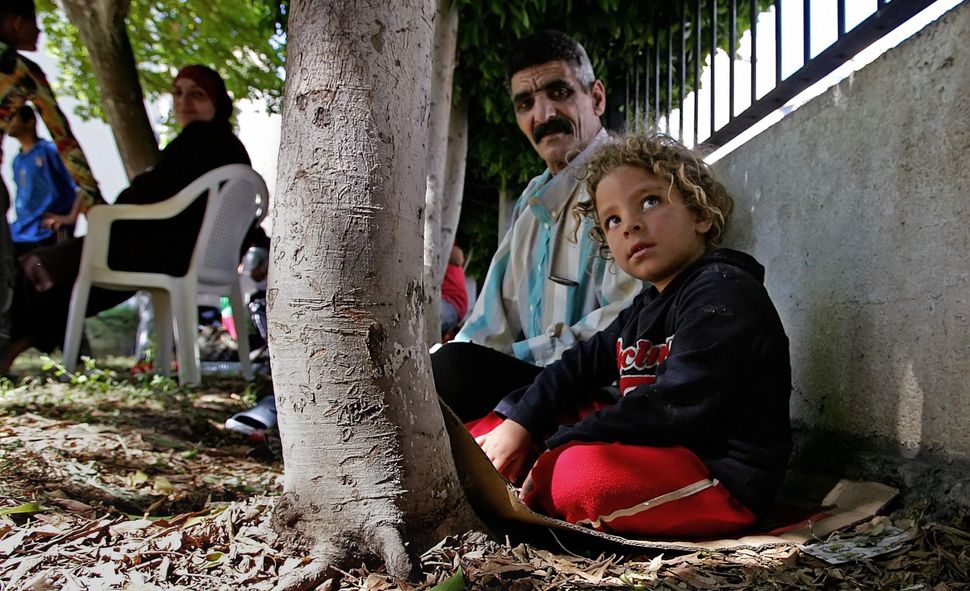 Last week, the United States announced its intention to delay a $65 million payment to the United Nations Reliefs and Works Agency. UNRWA is a United Nations agency specifically dedicated to providing Palestinians with aid. The Trump administration will be withholding $65 million out of America’s total annual contribution of over $360 million.

The responses to the U.S. decision have been predictable. The Washington Post immediately sought out the Gazan on the street, who warned that

“Any reduction of aid would be a death sentence for refugees in Gaza. The work is almost nonexistent. There are not enough jobs. Those who work for the Palestinian Authority receive only a stipend, and Hamas employees get a quarter of their salary.”

And J Street called the mere threat of a funding freeze “incredibly dangerous, counterproductive and vindictive.”

With an annual budget of some $1.25 billion, UNRWA has thrived as the internationally funded health, education and welfare provider for Palestinian refugees. But the U.S. decision is not only courageous; it is a necessary first step in any resolution of the Israeli-Palestinian conflict. For UNRWA’s patronage sustains two key factors that prolong the Israeli-Palestinian conflict: the ideology of “refugees,” and their ever-inflating numbers.

The responses of J Street and the Gazan interviewed in the Post are in fact typical of the discourse around this issue. For many, Palestinians are refugees who must be sustained as welfare cases of the international community; this condition is central to Palestinian culture and identity. To those on the left who see things this way, any changes to this system would be disastrous.

But culture is only one of the sources of political paralysis. The rest is institutional. UNRWA originally defined a Palestinian refugee as anyone whose “normal place of residence was Palestine during the period 1 June 1946 to 15 May 1948 and who lost both home and means of livelihood as a result of the 1948 conflict.” This number, according to most historians, was about 700,000.

But today’s UNRWA definition is much more expansive. It includes under the definition of a refugee “the children or grandchildren of such refugees are eligible for agency assistance if they are (a) registered with UNRWA, (b) living in the area of UNRWA’s operations, and (c) in need.”

This is how UNRWA can now claim there are more than 5 million Palestinian refugees.

It’s not just the definition though which has made this number swell. Since its inception in 1950, UNRWA has worked against resettlement in Arab countries where Palestinians are located. It has done so by shifting its mission from refugee relief to education, unilaterally devising its own expanded definitions of who is a refugee and expanding its legal mandates to “protect” and represent refugees.

In doing so, UNRWA has helped ratify the perception that refugee status for Palestinians is central to their identity and culture, no matter where they are in the world, and that the international community must support them and their descendants in perpetuity. UNRWA’s support for the Palestinian “right of return,” in its educational system and in pronouncements from leadership, cements this, and fosters the fantasy that Israel, and the past 70 years, will magically be undone.

Not only will Israel never cease to exist. But you can see how the skyrocketing number of refugees, coupled with the demand that they be resettled in Israel, makes UNRWA into a force that perpetuates — rather than solves — the Palestinian crisis.

What UNRWA should be doing is putting political pressure on countries to integrate Palestinians, who have lived there for decades. This would be a better strategy than continuing to fund an agency solely designed to maintain them in limbo.

And yet, UNRWA does the opposite. Despite the billions invested, and the existence of the Palestinian Authority (which itself receives close to $400 million annually from the United States), there are ever more Palestinian “refugees.” Only Jordan provides Palestinians with rights to work and own property; after almost 70 years, Palestinians are still subject to severe restrictions in Lebanon and Syria.

In other words, UNRWA is perpetuating the Palestinian refugee problem in order to perpetuate itself. UNRWA’s ever expanding role in the Palestinian economy can be measured through the number of its local employees. During the mid-1970s, UNRWA had 15,000 employees. UNRWA now has more than 30,000 employees, the largest of any United Nations organization, the vast majority of whom are Palestinians.

For the United States, other Western powers and for Israel, UNRWA has been an investment in stability. For the Arab states, it was hardly an investment at all but rather a convenient weapon to use against the West, which allowed them to neglect and abuse Palestinians. And for the Palestinians themselves, it has been pivotal, not only for identity and culture but also because it has allowed their own leadership to skirt responsibilities while receiving billions in Western aid. This is the tragic — indeed, criminal — aspect of political paralysis.

Palestinians are educated and entrepreneurial. But they are cursed with incompetent and corrupt leaders whose fantasies, violence and rejectionism have been a disaster since the 1920s.

Withholding a small amount of money from UNRWA should alert Palestinians that nothing lasts forever. Replacing their leaders is a vital next step to reforming the Palestinian Authority and making real progress toward creating a state that treats Palestinians with decency, not as refugees but as citizens, and on that is capable of living in peace alongside Israel.

Asaf Romirowsky is the executive director of Scholars for Peace in the Middle East. Alex Joffe is a fellow at the Middle East Forum. They are co-authors of “Religion, Politics and the Origins of Palestine Refugee Relief” (Palgrave Macmillan, 2013).