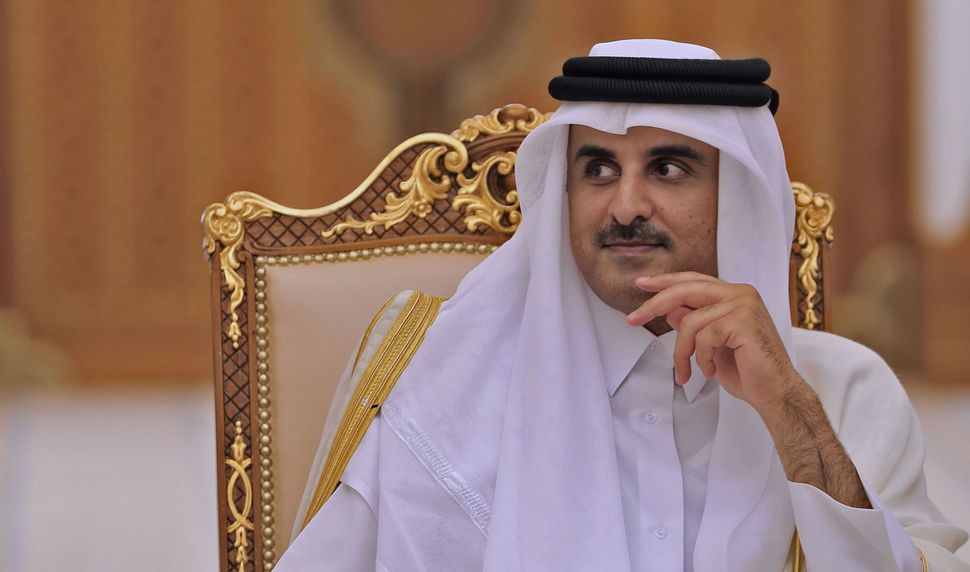 Over the past few months, the tiny Gulf country has been bringing American Zionist leaders to visit with its ruler, the emir Sheikh Tamim bin Hamad al-Thani.

The list of recent visitors, first reported by Haaretz, was made up of the American Jewish community’s most strident supporters of Israel. It included people like Rabbi Menachem Genack, CEO of the Orthodox Union Kosher Division, and professor Alan Dershowitz, a vocal defender of Israel and President Trump. Most recently, Morton Klein, president of the Zionist Organization of America, flew to Doha to meet the emir.

If you’re an American Jew, this list might seem confusing. As Haaretz notes, “What these leaders share is that none of them are considered critics of the right-wing Netanyahu government in Israel or the Trump administration in Washington.” And it’s these very traits that make them hardly representative of the majority — or even the mainstream — of American Jews, who opposed Trump by huge margins and who tend to be critical of Benjamin Netanyahu’s government.

How many Jews feel represented on the geopolitical stage by the head of kashrus at the O.U., or by the democratic but pro-Trump Dershowitz?

So what makes them worthy of Qatari attention?

Since Saudi Arabia imposed a blockade this past June, Qatar has been desperately trying to make inroads in the United States and abroad and end the siege through diplomatic means, an effort bound to be complicated by Qatar’s ties to Hamas.

And yet, the charm offensive seems to be succeeding. Earlier this month, Trump thanked the emir, praising Qatar’s efforts to combat “terrorism and extremism.”

Now, Qatar has set its sights on changing its image among Jews, one Zionist at a time.

“They told me they invited me because they knew me to be the strongest and toughest Zionist in America that they heard about, and they wanted me to say what things bothered them the most, what they need to change, and they said they knew from me they would get the truth, no matter how unpleasant,” Klein told me.

Klein arrived in Doha equipped with “the truth” — a 50-page dossier detailing Qatar’s crimes against the Jews, including its connections with Hamas and the“anti-Semitic” content in Al Jazeera, which is bankrolled by Qatar.

And the emir was receptive to it, “gracious, kind, respectful, sensitive.” He promised to work to combat the flaws that Klein saw in Al Jazeera.

But there was another reason, too, that Klein believed he had been invited. “They believe like so much of the world believes that we are the most influential group when it comes to Congress,” Klein said.

Klein for his part was skeptical about the amount of power strident Zionist Jews have over Congress. “We couldn’t stop the Iran deal,” he reminded me. “Our power, Jewish power in Congress is vastly overrated.”

But you don’t have to believe in a Jewish conspiracy to see why Qatar might think Jews can influence foreign policy. Qatar’s uber-Zionist guest list was the result of a public relations campaign signed last September “to strengthen its relationship with the U.S. and build bridges to the Jewish community.” For $50,000 a month, the public relations firm Stonington Strategies signed on to “advise Qatar on how to improve ties with the U.S. in general and with the Jewish community in particular,” O’dwyer’s reported.

The head of Stonington Strategies, Nicolas “Nick” Muzin, is a “Toronto-born Orthodox Jew, Yeshiva University graduate, Republican political strategist, attorney and physician,” the Jewish Press reported. He was also Ted Cruz’s former deputy chief of staff and, perhaps most important, “the driving force behind a coalition of more than 50 groups, including tea party, evangelical and Jewish organizations, who opposed the U.S. nuclear deal with Iran.”

In a statement in September, Muzin said, “engagement with Qatar can only be in the best interests of the United States and the Jewish community, as we cannot allow Qatar to be ostracized by its neighbors and pushed into Iran’s sphere of influence.” Iran, of course, is a regional rival of Saudia Arabia, which initiated the latest effort to isolate Qatar.

Still, Muzin’s decision to take on Qatar was controversial in Jewish circles. Jonathan Schanzer from the Foundation for Defense of Democracies, a think tank critical of Qatar for its ties to terrorist groups, told Haaretz that “this outreach campaign from the primary state sponsor of Hamas and the broadcaster of Al Jazeera’a anti-Israel invective is decidedly awkward.” Writing for the Middle East Media Research Institute, Yigal Carmon was even harsher: “It is sad to see American Jewish leaders bolstering anti-Semitic stereotypes by ignorantly intervening in internal conflicts that do not concern them, complex inter-Arab conflicts which are difficult to assess even as observers.”

And they are not alone. The anti-Qatar crowd, like much of the vocal neocon crowd, is actually heavily populated by American Jews — which would explain why Qatar is courting them.

As someone familiar with the issue told me: “People are saying it’s because they think the Jews control the world. It’s not really the case. For years, there have been pro-defense and pro-Israel groups who have worked against the Qataris, often in coordination with UAE and the Saudis. And those groups are very influential in Congress and they have laid the groundwork for the blockade.” He went on: “I think the Qataris woke up in this crisis and realized they have a lot of work to do in special interest lobbying.”

Other American Jews have long been on the pro-Qatar wagon. Rabbi Marc Schneier, founder and president of the Foundation for Ethnic Understanding and the founding rabbi of The Hampton Synagogue, has been traveling to the Gulf since 2008. “Based on my frequent visits to the region and as expressed to me several times by the emir of Qatar, his country’s outreach to American Jewish leaders is to both share and reinforce Qatar’s commitment to fighting extremism and terrorism,” Schneier told me via email.

What Muzin is selling Qatar is a new image — one that has the backing of America’s most ardent Zionists, whose voices would be loudest if Qatar were in fact in cahoots with Hamas. In exchange, Qatar is offering influence, the chance to move it in a certain direction.

And for now, it’s offering that to very Zionist American Jews.

There’s a lesson here for the majority of American Jews who aren’t represented by Morton Klein or Alan Dershowitz. And it’s that when it comes to Israel, it’s not the most representative voices in the room that matter, but the loudest and most hawkish. The smear of Hamas can’t be wiped away by Rick Jacobs, despite the fact that he leads the largest religious denomination in America. It needs Morton Klein.

Or at least someone was willing to make a $50,000 monthly bet that it does.

It’s a sign of how little liberal American Jews matter, not just to Prime Minister Benjamin Netanyahu, who has repeatedly slighted them, but also to people paying big bucks to influence our government.

And that should worry us much more than Qatar’s ties to Hamas.