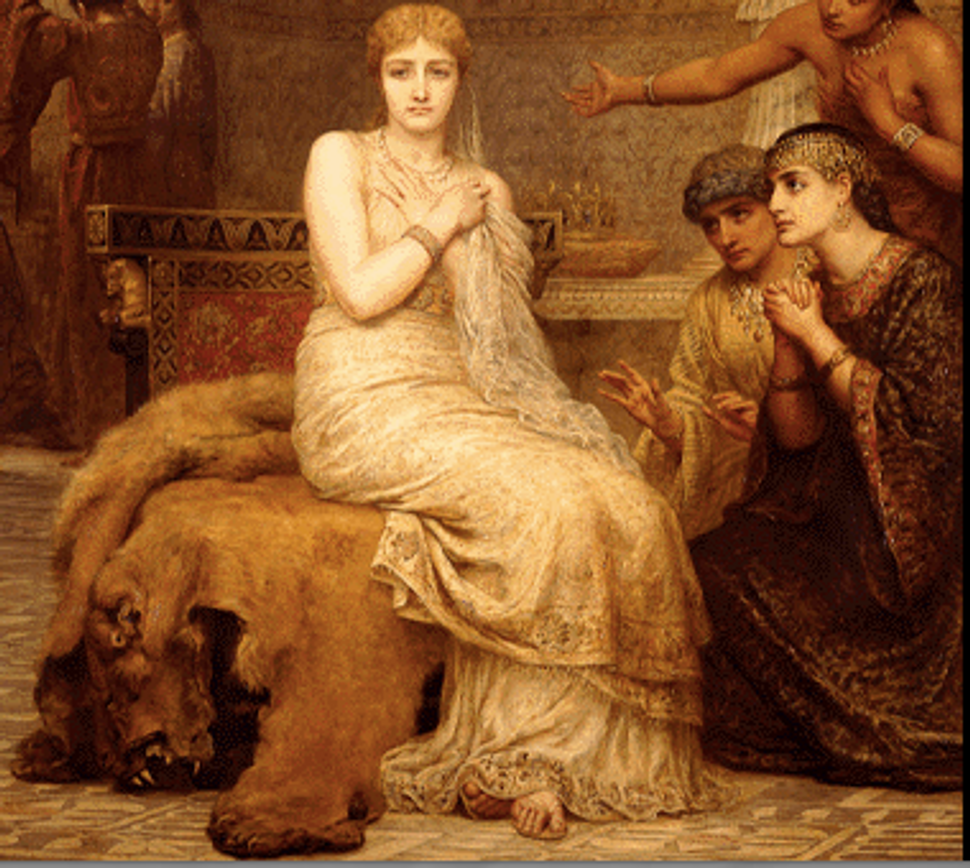 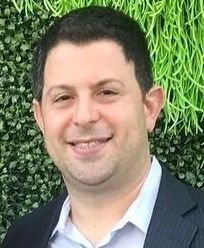 “Is Vashti the evil queen of the Purim story?” my daughter asked me after a recent Hebrew school class.

Vashti, of course, was the erstwhile queen of Persia, according to the Bible’s Book of Esther. She was deposed and banned by King Ahasuerus, and then replaced by the story’s eponymous heroine, Queen Esther.

“I don’t think Vashti did anything wrong,” I answered.

“Then why was she punished?” my daughter responded.

The Bible records only two of Vashti’s acts: First, she throws a banquet. Then, she refuses the king’s demand to appear at his banquet “in her crown [and nothing else] to display her beauty” for the pleasure of the king’s guests.

It is this refusal that leads to her banishment. The Bible says that the king and his ministers publicized Vashti’s punishment throughout the empire to warn that “all the women [of the empire] shall treat their husbands with respect.”

But was Vashti’s refusal so disrespectful?

To me, Vashti’s predicament sounds eerily similar to that of Salma Hayek, among others sexually harassed by Harvey Weinstein Like King Ahasuerus, Weinstein allegedly demanded that Hayek expose herself in public. In today’s day and age, this demand meant performing a girl-on-girl sex scene in front of a camera with full frontal nudity. Feeling powerless and threatened, Hayek ultimately acceded to Weinstein’s demand, thereby avoiding a Vashti-esque fate but impairing her own mental health.

In the era of #MeToo, shouldn’t we see Queen Vashti as a role model for young women?

To find out, I emailed rabbis from across the political and religious spectrum to ask for their thoughts.

“Vashti is one of the strongest role models we have for girls and women,” Rabbi Vanessa Ochs, a professor in the Department of Religious Studies at the University of Virginia, told me. “She refuses to be exploited. Whatʼs more, we have the story, in our sacred text, of her refusal.”

Ochs’ view is bolstered by many other feminists both within the Jewish community and outside it throughout history. As the 19th century abolitionist writer Harriet Beecher Stowe put it, Vashti’s refusal was the “first stand for women’s rights.”

And yet, many rabbis are still unwilling to view Vashti in a positive light. One Orthodox rabbi, who did not agree to have his name used for this article, scoffed at the notion that Vashti could be a heroine. He suggested that even asking whether Vashti is a role model would be akin to seeking a role model in Haman, the undisputed villain of the Purim story, who planned to murder all the Jews. When I asked this rabbi what he believed Haman had in common with Vashti, he did not respond. But, as I discovered for myself, there are a plethora of traditional sources trashing Vashti, in line with this rabbi’s comments.

The Talmud alleges that Vashti deserved her punishment because she was “wicked.” Without any support from the Biblical text, the Talmud claims that “Vashti would take the daughters of Israel, strip them naked, and make them work on Shabbat.”

Assuming its conclusion that Vashti was wicked and licentious, the Talmud goes on to claim that the “real reason” Vashti refused the king’s demand was because she had leprosy (or because the angel Gabriel attached a tail to her backside, according to some manuscripts).

Is there any way to harmonize these opposing views?

According to Rabbi Irwin Kula, the President of the National Jewish Center for Learning and Leadership (CLAL), we can never really know. “The question isn’t whether Vashti is a role model,” Kula wrote me. “Rather, the question is, what do we learn about ourselves as men, women, and our relationships from our responses to Vashti?”

But if Judaism is about anything, it is about standing up for what is right and empowering the downtrodden. To neglect Vashti’s story does not help in those twin aims. What’s more, soft-pedaling the baseless criticism of Vashti in the traditional commentaries is dangerous. It risks endorsing the same sexual harassment and victim-blaming that the #MeToo movement rightly seeks to end.

So, what will I tell my daughter about why Vashti is punished? It certainly won’t be the rationalizations from our tradition. It will have to be something new and creative.

And who knows? Perhaps my daughter will help me find the answer herself.

David Charles Pollack is a former writer for the Forward. He is currently a lawyer in New York.

David Charles Pollack is a former writer for the Forward. He is currently a lawyer in Manhattan and lives in Long Island.