Having Daughters Forced Me To Face The Orthodox World’s Misogyny 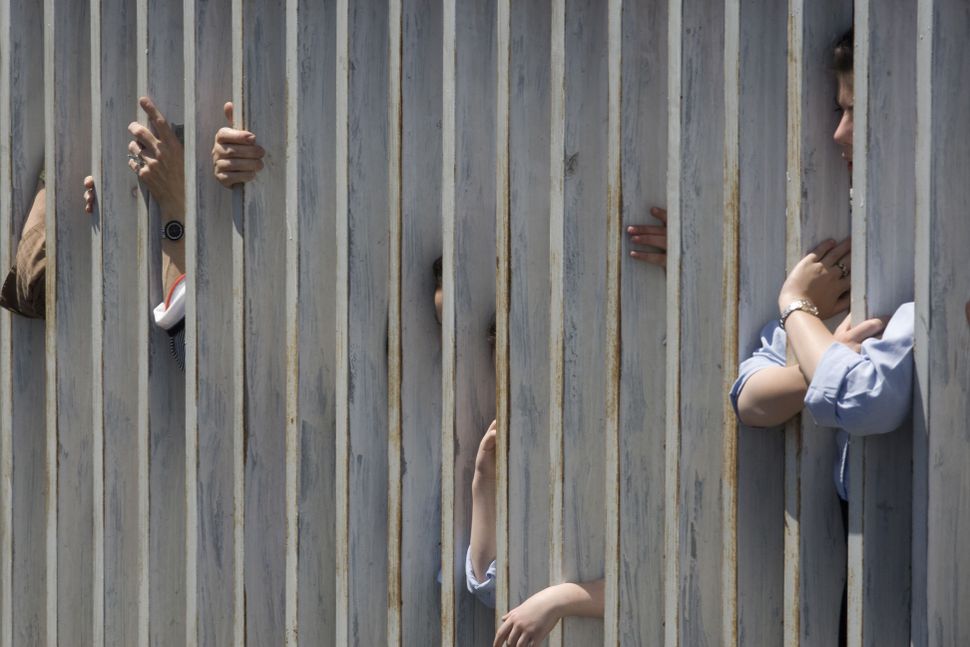 When you have children, you must face your own beliefs.

It’s one thing to buy into an ideology or a community on your own. If that ideology should later prove harmful, the only one you hurt was yourself.

But to sacrifice your child for that illusion? Harm your children on the alter of a false god or a rancid ideology masked as “the greater good”? Who among us has the stomach to contemplate such a thing?

As a Ba’al Teshuva — one who became religious later in life — this is exactly the position I found myself in when God blessed my wife and I with three daughters. For me, it was having daughters that forced me to decide what I believe.

I had been having doubts before. I knew I didn’t fully buy into the Chabad Hasidic ideology once I started living it out. In fact, it was that logic that pushed me to try even harder to buy into it for a while. I started wearing a kapota (the long black coat of Hasidic Jews) and a black hat every Shabbat, the traditional uniform of the Chabad Hasid, with the logic that I’d try to “fake it til I make it.”

It was ultimately my children who turned the doubts I was feeling into a clawing, wild ravenous beast that refused to back down. It was my children who convinced me that I could not live a fully Hasidic life, as much as it meant so much to me. I imagined my children growing up without a secular education. I imagined them believing that the world was created thousands of years ago, that the entire world had been flooded. I just couldn’t do it to them.

I couldn’t make them live out a life I myself couldn’t fully accept. And so I had to build a new Jewish life, one in which my joyful love for Hasidic philosophy was combined with a modern Orthodox vision of fusing Godly knowledge with worldly knowledge. That worked for a while. And then it didn’t work anymore.

Because I didn’t just have children. I had daughters.

I have three girls. They are full of life, verve, strength, creativity, and enough energy to power the damn sun.

To have such daughters, I have come to realize, is a heavy responsibility in a world where women are still fighting to be seen in the way I as a man have always taken for granted.

This is true across the globe. But it is especially true in the Orthodox community.

The Orthodox Jewish community is oriented towards men, giving them power and roles that are denied to women. Worse, the forward march of the secular world has elicited a huge backlash, including a push for even stricter norms than existed in the past. Think of the increasingly restrictive modesty norms currently being embraced by much of the Orthodox world and especially the Haredi world, a direct response to secular fashion trends. And while the sexualization of women in the secular world is nothing to be proud of, a similar thing happens when you insist women cover up every inch of their bodies for fear of arousing men.

Women are being erased — literally — from Haredi publications. Their images eliminated or blurred out. No one is safe from this treatment, including female Holocaust survivors.

Those extremes, thank God, are not happening in my world, or in the Chabad world, which has worked hard to elevate the role of women in a way that the Hasidic world rarely does.

But I’m scared of the extremes bleeding into the mainstream. And perhaps more importantly, the fringes blind us to our own misogyny. The great danger of what we see on the fringes is that it makes us think that for women to be “equal” in the Orthodox world, they simply need to be visible in Mishpacha Magazine. We become less concerned about issues like women being unable to get divorced without the consent of their husbands (an issue that has begun to be addressed, but only by a minority). Because we see pictures of women in our magazines, we are less worried about efforts to minimize the role of women as spiritual leaders, even as more and more become literate enough to do just that.

In other words, being shocked by the blurring of Holocaust survivors is not enough. It is, if anything, the lowest of bars. #MeToo has taught us that even in the most liberal spaces, women struggle for equality. And unless a society is openly and actively addressing this issue, it is part of the problem, and it cannot be fully trusted to nurture the souls of young girls.

Ultimately, the problem that the Orthodox world, for all its diverse complexity, suffers from most is silence. From modern Orthodox communities to Hasidic communities to yeshivish communities, those of us who are pushing for a more equitable treatment of women tend to be considered gadflies at best, and dangerous traitors at worst.

That is why my wife and I have committed ourselves to finding and creating spaces that are not just empowering for women, but which actively promote their equity as part of their mission. To us, it is not a matter of politics or leftist tribalism, as so many think. It is a matter of whether our daughters will grow to be fully realized souls. There is nothing more important for any human on earth.

And so we have gladly accepted a fringe Orthodox lifestyle. We send our daughters to the progressive Orthodox school, Luria Academy. We daven at Congregation Kol Israel, where our daughters can be both Orthodox and empowered. It is why we run Hasidic farbrengens in our home, where women are welcome to sing, and it is incumbent on the men to leave if they follow the Jewish law that bars men from listening to women singing (I am one of those men).

There are forces out there that are constantly working against women, and thus, against my daughters. There are forces in my world, from leaders to schools to cultural norms, that will always be dragging them down, telling them, “You are lesser. Your needs don’t matter as much as others. Listen to us before you listen to yourself.”

It is this awareness that has transformed me yet again. It has forced me to face my world in a way that I never had to until I realized the risk my daughters were in if I did not forge a place for them.

I cannot live in a society if the lived religious experience means that my daughters will be second class citizens, even if it’s a society whose philosophy I accept. My daughters must be allowed to be self-realized, first class citizens of whatever society I raise them in.

And if that world doesn’t exist, I will fight to my dying breath to make it.

Having Daughters Forced Me To Face The Orthodox World’s Misogyny