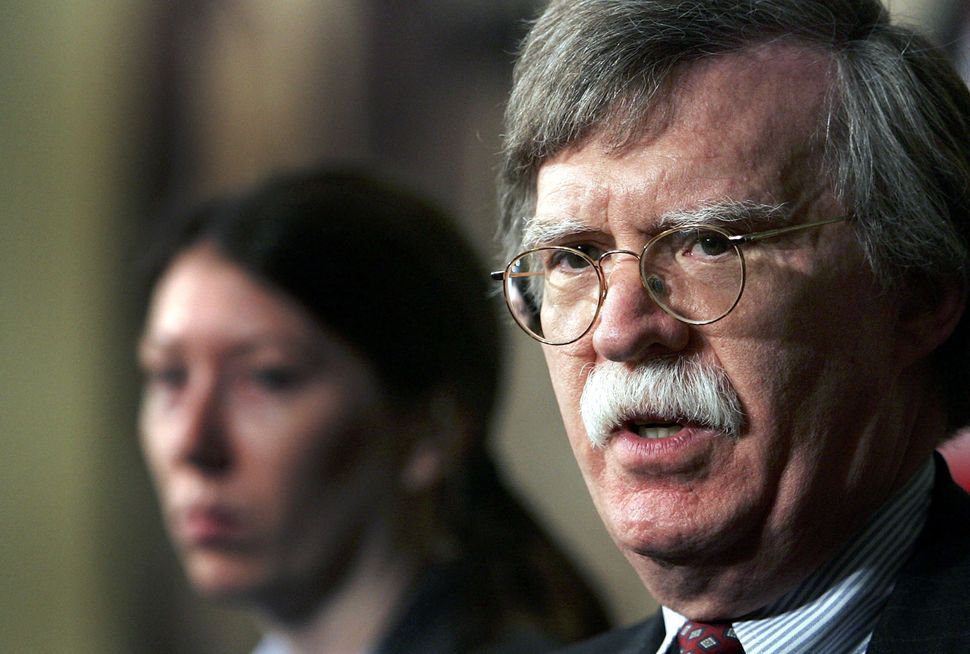 Mazal Tov on your new appointment as National Security Advisor. From Israel, I would like to welcome you to your prestigious and influential position. Your success will most certainly be our success.

As you make your first steps into the White House, we wish you good wisdom, sound advice and clear view. Your new position is not an interview with Fox News, nor is it a prestigious think tank. You now have the ear of the most powerful man in the world. The wise words of Uncle Ben Parker are apt: “With great power comes great responsibility.”

In addition to my congratulations, I’d like to offer you a some perspective on the Middle East from Israel, the U.S.’s greatest ally, to take with you to your new position.

The Middle East today is in a perpetual state of instability. On your TDL (To Do List), you will have to prioritize between the many realms of American influence.

Iran, as you are aware, represents the core source of today’s instability, sowing the seeds of radical Islam, hate for the West and insurgency wherever they have influence. Iran is the largest supporter of global terrorism today. And yet, throughout the Middle East, wherever you find Iran’s influence, you will find Russia close behind. It’s something U.S. Central Command Gen. Joseph Votel told the Senate Armed Services Committee in March of last year. “Russia is attempting to increase their influence throughout the Middle East, as we have seen in Syria,” he said. “We have seen them do things certainly with our longstanding partner Egypt.”

Your first task for the Middle East will be making the Joint Comprehensive Plan of Action, known as the Iran deal, more compressive. Iran must be stopped from pursuing their campaign against regional stability. To this end, Iran must be made to believe there is a credible threat of use of force, otherwise all and any U.S. deterrence will be lost.

And yet, despite this, Israel does not seek war or conflict. So it’s a delicate balance you will have to perform, making known your seriousness without escalating a conflict. I wish you best of luck, for your legacy will certainly hinge on your ability to maintain this balance.

One of the signs of Iran’s burgeoning influence is the terrorist army Hezbollah, Iran’s forward division on Israel’s northern border. Over the past few years, Hezbollah has managed to amass a huge arsenal of rockets and missiles; Israel’s estimates suggest over 120,000 rockets and missiles, which is more that most European countries have.

Hezbollah must be contained, disarmed and integrated into Lebanon in order to prevent another war.

Hezbollah was able to amass this stockpile of weaponry due to the role they’ve played in the Syrian civil war, which has just begun its eighth year. Half a million people have been killed, and millions more displaced, taking refuge around the world.

Syria has been the chess board of world and regional powers over the last seven years. The prospects of the territory becoming a staging ground for Iran and its Shite proxies are real and must be prevented.

To prevent Iran from establishing and maintaining a stronghold in Syria, Russia must be rallied, Assad must realize there is a price to pay for continued bombardment of his civilians and there must be a clear end state.

On Israel’s eastern front, Jordan is an ally to both the U.S. and Israel. And yet, the challenges the Hashemite kingdom faces are an ever unstable border reality, as well as an unstable domestic economy and an ongoing attempt by Russia to coopt influence through a Jordanian-Russian strategic partnership.

And on Israel’s southern border, Egypt is confronting ISIS in the Sinai Peninsula, a costly operation for which Egypt is paying dearly and daily. Egypt, too, is looking to Russia for help, increasing Russia’s influence to Israel’s south.

Israelis and Palestinians alike deserve the peace we long for, and frankly, sir, we need your help. A negotiated agreement ensuring Israel’s security and an independent Palestinian state that can conduct it affairs without Israel must be pursued.

To confront these challenges I leave you with three points of advice: In dealing with the Middle East, always look for honor, strength and moderates.

The most important value in the region is Honor. It is easy to offend, and never worth it. It may seem counterintuitive, but granting whomever you’re dealing with — from the lowest apparatchik to the leader of a nation — the right to save face is going to move mountains for you. Israel kept quiet about the strike on the Syrian reactor for over ten years, in order to enable Assad to save face. It potentially saved us from a war.

Strength goes a long way in the Middle East, but only strength that derives from credibility. Support your allies, make your support substantial, and empower and fortify the defenses of those that see you as friends. This way, nobody will think they can get away with attacking your friends.

Always find the moderates and confront the radicals. Try to find a way to help the moderates, even in insignificant ways, so they feel the confidence of your backing. They will take this confidence into their own confrontations with radicals, and it will help yours and their causes. The silent majorities must be given a voice, a platform and a partnership.

Ambassador, the hourglass is running out on so many of these issues. President Trump’s decision to move the U.S. Embassy in May 2018 to Jerusalem coincides with what the Palestinians call the Nakba, the catastrophe of the establishment of the State of Israel. In May, the JCPOA will be challenged and in Syria, everyday without an end to the violence brings more deaths and despair.

The Middle East is sorely in need of solid, sound American leadership. We welcome you, and pray for your success.