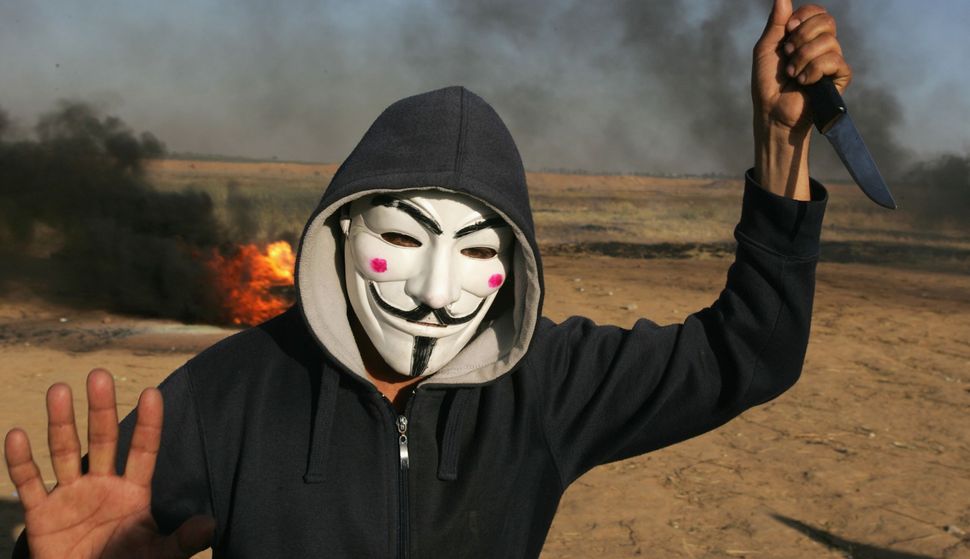 Living in Israel, it has been a surreal experience watching the international community’s response to the riots on the Gaza border. It is as though context, history, identity, and motive don’t matter.

This apathy would be unthinkable in any other context and any other country. Imagine the mobilization of 30,000 people on your border, less than a mile from the nearest homes. Imagine if these tens of thousands of people were amassing on a border which terror organizations have spent years tunneling under for the express purpose of murdering your citizens, tunnels that have already been used to murder and kidnap your people.

It’s terrifying. And while we Israelis know our country will defend us, it’s painful to watch as the international community plays directly into the hands of Hamas, calling Israel’s response to molotov cocktails and attempted infiltrations “disproportionate” and “a massacre” of “peaceful protestors.”

It started with Recep Tayyip Erdogan, president of Turkey, himself in the midst of an offensive on the city of Afrin. Nevertheless, he had the gall to “strongly condemn the Israeli government over its inhumane attack” in a speech in Istanbul. He called Israel’s response to Friday’s protest a “massacre” — a term many others have used on social media in the ensuing days.

Erdogan was not alone. From Bernie Sanders to the Editorial Board of the New York Times, the situation was discussed in such one-sided and whitewashed terms that anyone reading would be justified in thinking that Israel was enacting its own Tiananmen Square, mowing down thousands of innocent protesters.

“The killing of Palestinian demonstrators by Israeli forces in Gaza is tragic,” tweeted Bernie Sanders. “It is the right of all people to protest for a better future without a violent response.”

The killing of Palestinian demonstrators by Israeli forces in Gaza is tragic. It is the right of all people to protest for a better future without a violent response.

Of course, the right to protest should belong to all people. But this was not that. It was a protest organized by Hamas, which the United States has deemed a terrorist organization. And eleven of 16 people killed were known militants.

Despite Hamas’s attempts to brand it as such, this demonstration was not one of Gazan civilians seeking to peacefully protest for a better life. We know this because, even within Gaza, Gaza’s residents aren’t allowed to assemble and protest without Hamas’s permission.

The truth of the matter is that there is no democracy in Gaza. If there were, Gazans might demonstrate for all sorts of things they lack. They might ask for adequate sewage facilities, for civil liberties, and religious freedoms. They might ask for Hamas to cease calling for Israel’s destruction and demand that instead of purchasing rockets and building tunnels, Hamas create infrastructure and enter into a peace agreement with Israel. After all, it is Hamas’s refusal to acknowledge Israel’s right to exist and its failure to commit to non-aggression that created the blockade in the first place.

Instead, Gaza’s people are ruled by Hamas’s iron thumb, which in this case, instructed people to protest at the Israeli border.

And because it was a protest organized by our militant enemies, it was not non-violent. 30,000 people amassing at a border fence, burning tires, throwing molotov cocktails and attempting to infiltrate into Israel is not a peaceful protest.

I am not a military analyst. Nor do I have experience in riot control. I do know the soldiers of the IDF. They are our fathers, daughters and sons. The IDF has no desire to be in Gaza​. It’s why we left in the first place. I do know that in a mass protest with violent rioting, only 16 men were killed and 11 of them are identified as members of terror organizations. I know that two were armed with AK-47 assault rifles and hand grenades, and opened fire on Israeli soldiers and attempted to breach the security fence, clearly putting the lie to the notion that this ​was​ a “massacre” or indiscriminate and wanton killing. IDF spokesperson Brig. Gen. Ronen Manelis ​says that the IDF will conduct investigations into ​every death and I believe they will do so.

I also believe that if this were happening a mile away from citizens in your country, you would not be so complacent. And yet, when it comes to Israel killing terrorists who try to attack us, it’s called a “massacre.” Meanwhile, the actual slaughter of civilians across Israel’s other border by the Syrians and Turks goes ignored.

“Palestinians in Gaza are among the world’s most desperate people,” writes the Editorial Board of the New York Times. “For more than a decade, their 140-square-mile strip has been blockaded by Israel and Egypt, sharply restricting the flow of goods and people.”

How can an article that begins with the blockade of Gaza not discuss why there is a blockade in the first place? The borders of both Egypt and Israel closed to the Gaza Strip when Hamas seized control there. They will remain so until Hamas recognizes Israel’s right to exist and agrees to refrain from terror. How is it that out of 800 words given to us by the NYT, it isn’t until word 640 that we read anything about the failure of Palestinian leadership? To lament unemployment yet not discuss foreign aid gone to terror instead of infrastructure, to discuss the closure yet not mention attempted infiltrations, terror tunnels and the thousands of rockets sent into our cities, is blatant deception.

And where is the accuracy in journalism when news agencies repeat claims straight from Hamas, which controls the Gaza Ministry of Health? Hamas knows the media is waiting for proof of Israel’s evil, that eager journalists and activists do not question the accuracy of films fed to them.

Hamas cannot win against Israel on the battlefield, but it certainly crushes Israel on the world stage where clips, sound bites, and images of death create public opinion that is long on emotion and short on fact.

Hamas is the entity people should blame when they lament the fate of Gaza. Gaza could — and should — be a Middle Eastern Riviera. Its beaches should be a favored vacation spot, Gaza City a cosmopolitan tourist destination. International aid abounds, yet Hamas leaves its people unemployed, cities and facilities undeveloped — and no one asks why. No one holds Hamas accountable.

It is not Israel that prevents this, but Hamas’s insistence that Gaza be the bloodied sacrifice on the altar of greater Palestine. According to Israel, Hamas spent $15M to organize this riot, bussing thousands of people to the border.

The people of Gaza deserve better. They deserve to live their lives free of Hamas. They deserve a leadership that cares for their welfare, not one that uses them as human shields.

The people of Israel deserve better. We deserve secure borders and an international community that uses reason, fact, and rational discourse when judging the situation.

Because at night, when you turn off your computer, done with the news for the day, we are still here — the Israelis and the Palestinians on both sides of the border. Falling into the hands of Hamas’s PR machine will not bring justice or peace. It will simply strengthen the conflict.