As Palestinians, We, Too, Must Take Responsibility For Gaza. 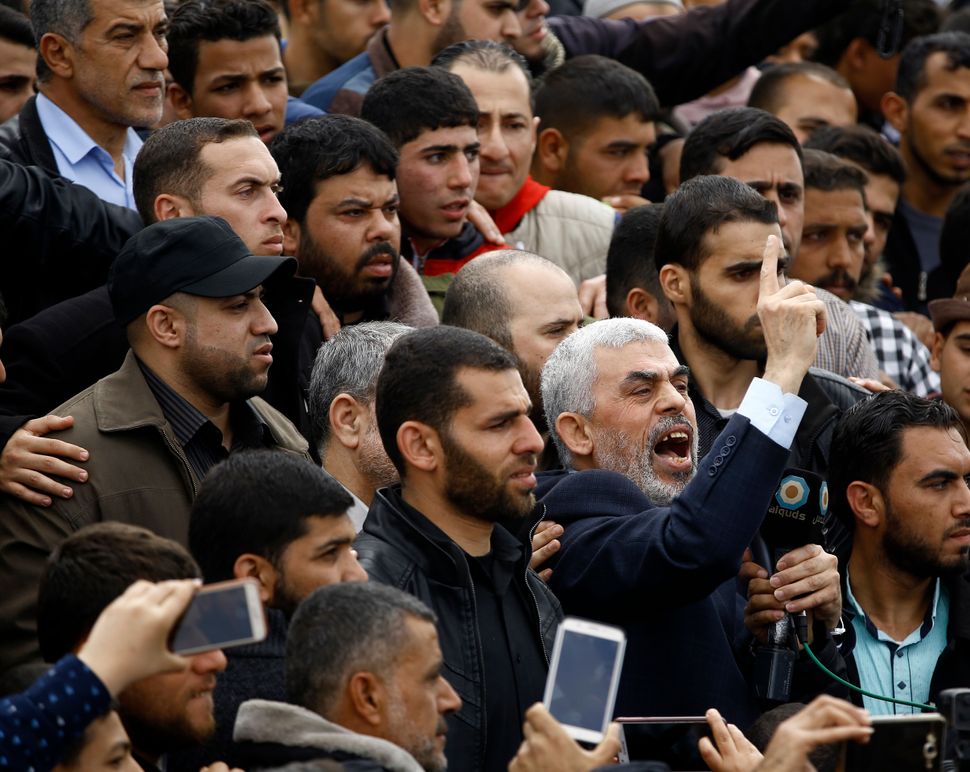 Gaza, again. It’s just 60 kilometers from my home here in Hebron, but harder for me to visit than almost anywhere else on earth. Every time that small strip of land is in the news, I feel the same sense of guilt, anger, helplessness, and most of all: our collective failure.

Ten years into the “temporary” siege of Gaza, a full 20% of this “temporary” fifty-year occupation, we see the completion of the process of othering and the dehumanization of my brothers and sisters in Gaza.

We all do it. Israelis, internationals, and also us West Bank Palestinians.

Out of sight, out of mind, as they say; and to varying degrees, we have all forgotten that Gazans are people with histories, stories, creativity and dreams. So, on Friday March 31, and again on April 6, tens of thousands of such human beings issued a scream at the world, a declaration against their unjust and inhumane dismissal, and our collective disinterest.

Over 1,000 of them were shot with live ammunition, 31 of them fatally.

There was, and maybe still is, something new and profound in that scream. That demonstration of collective will could have been the beginning of the end of our crippling Palestinian division. 30,000 angry people on their feet can do such a thing. But once more, the predictable overreaction of the Israeli army empowered Hamas, allowing them, perversely, to temporarily hijack the entire idea of non-violent demonstrations, surreally posing in front of pictures of Martin Luther King, Gandhi and Mandela.

Looking at the overwhelming use of force on these two consecutive Fridays, it is possible to blame Israel for everything. But what should we expect from a military occupation built on a long, incrementally deepening dynamic of collective trauma and chronic fear?

As a Palestinian, I must also take responsibility for the ongoing tragedy in Gaza. Many of those soldiers did not see Gazans as equals, as human beings, when they opened fire. But neither do many of my leaders.

Let me try and help make this more real for them:

The average Palestinian in Gaza is sixteen years old. Born at the height of the Second Intifada, suffering through three devastating wars by the time she was twelve years old, she knows nothing but conflict, poverty and closure. She has never left Gaza nor met a Jew or an Israeli, and her only experience of either is the regular bombing and, this past week, sniper fire that comes from beyond a wall she has never crossed. Israelis, to her and hundreds of thousands like her, are not human beings but disembodied symbols of everything that is so manifestly unjust about her life, with Hamas only too keen to reinforce, nurture and exaggerate such feelings, as a way of distracting from their own manifest failures and cruelties. Despite all of this, she is more likely to be literate and to aspire to university than almost any of her neighbors in the Arab World

That dehumanisation cuts both ways. For too many Israelis, Gazans have become less than human. They are mere blades of grass, in the disgusting “mow the lawn” analogy that sums up Israeli policy toward the 1.9 million human beings that live trapped there. While Israelis used to visit Gaza to eat at its fish restaurants, for over 25 years it has been either off limits or hermetically sealed.

In my work with The Alliance for Middle East Peace, I see how starved Israelis and West Bank Palestinians are of contact with one another. But that alienation, like everything else in this conflict, is more magnified in Gaza than anywhere else.

I do not think 1,000 unarmed Palestinians would have been shot in Gaza in just seven days without that absolute lack of contact, and the slow, gradual dehumanization it has generated. I am equally convinced that far worse horrors await us if we do not take this opportunity to radically change the path that we are on.

I want my Israeli partners and colleagues to pull no punches in holding their leaders to account for these actions. A society where the Defense Minister says that there are “no innocents” amongst the 1.9 million people trapped in Gaza must ask itself deep and searching questions.

But as a Palestinian, I must hold my leaders, both Hamas and the PA, accountable for their part in this failure. Their power games, holding Gaza hostage to domestic, regional and international political calculations, must end. They must examine their alliances, their priorities and their hubris, and, for once, place the citizens of Palestine — including and especially Gazans — at the top of their agenda.

There is no justification whatsoever for our continued failure. On the contrary, if the Palestinian house is rearranged based on unity and human dignity, putting the Palestinian peoples’ interests first, then we have a chance of making Israel and the world sit up and take notice.

These are some of the darkest days I can remember in Israel/Palestine, and dehumanization sits at its very center. The light, the way out of this darkness and the route to peace, justice and security will be built on recognizing our shared humanity, recoiling at the horror we’ve inflicted, and convincing our leaders to take responsibility and do what is best for all of the inhabitants of this land.

Huda Abuarquob is ALLMEP’s Regional Director, winner of the Laudato Si’ Award inspired by Pope Francis, and a keynote speaker at this year’s J-Street Conference.

As Palestinians, We, Too, Must Take Responsibility For Gaza.