Natalie Portman Shows the Tide is Turning For American Jews 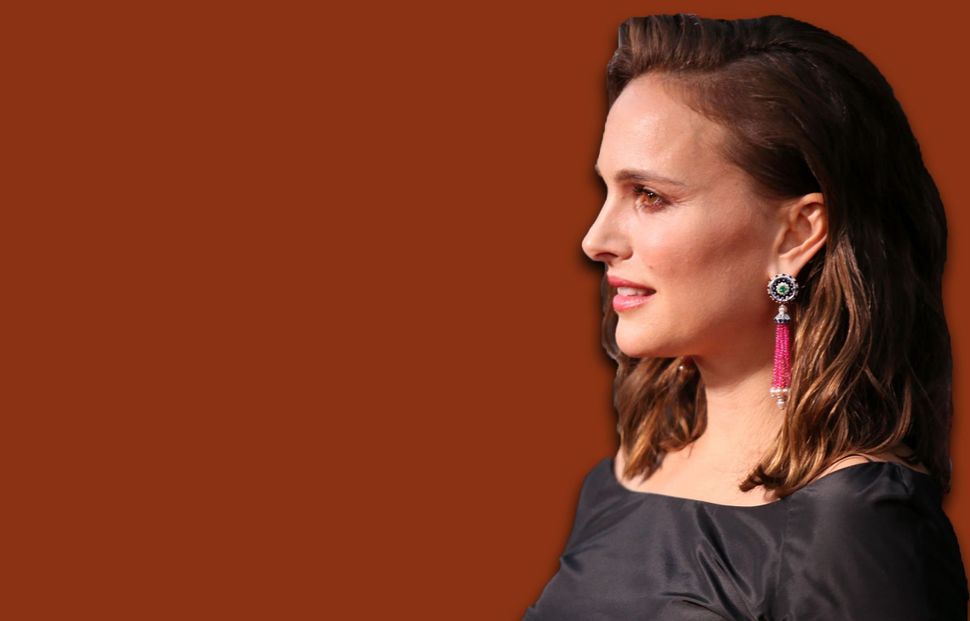 Yesterday afternoon, news broke that Natalie Portman would not be traveling to Israel to accept the Genesis Prize because of “recent events in Israel.” Portman had been awarded the prize because of “her talent, her commitment to social causes, and her deep connection to her Jewish and Israeli roots.”

The news that she would not be accepting her prize sent shockwaves across the American and Israeli Jewish communities. Even if you are not a fan of the Star Wars prequels like we are, there’s no doubting that Portman is an idol to many in the American Jewish community. She is seen as an aspirational yet realistic role model: a Jewish day school alumna who managed to become a successful movie star and graduate with a degree from Harvard at the same time. She’s liberal, to be sure, but she’s not well known for being particularly outspoken about politics. In many ways, she represents the American Jewish center.

Portman was promptly condemned by many in more conservative parts of the American Jewish community. Meanwhile, in Israel, the right-wing Israeli political establishment, led by Minister of Culture Miri Regev, immediately began casting Portman as the latest cultural figure to “[fall] like a ripe fruit into the hands of the BDS movement.” Not to be outdone, Likud MK Oren Hazan went so far as to suggest stripping Portman of her Israeli citizenship.

But by blaming Portman’s political courage on the right’s favorite bogeyman, Regev and the rest of the right fail to take responsibility for the reality they have created. It is the Israeli escalation of violence against Palestinian protesters in Gaza and the devastating status quo of the occupation that is urging growing numbers of Diaspora Jews to criticize Israel.

Just today, a 15 year-old was among the four Palestinians shot and killed on the Gaza border. As of this writing, Israel has by its own admission killed 26 unarmed Palestinians over the past three weeks after it directed IDF snipers to fire live ammunition at protesters. The Gaza Health Ministry reports that 39 Palestinians have been killed.

Perhaps it is these things that have made Natalie Portman unwilling to accept this prize. We can’t know, since Portman didn’t specify which “[r]ecent events in Israel have been extremely distressing to her,” and we don’t want to put words in her mouth. But blaming it on BDS — a nonviolent response to Israel’s actions — rather than on Israel’s violence shows how unwilling the Israeli establishment and the American Jewish institutions that support it are to accept criticism, no matter who it comes from. It undermines their tired argument that criticism of Israel and the occupation is inherently anti-Semitic — Portman is proudly Jewish, and is an Israeli citizen – and shows that their real commitment is to the status quo of the occupation, not to the Jewish community or Jewish values.

Portman’s statement is incredibly significant, in large part because of how aggressively the Israeli and American Jewish establishments have sought to silence even the most tepid dissent.

Most importantly, her statement shows the tide is turning against unquestioning support for the actions of the State of Israel.

We young Jews are heartbroken by Israel’s escalation of aggression against Palestinians in Gaza, and we will not condone a course of action that will lead us to war.

As young American Jews, we take action to oppose the occupation with love in our hearts for the Jewish people, because we know Jewish liberation is interdependent with the liberation of all people. “You’re either with me or you’re my enemy” is a devastatingly common line among the Israel-at-any-cost crowd. But our generation is done being silenced by establishment Jewish leaders that call us ignorant or disloyal when we disagree with them.

We welcome our favorite galactic advocate for peace and freedom to our rapidly growing cohort of young American Jews who know that we must stand up for freedom and dignity for all Israelis and Palestinians.

Natalie Portman joins the likes of significant Jewish public figures Sarah Silverman and Bernie Sanders as well as thousands of IfNotNow members. We are proud to be Jewish, we are confident in our Jewish values, and we are committed to speak out as Jews against the occupation and other Israeli government policies (eg: dehumanizing and deporting African refugees) that violate our Jewish values.

The co-founder of the Genesis Prize said in the statement announcing Portman’s award, “Without a doubt, she is a role model for millions of young Jews around the world.”

In light of her action yesterday, we couldn’t agree more.

Ethan Miller and Jill Raney are both members of IfNotNow in Washington, D.C.

Natalie Portman Shows the Tide is Turning For American Jews