Natalie Portman Isn’t The Problem. The Genesis Prize Is. 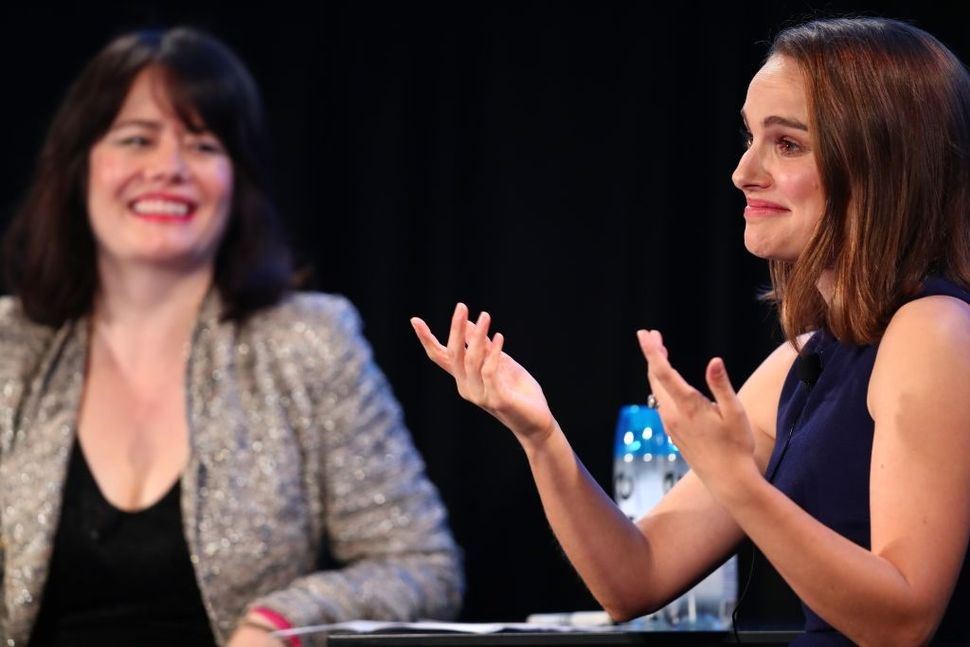 Citing recent “extremely distressing” events in Israel, Natalie Portman announced yesterday “she does not feel comfortable participating in any public events in Israel.” The granting of the Genesis Prize, which she was due to receive in June, has been cancelled.

Portman “joins those who see the story of the wondrous success of the rebirth of Israel as a ‘story of darkness and darkness,’” said Miri Regev, while Oren Hazan called for Portman to be stripped of her Israeli citizenship.

In cinematizing Amos Oz’s A Tale of Love and Darkness, a movie she directed, co-wrote, and starred in, Portman dedicated several years of her life to bringing a masterwork of Israeli culture to a wider audience. Making only $570,000, this was not some Hollywood blockbuster but a true labor of love.

Irrespective of the movie’s critical or commercial success, with A Tale of Love and Darkness, Portman did more for the country of her birth and its culture than have Regev and Hazan in their lifetimes.

Critics and supporters have framed Portman’s no-show as a victory for BDS and opposition to Israel’s politics or diplomacy, which is on its face ridiculous. Portman’s appearance at one particular prizegiving ceremony is not going to move the tiller one way or the other in terms of the larger Israeli-Palestinian conflict.

Rather, if Portman’s absence has any effect, hopefully it will be on the Genesis Prize itself, an award that either needs serious reform or to be put out to pasture entirely.

The Genesis Prize, sometimes referred to as the ‘Jewish Nobel,’ though only by the organizers themselves, was conceived back in 2013 as something that would “inspire the younger generation of Jews worldwide.” It was to be an award for those who have “attained excellence and international renown in their chosen professional fields, and who inspire others through their dedication to the Jewish community and Jewish values”—with a handsome $1 million attached.

Alarm bells should have sounded from the outset. Prescribing a $1 million prize for already noteworthy individuals as the solution to young adults’ disengagement from Judaism is like discovering a hole in your head and taking an Advil. The foundation behind the prize, backed by money from Russian oligarchs, then selected “a right-leaning, overwhelmingly male selection committee to choose the recipient,” Josh Nathan-Kazis reported for this paper.

The prize was flawed, but not fatally so—at least until it chose its first two recipients: Michael Bloomberg and Michael Douglas. If the Genesis Prize was to be truly inspirational and not merely something of the rich and for the rich, recycling philanthropic money as opposed to investing it in meaningful initiatives, then it should have been granted to someone who was not already worth a rumored $50 billion. Forbes reported Bloomberg gave away $500 million in 2016 anyway. At that point, a $1 million prize is pocket change.

Douglas has been on an interesting journey in terms of reconnecting with his Jewish roots but what he has done in the course of his career to “inspire others” through his dedication to “the Jewish community and Jewish values” is anyone’s guess. This was truly the Genesis Prize’s nadir, confirming the worst suspicions about the award: that its organizers were chasing celebrity and status in its choice of recipients, valuing a person’s brand over their deep investment in Jewish culture and society.

Portman’s award was a fiasco even before she chose not to accept it. Ha’aretz’s Yossi Verter exposed how 2018’s prize was originally destined for Ruth Bader Ginsburg — a fine choice — but a mixture of political and legal considerations, allegedly including negative remarks she had made about Donald Trump, resulted in the prize being taken away from RBG and given to Portman instead. The committee then invented a fake award, the Genesis Prize Foundation Award for Lifetime Achievement, to give to Ginsburg in order to save face.

It is extremely easy to think not merely of ten but a hundred names who have dedicated themselves to Jewish communities and values, and whose lives could be transformed by a substantial cash prize. It doesn’t take much effort either to come up with wonderful organizations in the Jewish world who could use further financial assistance, whether they are building JCCs in eastern Europe, helping disabled Israelis into the workplace, or promoting cooperation and understanding between Muslim and Jewish youths.

An award that had so much potential is in practice a hollow charade. Unless the Genesis Prize stops fawning over stardom and completely changes how it conceives of impact and accomplishment, we can thank Natalie Portman if before too long this prize does not exist at all.

Liam Hoare is a freelance journalist based in the U.K. and Vienna.

Natalie Portman Isn’t The Problem. The Genesis Prize Is.