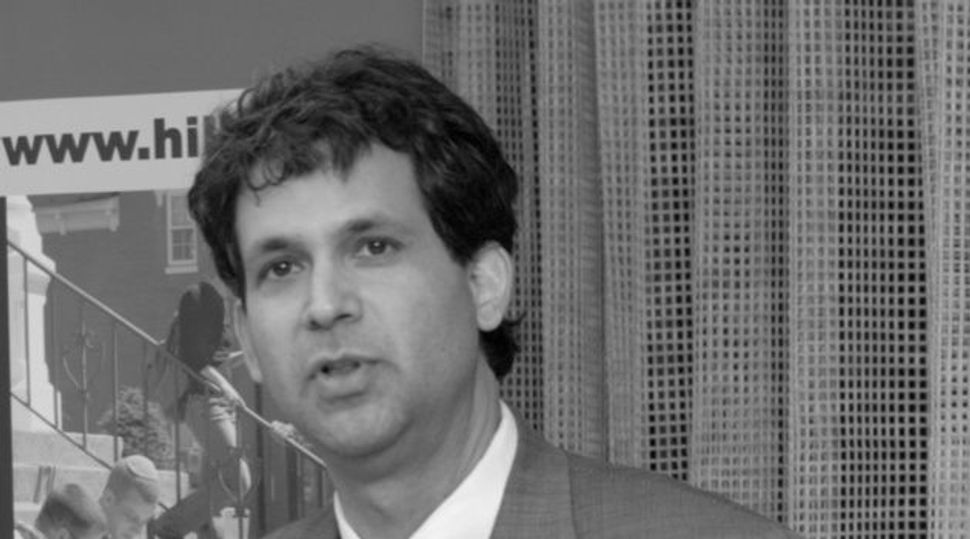 Russian oligarchs, right-wing Israeli politicians and American Jewish communal professionals have a plan to get young Jews interested in being Jewish.

Called the Genesis Prize, the plan involves giving $1 million each year to an exceptional Jewish person, then presenting him or her as an inspiration to Jews everywhere.

Prize organizers have hired former Hillel International president and CEO Wayne Firestone to take charge of the new prize-granting organization, giving the effort the imprimatur of the well-regarded Jewish not-for-profit executive. Critics are raising questions, however, about why the prize is necessary at all — and why the people giving it out named a right-leaning, overwhelmingly male selection committee to choose the recipient. 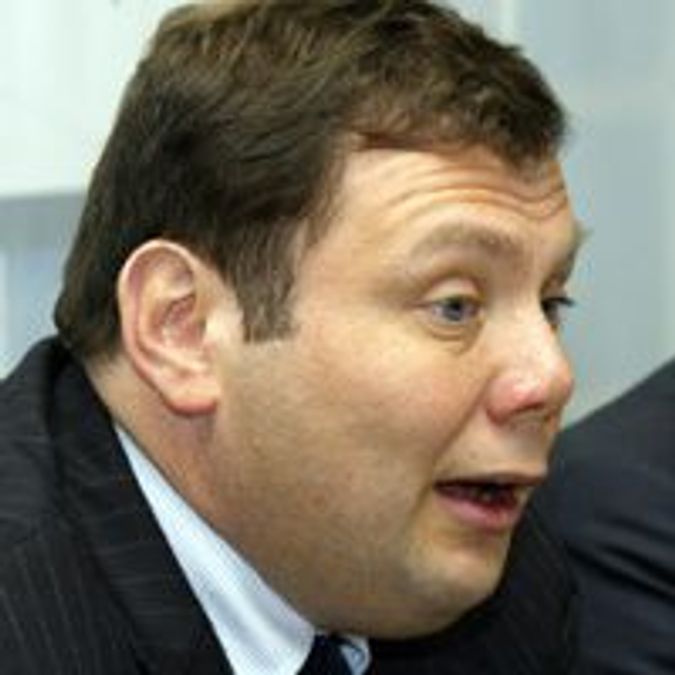 Oligarch: Mikhail Fridman made a fortune in the oil and gas business. Image by Getty Images

“The gender imbalance among the judges is absolutely stunning,” said Steven M. Cohen, a leading sociologist of the American Jewish community.

Funded by the Russian Jewish oligarchs behind Genesis Philanthropy Group, an international not-for-profit organization that supports Jewish engagement for Russian-speaking Jews, the prize has drawn significant media attention because of its sky-high sticker price.

Each year, one winner will be awarded $1 million. The prize has been given a $50 million endowment.

Firestone said that the exceptionally large size of the cash award was a “recognition that the level of the prize is something like Nobel level.” An early press release issued in June 2012 called the award a “Jewish Nobel Prize,” though that language is now absent from the prize’s website.

The Nobel Prizes each came with a $1.2 million cash award in 2012. While more than the Genesis Prize will offer, even the Nobel is far from the richest annual award. A newly announced science award called the Breakthrough Prize, coincidentally also funded by Jewish donors, will give away $3 million each year.

The key oligarch behind the Genesis Prize is Mikhail M. Fridman, a Ukrainian-born oil and gas magnate who enjoys a good relationship with the Kremlin, and whose company sold oil firm TNK-BP for $14 billion in March.

Both the office of Israeli Prime Minister Benjamin Netanyahu and the Jewish Agency for Israel have also signed on as official backers of the award, though they have contributed no money.

Firestone was appointed president of the Genesis Prize Foundation in April, 10 months after plans for the award were first made public. The first honoree will be named this fall, several months later than the group had initially said it would make its first award.

The object of the prize, according to Firestone, is to identify Jewish heroes. “The motivation is to generate interest in contemporary role models in the Jewish world, and building a narrative around that,” Firestone said. “What I’m hoping to do is to build an engagement platform for young adults, to allow them to meet these individuals, hear their stories, potentially interact with them directly.” Firestone said that he saw the prize as a way to engage young Jewish adults. “We’re not talking about building any buildings or really creating programming, per se, but rather thinking about how we can capture the imagination and interest of [Jews in their] 20s and 30s,” Firestone said.

Some remain unconvinced of the demand for a new means of recognizing Jewish achievement. “I’m sort of confused about why we need the award,” said Alan van Capelle, CEO of Bend the Arc, a Jewish social justice organization. “It seems to me there is a great amount of Jewish entrepreneurial spirit and scholarship and academic achievement without this award… I think we’re pretty well represented.”

Unlike the Nobel, the Genesis Prize will not be given in any specific field. Rather, the selection committees will be asked to apply broad criteria requiring that the winner is internationally renowned in his or her field, committed to Jewish values or to Israel, and supports Jewish causes.

That means that the two committees the prize organizers have chosen to select the winner will have great leeway in deciding whom to name as the recipient of their annual $1 million prize.

The members of the two committees, however, do not appear to be a broadly representative group.

Of the 12 people who will be making the selections, just two are women.

And, politically, they represent a narrow spectrum of beliefs. Four are current or former Israeli politicians or political officials. All those are members of Netanyahu’s right-wing Likud party. Among them is Yuli Edelstein, a settler and the current speaker of the Knesset, and Natan Sharansky, the former Russian Jewish political prisoner who currently serves as head of the Jewish Agency.

Fiamma Nirenstein, one of the two female members of the selection committees, is a former member of the Italian parliament from Silvio Berlusconi’s right-wing People of Freedom party and a member of the advisory board of NGO Monitor, a right-wing Israeli not-for-profit. 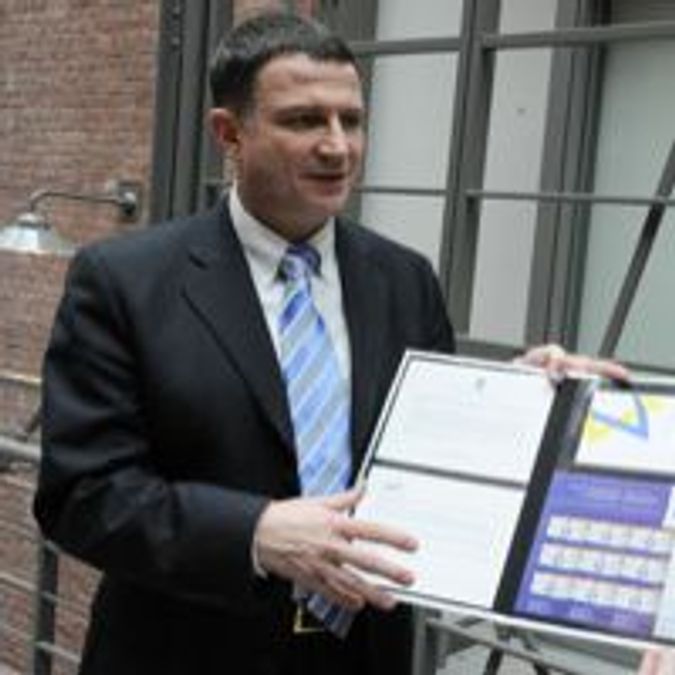 None of the committee members are known as public critics of Israeli government policy on the Palestinians or of the Netanyahu administration.

Cohen, who was highly critical of the gender imbalance, said that he doubted the group, given its makeup, would choose to award the prize to someone who had been critical of Israeli policy toward the Palestinians. “It’s hard to conceive that an activist who has struggled for human rights in Israel in a menshlich way… that that person would be awarded the Genesis Prize,” Cohen said.

“The people nominating, although it’s confidential, is from such a broad spectrum,” Firestone said. “Really, we’ve gone out of our way to create criteria and a setting where the types of people, over a period of time, should look very representative of the Jewish people, which is very diverse and very accented.”

Added Firestone: “I don’t see this as a political prize, and I don’t think any of [the selection committee members] joined with any intention to advance anything politically.”

Others have suggested that the prize’s $50 million endowment could be used more effectively. Peter Beinart, author of “The Crisis of Zionism” and editor of the website Open Zion, suggested that the funds could have gone to Jewish day schools. “Everyone knows that the day schools are extremely expensive and often in very, very bad financial shape,” Beinart said. “Thinking that… [the Genesis Prize] is going to have a comparable impact, to me it’s bizarre and depressing.”

Yet one Jewish foundation head said that it was too early to judge the prize. “You take risks in order to try something and see if it has the impact you desire,” said Jeffrey Solomon, president of the Andrea & Charles Bronfman Philanthropies. “The only way I believe you can measure a prize is after six, eight, 10, 15, 20 years, to see who the recipients have been…. It’s just too early to see.”