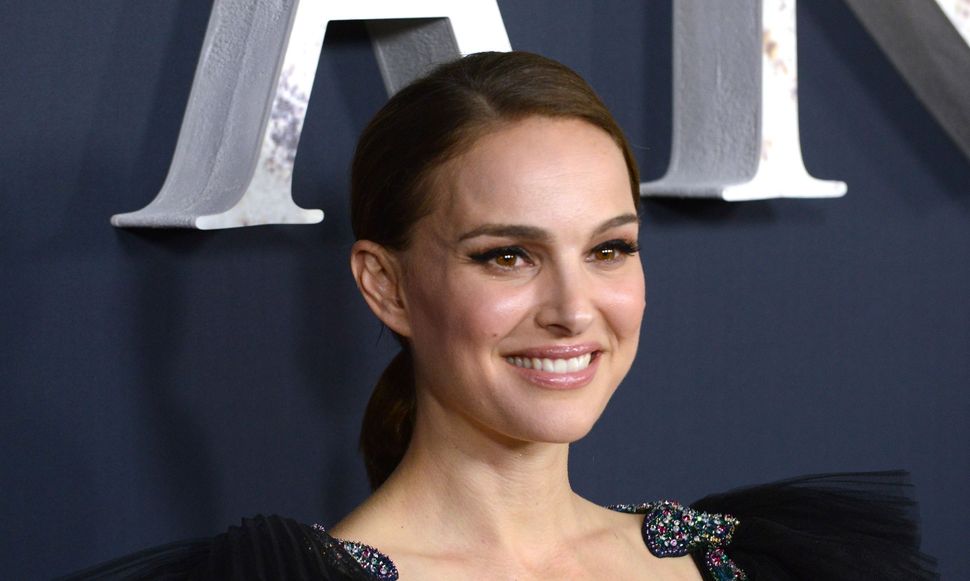 (JTA) — Israel’s culture minister said actress Natalie Portman has “fallen like a ripe fruit into the hands of the BDS movement supporters” over her refusal to come to Israel to receive an award.

Miri Regev’s assertion Friday about the Boycott, Divestment and Sanctions movement against Israel and Portman, an Israeli-born Jew, followed news Thursday that Portman would not receive in person what the Genesis Prize Foundation calls the “Jewish Nobel” at a ceremony scheduled for June.

The foundation on Thursday said that it had been notified by Portman’s representative that “[r]ecent events in Israel have been extremely distressing to her and she does not feel comfortable participating in any public events in Israel” and that “she cannot in good conscience move forward with the ceremony.”

Portman did not specify which events caused her distress. The United Nations and the European Union called for investigations into the use of live ammunition by the Israel Defense Forces during the riots.

In March, Israeli soldiers guarding the border with Gaza killed 17 Palestinians during riots along the fence following Hamas officials’ calls on civilians to reach the barrier.

The Genesis Prize announced it was canceling its prize ceremony in Israel in June due to Protman’s announcement.

On Thursday the foundation said in a statement that it was “very saddened” that the Israeli-American actress would not take part in the ceremony.

In 2009, Portman joined other Hollywood stars in protesting calls for a boycott against the Toronto International Film Festival for its staging of a Tel Aviv-themed event. She also directed and starred in a Hebrew-language adaptation of Israeli novelist Amos Oz’s memoir, “A Tale of Love and Darkness.”

In her statement, Regev wrote that by opting out of the ceremony, Portman is “joining those who treat the story of the success and the miracle of Israel’s revival as a tale of darkness and darkness.”

But in a statement following the Genesis Prize announcement in November, Portman said she is “proud of my Israeli roots and Jewish heritage.”

A top lawmaker in Benjamin Netanyahu’s ruling Likud Party called on the government to strip Portman of her Israeli citizenship.