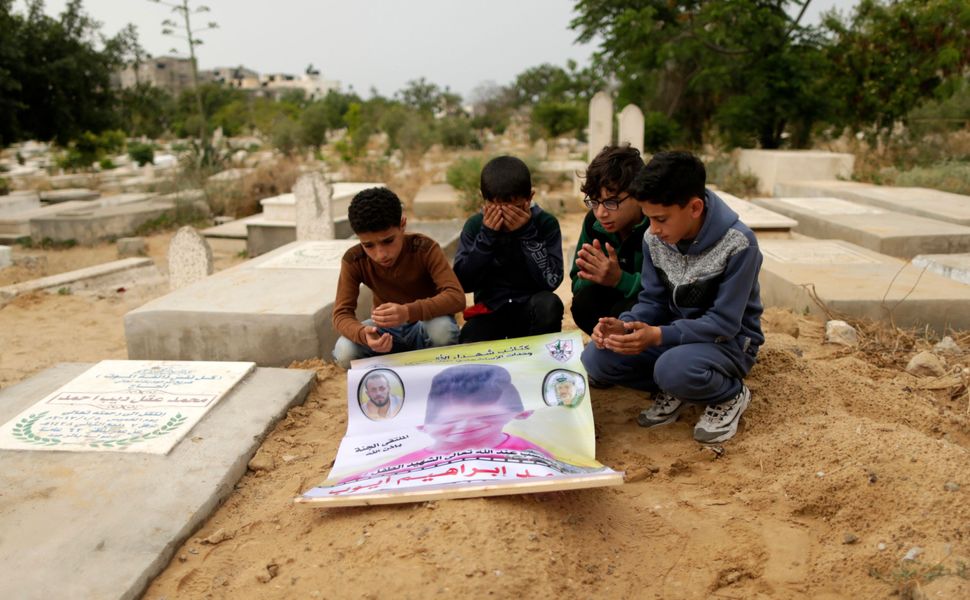 It’s now been a month. An entire month of Palestinian organized, initiated and funded violence at the border with Gaza. What began with a promise of non-violence has cost some 35 Palestinian lives and hundreds of reported casualties.

But the leaders of Hamas keep promising us that the worst is still ahead. Indeed, we are now looking forward to May 15, the Nakba Day, as the climax of the latest wave of Israel-Palestinian lethal exchanges.

What is disturbing is that almost all of the lives lost could have been avoided. Israel announced that it intends to protect its sovereignty, defending the border fence because the consequence of a breach of that final line of defense puts thousands of Israeli civilians at risk. It’s a risk no Israeli leader rightfully is willing to accept.

Subsequently, Palestinians armed with swastikas, incendiary kites, tires, fire bombs, rocks, explosive devices and even automatic rifles have approached the border at each of the Friday protests. Their intentions cannot be ignored, even if they have been well hidden at protest tents.

And yet, the deadly intentions of these armed protestors have failed to make a dent in the news. Instead, the diplomatic and media game-plan were set when the Palestinians announced that they were going to gather non-violently at the border, all the while knowing that they would only get air-time and the convening of the UN Security Council if there was carnage. As one senior bureau chief once said to me “If it bleeds it leads, everything else is bullshit.”

After the distressing images from this past Friday’s exchange that left four dead, including a fifteen-year-old, the UN Special Coordinator for the Middle East Peace Process, Nickolay Mladenov, tweeted his outrage:

? It is OUTRAGEOUS to shoot at children! How does the killing of a child in #Gaza today help #peace? It doesn’t! It fuels anger and breeds more killing. #Children must be protected from #violence, not exposed to it, not killed! This tragic incident must be investigated.

While this is exceptional language for such a senior diplomat, he is human, and obviously I believe genuinely moved by the images.

However, what is clearly missing is the broader understanding that the death of fifteen-year-old Mohammad Ayoub and the others were completely avoidable.

This is why I believe that the UN Special Coordinator failed when he tweeted. Indeed, he, along with all of the diplomatic senior officials, Human Rights activists and pundits cannot be observers that condemn. They must contribute to the protection of Gaza’s people.

Here are some practical things required for the coming weeks that might save lives.

The time now is for action, not condemnation, and certainly not outrageous tweeting. Action. While the leaders of Israel are being clear that the use of force will be permitted against those that wish to destroy Israel, Hamas needs to send a clear message that they don’t want people to die during their protests.

If they don’t, we can assume that they want the opposite. And that is what’s really outrageous.