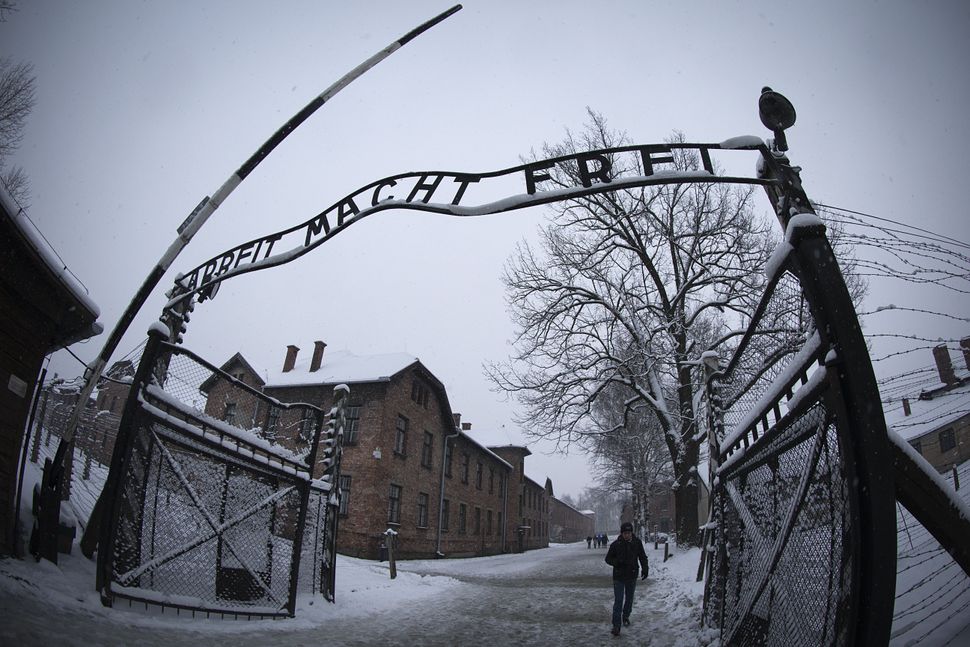 In a few weeks’ time, the Polish Constitutional Court will deliver its ruling on whether the anti-defamation law introduced earlier this year (which criminalizes any mischaracterization of Poland’s role in the Holocaust including use of the phrase “Polish death camps”) will be declared unconstitutional.

Here in the Bay Area, I was heartened to speak recently with several visiting Polish government officials and intellectuals who expressed their opposition to the law in moderate tones. Contemplating the legal recourse to be taken, questions loom large: Will the government rescind or revise the law, and if the latter, to what extent, and how will the government lead in an effort to restore good will among nations most directly affected, such as Israel and the United States?

In anticipation of the ruling, which by all indications will be a positive action, I am reminded of the old saying: “People who don’t know history are doomed to repeat it.”

More specifically, I recall January of 1995, when then President of Poland Lech Walesa hosted the annual international commemoration marking the 50th anniversary of the Soviet Red Army’s liberation of Auschwitz-Birkenau. In the days leading up to the ceremony, Walesa pre-released an official statement to the international media that did not acknowledge European Jewry’s victimization at the Nazi death camp. He instead focused on Polish suffering, instantly sparking a firestorm of worldwide condemnations from governments, human rights organizations, and notable Jewish leaders such as Elie Wiesel.

Walesa’s actions aligned with a nationalist narrative portraying Auschwitz as a Nazi prison camp that primarily affected the Polish victims, whose suffering was indeed great and must be remembered. However, he neglected the majority of those who died in the camps. Nine out of ten were Jews.

We know now that Walesa’s diplomatic blunder triggered two decades of Holocaust education. Poles came to widely recognize Auschwitz-Birkenau as the most tragic symbol of Jewish suffering in the Nazi genocide – while simultaneously preserving memory of Auschwitz as a site of Polish memory in WWII. Subsequent governments also led efforts to strengthen Polish-Jewish understanding inside and outside the country. This included significant Polish government funding to support major Jewish projects such as the POLIN Museum of the History of Polish Jews, the Emanuel Ringelblum Jewish Historical Institute, and the Jewish Culture Festival. Most recently this includes the restoration of the Warsaw Jewish Cemetery, and the renovation of the last-standing Jewish building in Warsaw, a prewar Jewish hospital.

In my dual roles as Chairman of Taube Philanthropies and Honorary Consul for the Republic of Poland in the San Francisco Bay Area, I feel conflicted in discussion of the Polish government’s so-called “Holocaust law.” While Polish society has certainly progressed with a more mature democratic consciousness, it cannot be denied that a regrettable level of anger and discord have been unleashed, not seen to this degree since the 1990s.

Having dedicated my life and my foundation to revitalizing Jewish life in Poland, I have found these developments painful, as they threaten to undercut the positive efforts of the last few decades. These recent events cannot help but strain the progress that we have made knitting together communities, building bridges between the Jewish people and the Polish government, and strengthening ties between Israel and Poland.

There are however, some positive signs: the rancor surrounding the passage of this new anti-defamation legislation has subsided, tempered by Holocaust remembrance events such as March of the Living and ceremonies marking the 75th anniversary of the Warsaw Ghetto Uprising. The presidents of both Poland and Israel walked together during the March of the Living, and the Israeli Ambassador to the UN, together with his partners at the American Zionist Movement, hosted approximately 30 ambassadors to the UN in both Krakow and Auschwitz, and held several meetings with the Polish Jewish community.

To honor the 75th anniversary of the Warsaw Ghetto Uprising on April 19, Polish President Duda was joined by Israeli Ambassador to Poland Anna Azari and chairman of the World Jewish Congress Ronald Lauder to speak at the event.

Let’s hope civility endures. As American Jewish Committee director David Harris noted, “Poland, Israel, and the Jewish world are all, in a deeply meaningful way, umbilically linked.” And as both the late President Lech Kaczynski and former President Bronislaw Komorowski have stated, “There is no Polish history without Jews, and no Jewish history without Poland.” Good will and peaceful diplomatic relations will hopefully prevail.

Hence, if history is to repeat itself, the next steps must include reconciliation and public education. At the diplomatic level, Poland is receiving consultations regarding review of the defamation law. It is expected that the Constitutional Court will find parts of the new law unconstitutional and call for modifications. It is doubtful, however, the law will be totally withdrawn.

At the very moment the Constitutional Court delivers its ruling, Polish leaders should be prepared to roll out a public education campaign to rebuild relationships both internally and internationally, clarify its goals, and seek alternatives to criminalization to protect against historical inaccuracies. It might also be the occasion for Poland to join the world political theater, where nations recognize the dark chapters in their respective histories. Governments, just as people, make mistakes, and statements expressing regret are not signs of weakness; they are instead signs of courageous leadership.

We look forward to continuing our work in Poland, where I truly believe the future of the Jewish people remains bright. Thankfully, there is a history of progress and understanding that can and should also be repeated.

Bay Area businessman Tad Taube is Chairman of Taube Philanthropies and Honorary Consul for the Republic of Poland in the San Francisco Bay Area.