The Mocked Hasidic Child Could Have Been Mine – Or Yours 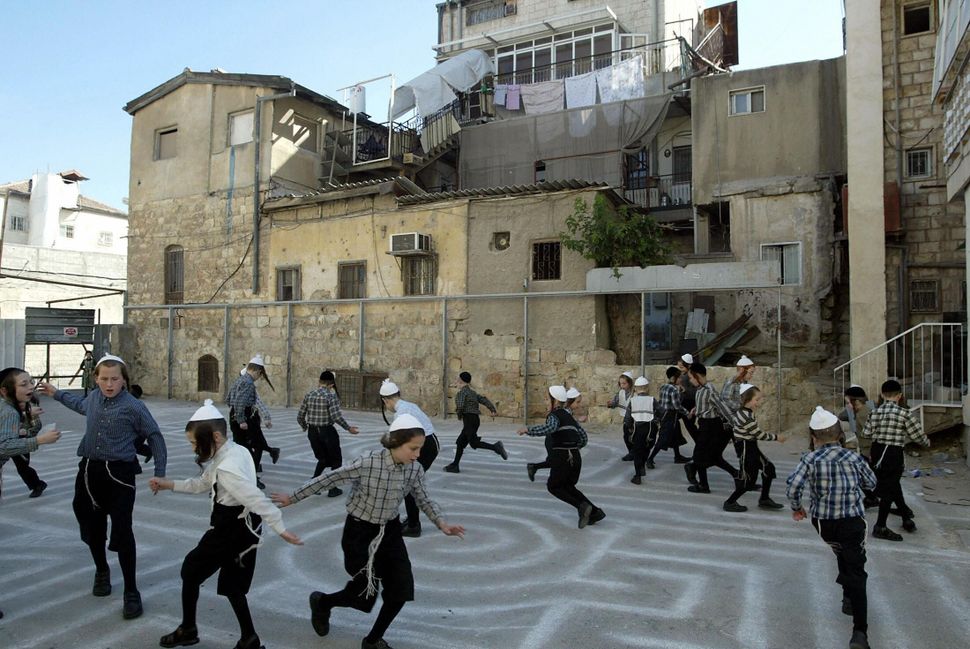 In a since-deleted video, an Orthodox child cries as a grown man makes fun of his sidelocks. Despite the fact that the video was both anti-Semitic and a violation of the child’s privacy, it went viral, with millions watching and almost 100,000 people “liking” the video before it was finally removed.

Ever since I watched in horror, I can’t help but wonder:

What if it were my child on the screens of over two million people?

What if it were my child who was mocked, laughed at and bullied?

What if it were my child who tens of thousands of adults laughed at?

What if my child were dehumanized, degraded, and dominated in such a way?

The video of this young Hasidic Jewish child being mocked for his hair as he stood there crying was not entertainment for me. It was evidence.

The child in the video could be my own child. I live in Crown Heights, where three Hasidic Jews were attacked in the span of three recent weeks. One of the victims was attacked by a group of five men. Another was beaten for waving in greeting to another man. The man attacking him yelled, “I don’t say hello to fake Jews. Who did you say hello to?” Then he began choking the Hassid as he yelled, “You f—-ing Jews! You stole my money! I gotta kill you!”

Then a young student was attacked by two men with knives. His father later said, “They didn’t demand anything from him, all they wanted was to hurt him, to take his life.”

And as I listened to the man who made fun of the child laugh, I wanted to lash out and scream, however one can scream online.

I went to the original poster’s Facebook page because I wanted to leave a comment letting him know how I felt; I wanted him to know how much hate he’d spread.

But all I saw were racist comments in reply. All I saw was the same hatred reshaped, but now with the video’s poster as the target. All I saw on Twitter was comments like, “If this had happened to a black child, we’d be up in arms!” even as no one fought back against all the racism that was literally in the same thread they were commenting on.

It could have been my child, but it is clear that moral is not enough.

The millions who laughed at the child abused that child. They were part of a cycle of hate that has continued for generations, a chain of hate that has included pogroms, mass slaughter and yes — even the Holocaust.

Until the paradigm of hatred towards all groups is utterly eradicated, all of our children are in danger.

All of our children could have been in that video, not just mine.

And that’s what you ultimately need to see: that the child in the video is your child. We are all made in the image of God, and when any child is put in the crosshairs just because of how they look, we are denying the basic truth that will allow us to break out of these cycles. We are still living in a broken world.

Look at that child.

And so, I will speak out against you who shot that video, you who shared it. And I will tell you that it could have been my child. And I will tell you that just because you are behind a screen, or you are a man holding a camera as if it could protect you from the monster you’ve become, that does not make your hate any lesser than the people who committed those atrocities. It just means you happen to be lucky enough to be living in a time where you haven’t been put to the test.

I have to tell you this because if I don’t, it makes it more likely that my children will suffer at your hands. If we don’t speak up against hate, then the next generation pays the price for our cowardice, because we didn’t do our part to change the equation in the limited time we had on this earth.

That people thought turning to racism to fight back against this bigotry was the way to respond is the indication of this reality. Because until every person on earth looks at a child and only sees a precious gift from God, and not an object to be mocked, we will live in a world where one of us will be targets. My child, your child, or another child.

Until the paradigm of hate of all groups is utterly eradicated, all our children are in danger. All of our children could have been in that video. Not just mine.

And that’s what you ultimately need to see: that child is your child. That child is all our children. Because we are all made in the image of God. And when any child is put in the crosshairs just because of how they look, we are denying the basic truth that will allow us to break out of these cycles. We are still living in a broken world.

Look at that child. And see your own. Until then, the children of the world will be kept waiting for us to finally grow up.

Update: the man who made the video has since apologized:

@FonrougeGab good afternoon . First I’d like to start by saying i truly apologize for posting that video of the young man, i never meant to come off as a racist. I have nothing against any race or religion. I posted the video just for a few laughs i didn’t think of how sensitive

The Mocked Hasidic Child Could Have Been Mine – Or Yours