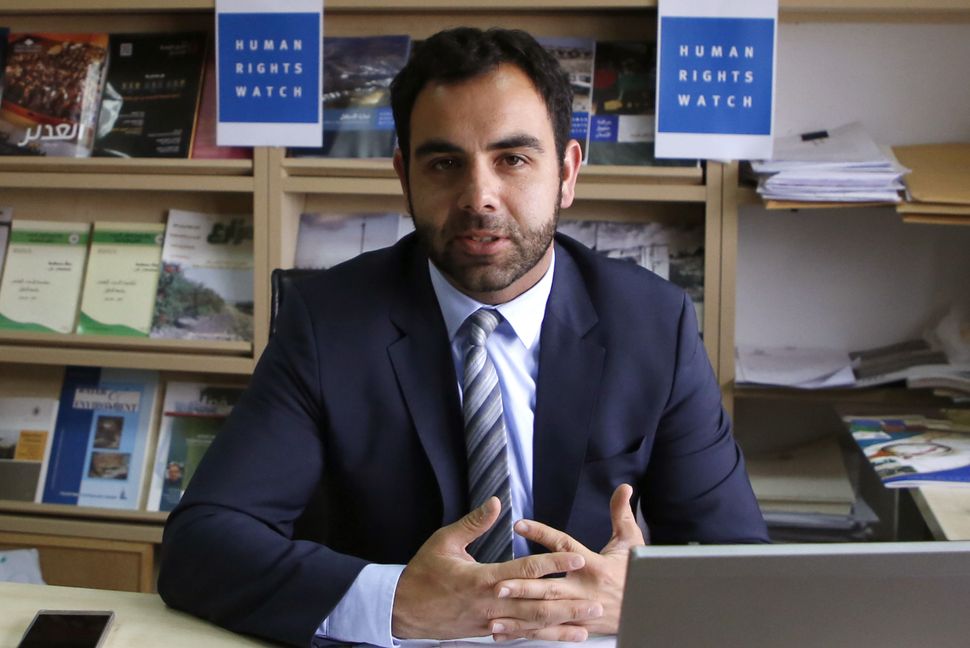 I feel like I am standing on a melting ice floe. For decades, I have loved Israel. I want it to thrive as a shining, rights-abiding country. And yet, increasingly, I find I can envision a day when I (or maybe my children) will not want to go there anymore.

My Jewish life, which began 25 years ago when I was nearly 50, was always built around that vision of Israel and my deep conviction that it could be the reality.

But Israel’s actions, especially recently, leave me increasingly questioning this. And I find myself thinking: We lived without Israel for two millennia; if Israel continues this on its current ugly path towards becoming an alien place, can we again live without it?

I don’t mean the destruction of Israel as an independent nation state. That is unthinkable and impossible.

But what if it’s a place that doesn’t want us? It’s a chilling question and yet it’s time we asked it.

Last week, two events brought these feelings to a head: the expulsion of Columbia University professor Katherine Franke, and the pending deportation of human rights worker Omar Shakir. These expulsions are significant not only in themselves, but because of what they signal: Israel has become a deeply illiberal place. The fanatics are in charge. And it’s getting worse.

It’s this that brings me closer than ever before to feeling that the time could come that there will be no place for me in Israel.

Shakir is an American lawyer, born and raised in California, and a graduate of Stanford Law School. He was hired by Human Rights Watch several years ago, initially as a researcher in Egypt and assigned to Israel/Palestine last year.

When Human Rights Watch applied for a work permit for Omar, Israel initially denied him one. “Human Rights Watch is systematically biased against Israel,” Emmanuel Nahshon, a spokesman for the Israeli Foreign Affairs Ministry, told the New York Times. “They are in fact in the service of Palestinian propaganda rather than being in the service of the truth and human rights.” Israel later backed off this ridiculous charge and granted him the permit. But then, based on “a private lawsuit” according to Israel, the Ministry of Strategic Affairs and Public Diplomacy proceeded to amass a “dossier” on Shakir.

And on May 8th, Israel used this dossier as the justification for ordering him to leave the country within 14 days.

The dossier accuses Shakir of being “committed to end the occupation,” and of calling for “divestment of companies involved in human rights abuses,” and of labeling BDS “non-violent resistance.” In the eyes of the Israeli Ministry, these things make Omar unfit to dwell among us. “Given the fact that Shakir has actively and consistently been involved in promoting boycotts of Israel, the position of the Ministry of Strategic Affairs and Public Diplomacy is that his work permit should be revoked,” they write.

And yet, who of us is not committed to the things to which Omar is committed? And even if we disagree with him, isn’t Israel supposed to be a democracy with free speech? Can’t we tolerate dissent?

Franke’s case raises similar concerns. A professor of law, gender, and sexuality studies at Columbia University, Franke also directs the Center for Gender and Sexuality Law and is the faculty director of the Public Rights/Private Conscience Project.

She was deported upon her arrival at Ben Gurion last week because, Israel said, she has a prominent role within Jewish Voice for Peace.

Franke denies that she is a JVP leader. And yet, let’s say she were one. That now passes for acceptable grounds for exclusion from Israel, a land founded on principles of freedom and justice, a country that proudly (but inaccurately) bills itself as the only democracy in the Middle East?

What are we, the civil rights advocating, progressive, Israel-loving American Jews, to make of this situation? How to relate to a beloved country that will not turn from its appalling violations of civil and human rights?

To contemplate turning from Israel is heartbreaking. And yet Israel’s offenses mount: disparaging our liberal Judaism by abandoning the Kotel deal, cozying up to Trump, demonizing Palestinian Israelis on their way to vote, lifting not one finger to end the occupation and instead entrenching it.

With the number of American Jews supporting Israel rapidly decreasing, you would think Israel would hesitate before pursuing such stupid, unforced errors as expelling Franke and Shakir for their rights advocacy. But Israel has simply stopped caring what the liberal Diaspora thinks.

How long will we squirm before we are ready to say, “I have Jewish values to pursue and I’m wasting my time trying to pursue them in Israel”?

But wait. Who would we be if we stopped regarding Israel as our center and our core? We would not be the first generation to ask this question. Fresh examination of the meaning of diaspora is increasingly prominent in Jewish venues. I have participated in a Jewish study group for many years that this year is studying the meaning of diaspora, and the many scholars and sources over the centuries who have proposed and argued that the diaspora is not the margin but is and always was the heart and soul of the Jewish People. My classmates and I were aghast. Who knew?

In the face of illiberalism, liberal Jews have pulled our punches in our critique of Israel, unwilling to threaten the center. Few dare to cross the line from criticism to the advocacy of real consequences. We have been satisfied with saying, and saying again, “I’m warning you,” and we have said it for 50 years, as things got worse and worse.

Would that we, progressive Jews, could bring ourselves to stop expecting words alone will make a difference and start to advocate for actual consequences, smart and strategic, such as, “Don’t invest in companies involved in human rights abuses.” But mainstream American Jews won’t cross the line from critique to consequences. We know all too well what happens when that line is crossed; you get expelled when you land at Ben Gurion.

Without effective tools, it is hard to see how the downward spiral can be stopped. It’s a terrible dilemma. I do not call for an end to Israel-Diaspora relations, nor do I endorse the Global BDS Call. My calls for effective tools goes nowhere. And so I worry I could drift away.

I was in Israel last month with my son and my new daughter-in-law and we spent a lovely half-day with an architecture guide in Tel Aviv. She asked us what we were doing that evening. My daughter-in-law said, happily, “We are having dinner with mom’s friend Hagai ElAd of B’Tselem.” The guide said, “You should poison him. He is a traitor.”

When we told Hagai the story, he laughed. He and other patriots like him literally face death threats as they try to save Israel, and they continue to believe the work is worth doing.

If there is one thing that slows my drift, that is it.

Kathleen Peratis is the co-chair of the Middle East North Africa Advisory Committee of Human Rights Watch and a member of the Board of the Forward.