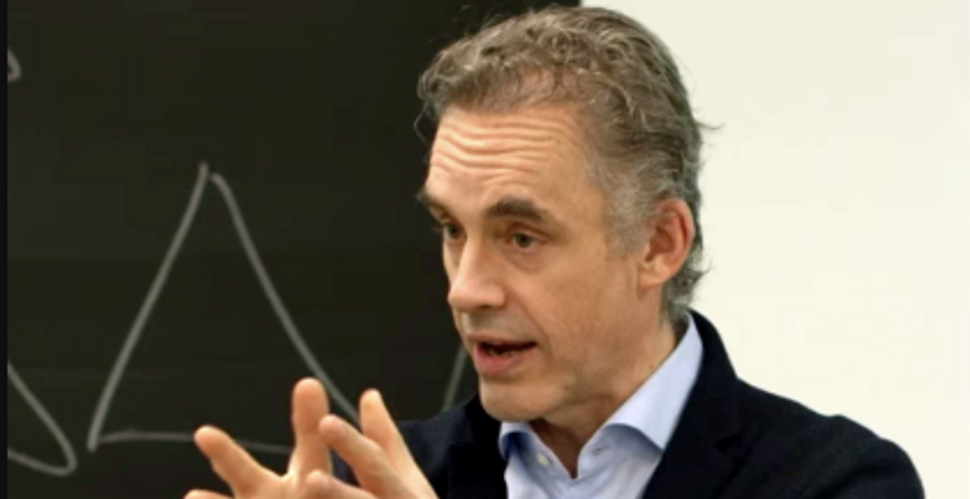 Jordan Peterson and unlikely cult figure in the anti-“political correctness” counterculture on the Internet, has been the subject of much discussion lately—including harsh critiques accusing him of authoritarian tendencies.

But probably none have generated as much controversy and backlash as the Forward piece by Ari Feldman with the incendiary title, “Is Jordan Peterson Fueling Jew Hatred?”

The article, which many have decried as a smear, does not quite answer its own question in the affirmative. It examines Peterson’s commentary on the causes of high Jewish achievement and quotes Peterson himself as saying that he despises anti-Semitism and is seeking to combat it; it also acknowledges his attacks on the “pathology of racial pride” on the far right. But this material is presented in a way that suggests Peterson is, intentionally or not, appealing to anti-Semitic sentiment, with Emory University historian and eminent Holocaust scholar Deborah Lipstadt calling his comments “suspicious.”

One need not be a Peterson enthusiast to think that Lipstadt’s implication is troublingly unfair.

The article links to a seven-and-a-half-minute video clip from one of Peterson’s lectures titled “Why Jews Are So Successful,” in which he argues that the reason Jews are disproportionately represented in many elite fields is that their average intelligence is higher than that of other groups and that the disparity is even greater in the small cluster of the very brainy at the top of the scale. Lipstadt is quoted as saying that she “begin[s] to get leery” when people start asking such questions. She also compares Peterson to Kevin MacDonald, a retired psychology professor at California State University-Long Beach and a major figure on the alt-right, suggesting that both may be using “academic language” to cloak anti-Semitism.

Yet the anti-Semitism of MacDonald, the founder of the white supremacist website The Occidental Observer, is not particularly cloaked. (The site has such topic tags as “Holocaust Industry” and “Jewish aggressiveness.”) MacDonald’s thesis, articulated in such books as “The Culture of Critique,” is that Judaism is a “group evolutionary strategy” aimed at advancing Jewish interests at the expense of others and that part of this strategy for diaspora Jews is to subvert “host” societies—for instance, by questioning traditional social norms, promoting political radicalism, or advocating mass immigration.

Peterson, however, actively rejects such views. Indeed, his discussion of Jewish intelligence is largely a response to MacDonald and his fans. Feldman himself notes that Peterson’s blogpost on the subject links to a critique of MacDonald’s theories.

There are certainly alt-righters besides MacDonald whose interest in Jewish IQ goes hand-in-hand with either overt anti-Semitism or creepy Jew-bashing innuendo (such as blogger Steve Sailer’s comment that America’s “wealthiest, most powerful” minority uses its media influence to “demoralize and divide” others). But Peterson’s detractors have yet to point to anything remotely similar to such rhetoric from him.

Lipstadt is concerned that even to answer questions about “Jewish success” and Jewish intelligence may validate anti-Jewish tropes; elsewhere in the article, Feldman calls this “an old anti-Semitic dog whistle.” Yet such discussions have also appeared in mainstream liberal venues. New York magazine ran a cover story by Jennifer Senior titled “Are Jews Smarter?” in 2005; the following year, Harvard psychologist Steven Pinker wrote about the Jewish genetic heritage, including the question of intelligence, in The New Republic. (Both articles acknowledged fears that claims of a Jewish advantage in brainpower can feed insidious notions of Jewish domination and that attributing it to biology can smack of “race science.”)

Moreover, criticizing Peterson for his “willingness to answer questions” is particularly misguided in today’s information environment. For both better and worse, cultural gatekeeping has been drastically weakened by the Internet, and people don’t need to make much of an effort to discover fringe, “beyond-the-pale” opinions including MacDonald-like conspiracy theories about Jewish dominance. To many, ignoring such questions is taken as evidence that there is no good answer. The purpose of Peterson’s discussion of Jewish intelligence is to stress that there is “no conspiracy,” no stealthy Jewish “nepotism” or behind-the-scenes cabal that maintains a hidden grip on power and influence.

It is also worth noting that, in the blogpost and the video, Peterson never ascribes Jewish intelligence to biological causes; the scientific consensus today is that IQ levels are the product of a complicated mix of heredity and sociocultural environment.

Another Peterson critic quoted in the article, the Southern Poverty Law Center’s Heidi Beirich, finds fault with Peterson’s claim that almost anyone could have become a Nazi if they lived in Germany under Hitler and that culpability for the Holocaust was widely shared. Yet given that Peterson sees the Holocaust as the ultimate evil, it’s difficult to see how this can be, as Beirich suggests, a form of “signaling” to an alt-right base.

Whether Peterson’s fan base actually includes neo-Nazis or white supremacists is, at best, highly questionable. He has been frequently attacked by these groups; while it is true that the neo-Nazi website The Daily Stormer recently hailed him as “the Savior of Western Civilization,” that post is a typical troll post, calling Peterson a “sleeper agent extraordinaire” whose critiques of anti-Semitism are actually “5D chess” covertly advancing a white supremacist agenda.

There are legitimate questions about Peterson’s coziness with certain segments of the alt-right. In January, libertarian blogger Stuart Hayashi, who agrees with Peterson’s critiques of leftist identity politics, posted an open letter to Peterson about his guest appearances on the podcast of alt right guru Stefan Molyneux, who is (as Hayashi demonstrates with numerous examples) a bona fide advocate for white supremacy often presenting a falsely moderate front.

Peterson has not replied to these concerns, though on other occasions he has said that his lectures have helped people on the far right move away from extremism.

If Peterson is joining the podcast of a racist crank in the hope of helping some of his listeners see the light, I think that’s a deeply misguided strategy. But after listening to his comments on (in his words) “the so-called ‘Jewish Question,’” I think it’s clear that he is actively trying to counter the alt-right’s anti-Semitic propaganda, whether or not he’s always going about it the right way.

One may disagree with Peterson about a lot of other things. But on this point, I believe the evidence is in his favor.

Correction: An earlier draft of this article misidentified Stefan Molyneux as a psychologist. We regret the error.

Cathy Young is a contributing editor at Reason magazine and is the author of “Ceasefire: Why Women and Men Must Join Forces to Achieve True Equality”. Follow her on Twitter, @CathyYoung63.