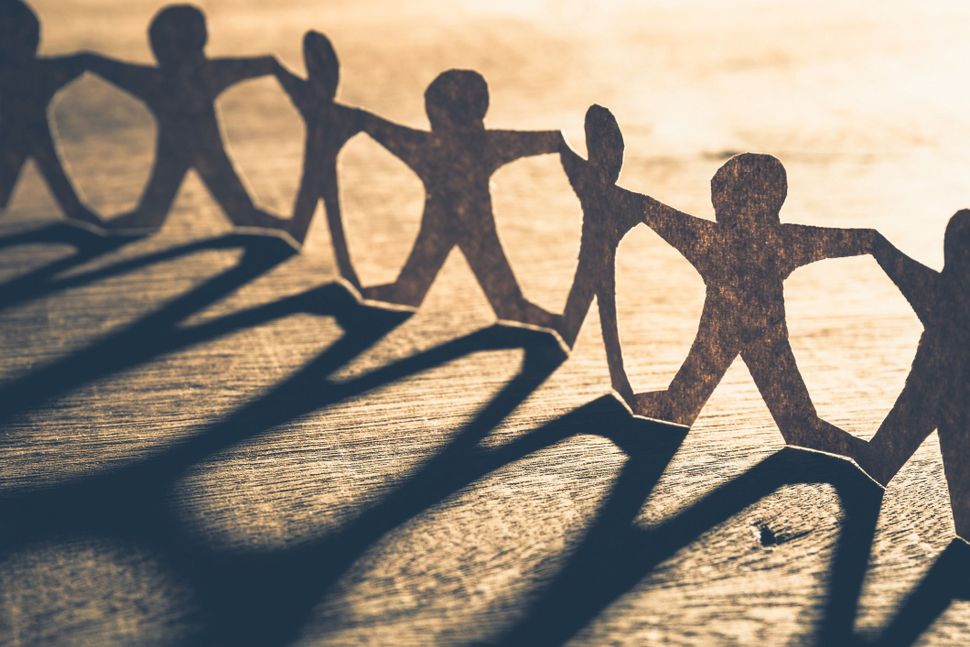 I know you’re having a problem with Jews right now, or “drowning in tweets from Jewish folk” as you put it in a tweet this week.

It wasn’t the first time. On March 2, you tweeted a defense of Tamika Mallory, saying that calling her anti-Semitic was “not just a lie, it’s lazy.” At the time, many in the Jewish community were critiquing her for associating with and defending the anti-Semitic Louis Farrakhan. “How could anyone love a bigot like Farrakhan? Because how you see him and how other people see him is as different as night and day,” you tweeted in defense of the Nation of Islam leader 8 days later.

I want you to see this because many of my friends say:

How could anyone love a bigot like Farrakhan? Because how you see him and how other people see him is as different as night and day.

In subsequent months, progressive Jews and Jews of Color, including Carly Pildis, Sandra Lawson, Rabbi Yael Ridberg and Elad Nehorai, claimed that you had blocked them on Twitter for calling you out, though you have since promised that you “would never do this” and that the blocking was an accident. You then wrote a long Facebook post in which you claimed,“Never in my life have I spoken or even thought a bigoted word against Jewish people.”

As a Black Jew, I want to explain to you why your words are so problematic, for both of our communities.

You tweeted that it’s racist for Jews to ask you to denounce Louis Farrakhan.

The more I speak up for the human rights and dignity of Palestine, the more Jewish leaders ask me to speak out against Louis Farrakhan.

It’s racist for you to even ask me this. I’m not responsible for a single word that comes out of his mouth

Maybe you don’t realize this, but by conflating the criticism of you and Mallory with racism, you are suggesting that Jews who worry about anti-Semitism — most Jews, actually — are somehow racist. That’s not just borderline racist itself. But it erases tons of people like me, Black Jews and other Jews of Color, forcing us to pick a side. You’ve created a false binary that puts Black Jews like me in danger, and isolates us. Either we stand with you, against “Jewish folk,” or we stand with racists.

This dichotomy is nothing but an illusion that has pitted the Jewish community and the Black community against each other for decades. It has led to hateful racism and wanton anti-Semitism.

Do you really want to be part of this reductive tradition?

You blame your activism for Palestinians for why Jewish people have been coming for you. “The more I speak up for the human rights and dignity of Palestine, the more Jewish leaders ask me to speak out against Louis Farrakhan,” you wrote. On Facebook, you took this line of reasoning further. “It is absolutely the right of all oppressed people to define for themselves what their oppression means,” you wrote. “But if carefully standing up for the human rights and dignity of Palestinians makes me anti-Semitic, we do have a problem. Because my conscience compels me to speak up and speak out for them.”

What you did here was suggest that the Jews who were asking you to denounce Farrakhan were doing so to oppose your Palestine activism, something I know to be false since some of your critics are friends of mine, so I know they are people who also support Palestinian human rights and dignity.

You then portrayed your involvement in defending Farrakhan as “six degrees of separation.” Last I checked, defending a bigot was direct, not indirect involvement.

Throughout these posts, you pitted two communities against each other by deliberately omitting information about your own actions, like your defenses of Farrakhan and the fact that countless Jewish activists were blocked by your account simply because they disagreed with you. And then you gaslighted Jews worrying about anti-Jewish racism. And you put Black Jews like me in an impossible situation.

Shaun, I find your actions really disappointing. You say you stand for justice but in this situation, you’re kind of like a Trump supporter who claims to fight for black people but votes for Trump because he’ll “bring back jobs.”

I know you think that’s harsh, but it’s true. Your defenses of Louis Farrakhan are totally unbefitting of someone who calls themselves an ally to the Jewish people. And the fact that you’re pitting two marginalized groups against each other is vile, and unbefitting for any social change activist.

Our communities are already so divided, and when you blame “Jewish folks” for coming after you, you strengthen those divides. You strengthen the negative ideas that too many Black people already have of Jews.

I have to call you out, because you’re dead wrong. You can’t tell Jews what anti-Semitism is if you haven’t lived that discrimination. You don’t get to decide what Jews get to be offended by. You are not Jewish. Don’t call Jews liars.

When straight cisgender men tell me what rape culture is and isn’t, or when my white friends try to define racism for me, I verbally destroy them. Because it isn’t their place to dictate my own damn experiences.

Yes, Farrakhan is evil. I won’t stop saying it. He’s a misogynist, a homophobe, a transphobe and an anti-Semite. As a Black Jewish woman, he stands against everything I am, as do you when you refuse to stand apart from him. He disgusts me, and the way he is tolerated and celebrated disgusts me. He’s evil, and by defending him, you’re perpetrating hate.

Jews are expected to sit quietly and not express disgust at people who support evil men like Farrakhan. And Black Jews are expected not only to hold our disgust, but to see the good in Farrakhan, to acknowledge all the great work he’s done.

Could you imagine someone having the audacity to erase your struggles like this?

You need to know something about my everyday experiences with my identity: They fucking suck. Being a Black Jew is one of the most lonely experiences I can think of. It’s like being on an island, all by yourself, and only connecting with other people sporadically. There are very few people who can fully understand what I go through. And each time someone like you decides to create a chasm between the two sides of my identity, it pushes my tiny island further and further away from the mainland.

I’m working on dismantling that binary. Are you going to join me?

The first step to fighting anti-Semitism is listening to Jewish people when we talk about our own experiences.

I admire you and your work a lot. You were part of what inspired me to start writing, because you showed me how powerful words can be – that they can help people like us find our voice and change a society.

As writers and journalists, our responsibility is to bear witness to the world.

Shaun, you are choosing not to bear witness to evil of Farrakhan, and to the harm that you and Mallory have caused. As writers, choosing to remain blind to the experiences of others is one of the worst things we can do.

So, I’m asking you to do the right thing. Stop forcing Black Jews into a false dichotomy. Stop deflecting. Stop gaslighting. And please, for the love of God, stop defending Farrakhan.