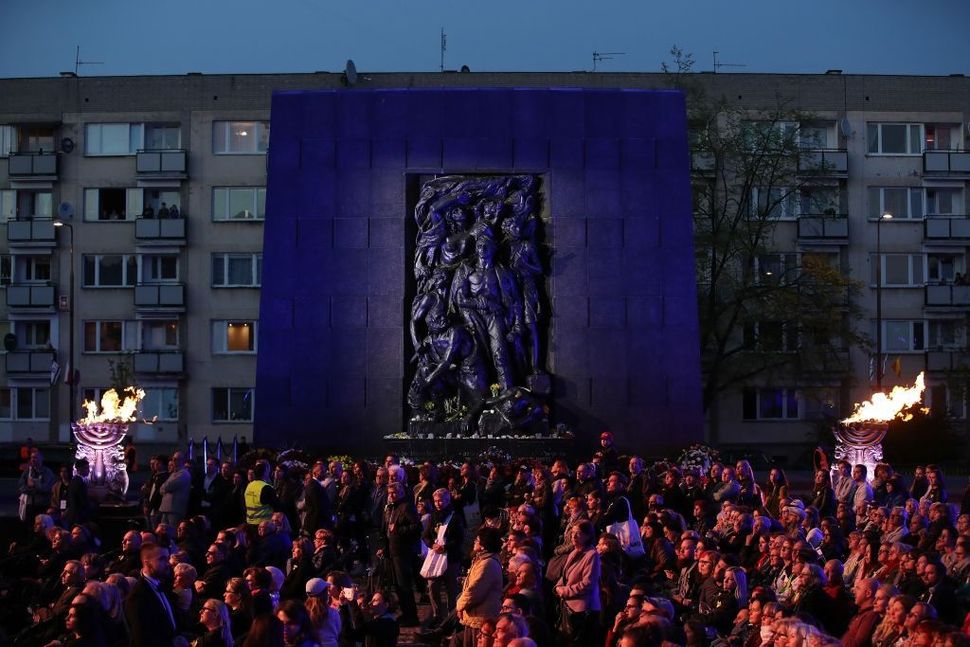 WARSAW, POLAND - APRIL 19: People attend an evening concert at the Ghetto Heroes Monument as part of commemorations marking the 75th anniversary of the Warsaw Ghetto Uprising on April 19, 2018 in Warsaw, Poland. (Photo by Sean Gallup/Getty Images) Image by Getty Images 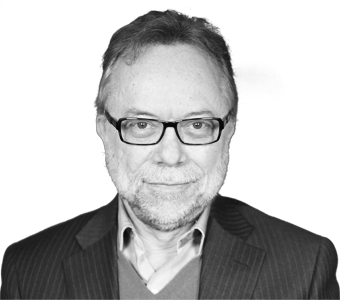 The honorary doctorate being awarded this week by Krakow’s Jagiellonian University to San Francisco-based philanthropist Tad Taube is noteworthy for two reasons. One speaks to Poland’s recent history, the other to the present political moment.

No one has done more during the last 30 years to repair the anguished relationship between Poland and the Jewish people than the Jagiellonian University, on the Polish side, and Tad Taube, on the Jewish side. Each was singularly well-suited to their roles.

The Jagiellonian University, founded in 1364, is the oldest and most respected university in Poland, and one of the oldest in Europe. In 1988, even though Poland was still part of the Soviet bloc, the University’s then-rector, Professor Joseph Gierowski, asked the YIVO Institute for Jewish Research to lend its widely acclaimed photo exhibition on Jewish life in Poland between the world wars, “Image Before My Eyes.”

Gierowski wanted to show his students and remind his faculty and countrymen of the teeming vitality and richness of prewar Polish Jewry. He wanted this exhibition, curated by the late Lucjan Dobroszycki and by Barbara Kirshenblatt Gimblett, to open in the Collegium Majus, the university’s first building, where Copernicus had worked, on the 45th anniversary of the Warsaw ghetto uprising in April 1988.

Gierowski was pushing the limits of what glasnost made possible in 1988. But it was also an attempt at reconciliation: Lucjan Dobroszycki and his family were among the Polish Jews who had been victims of the anti-Semitic campaign of March 1968, when 15,000 were spit out by their country to make new lives in Israel, the U.S., Canada, Denmark, Sweden and elsewhere. Unfortunately, Dobroszycki had a stroke three weeks before he was to leave for the exhibition’s opening in Krakow. Speaking at the opening in his place, I said that Dobroszycki had not left Poland two decades earlier. “Poland had left him.”

Tad Taube is a native son of Krakow, born there in 1931, barely two years after his father had earned a law degree at the Jagiellonian University. He and his family immigrated to the U.S. in the summer of 1939, weeks before the German and Soviet invasions of Poland. For the last 15 years, Taube and the foundations he headed have been the most generous donors to a broad range of projects in Poland, Israel and the U.S. that today bring together Poles and Jews. He made the largest donations to the core exhibition at Warsaw’s rightly lauded POLIN Museum of the History of Polish Jews, without which it wouldn’t have been realized. That museum, jointly funded by the Polish government and by Jews in the U.S. and other countries, is itself an extraordinary contribution to repairing the Polish-Jewish relationship. (Full disclosure: the Taube Foundation has also made donations to the Forward.)

Regrettably, that process of repair is now in question. The government of Poland adopted legislation earlier this year that criminalizes “defamation” of Poland for the actions of Poles during the Nazi occupation. That law seems to have acted as a kind of dog whistle signaling that anti-semitic slurs and harangues in social media and the nationalist press are once again acceptable. In response, every Jewish organization in Poland signed on to an unprecedented open letter to the government that compared the new atmosphere to the worst memories of March 1968. The “anti-defamation law” has been condemned in Israel, Europe, the U.S. and, indeed, in Poland. Taube, too, even though he serves as Poland’s honorary consul in the Bay Area, has criticized it as a “mistake” in an opinion piece in the Forward on the occasion of this year’s Warsaw ghetto commemoration, and called on the government to rescind it, in whole or in part.

This honorary doctorate, awarded at this political moment to one of the leading proponents of Polish-Jewish reconciliation, should be seen as a blow against the nationalist currents that seem dominant in Poland today. The Jagiellonian University is on the side of free inquiry and unfettered speech, which is essential if the repair of Poland’s relationship with the Jewish people is to continue.

Samuel Norich is president of the Forward Association.