The Angry Left Is Turning Me Into A Trump Supporter 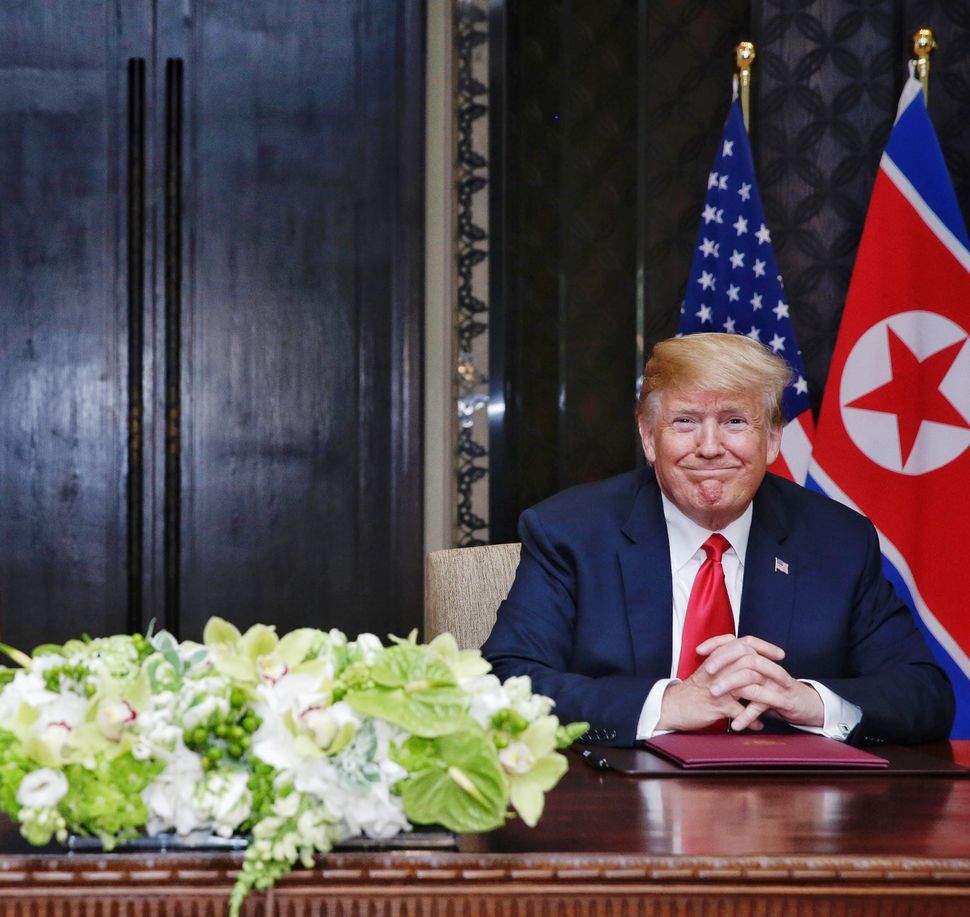 During the election, the deluge of hate that came my way when I expressed my disapproval of then-candidate Donald Trump was so violent that I purchased a gun.

But these days, the vitriol is coming from the other side. Chance the Rapper, for example, was was eviscerated online for suggesting that “Black people don’t have to be democrats,” and eventually pressured into apologizing. His comment came after Kanye West faced a firestorm of criticism after tweeting in support of Donald Trump. Earlier this year, country singer Shania Twain, a Canadian, also felt the need to apologize for stating that, were she an American citizen with voting rights, would have voted for Trump.

Expressing anything resembling support for the Trump administration has become nothing short of a taboo. And while these backlashes are hardly the same as the tweets I would get threatening my family during the election, they do raise the question, should Americans really be publicly shamed and bullied into apologizing for stating that they support the President of the United States?

There is more than a chance that this could spectacularly backfire.

During the primary season and general election, I was a vocal conservative against Trump. I could not fathom how anyone could possibly support such an oaf, such a bully, for President.

But I’m starting to understand.

Before the election, The Atlantic’s Conor Friedersdorf published a dialogue he had with a 22-year old Trump supporter living and working in Silicon Valley. How could such a man possibly support then-candidate Trump, was the question Friedersdorf put to him. “For me personally, it’s resistance against what San Francisco has been, and what I see the country becoming, in the form of ultra-PC culture,” the Trump supporter told him. “That’s where it’s almost impossible to have polite or constructive political discussion. Disagreement gets you labeled fascist, racist, bigoted, etc.”

This backlash against political correctness is what got Donald Trump elected. Not only do Trump’s voters continue to believe his level of political correctness is correct, but surveys consistently find the highest correlation between being anti-P.C. and supporting Trump, stronger even than feelings about immigration. According to a survey in ClearThinking.org covered in Reason, believing “there is too much political correctness in this country” was the second most reliable predictor for whether someone would vote for Trump (the first was party affiliation).

It’s not just on national issues, either. In a survey conducted for their book on the populist revolt that led to Trump’s election, “The Great Revolt”, Salena Zito found that 85% of Trump voters wanted the United States to make our own decisions on major issues and challenge other nations to follow our example.

We’ve seen how that unwillingness to adhere to traditional political norms has paid off in dividends internationally. Every President has been told that he simply cannot move the embassy in Israel to Jerusalem, and watching Trump thumb his nose at that convention has been refreshing for many conservatives including myself.

So it’s ironic that the very cause of Trump’s election — the over-policing of discourse to conform to liberal notions of political correctness — has reached a fever pitch in the wake of his election.

By PC culture, I don’t mean things like the very positive fact that we can’t call minorities ugly epithets anymore. I mean liberals defining what counts as “appropriate” speech and demanding fealty to these standards, such that every perceived wrong step, every comment they don’t like, is turned into something as egregious as the N word.

This obsession with political correctness, which fueled Donald Trump’s election, has now spread and mutated to incorporate him. Part of being a member of politically correct culture has now become an insistence on repudiating the President and his election. Americans are told they should not, they cannot, support this man, under any circumstances. To do so is racist, the cardinal sin of our generation.

In 2018, supporting the President of the United States will get you labeled a racist.

Liberals point to things like the new policy on immigration which separates children from their parents, comparing it to the Nazis. The overreaches and abuses in the realm of immigration are heartbreaking and disheartening. It’s disingenuous, however, for liberals to suddenly be concerned given how much of Trump’s treatment of immigrants is merely an extension of Obama-era policies. Recently several instances of abuses were shared, from kids in cages to prison buses, which were at the time blamed on the Trump administration, but were later exposed to be from before his inauguration.

It’s impossible to take liberals and journalists concerns about the welfare of immigrants at face value after their eight year slumber through the entire Obama administration.

But it’s not only disingenuous. What the President’s opponents don’t seem to understand is the hysteria and excuses are only driving more Americans into believing that we were desperately in need of a corrective.

The refusal to accept that millions of Americans knowingly voted for Trump will only help the President earn another term. For the hysteria from the left over dissent of any kind, but especially pertaining to Trump, is precisely what has resulted in the “owning the liberals” mentality on the right, which is only gaining steam.

As Salena Zito explains in “The Great Revolt”, “Rust Belt voters watched on cable television as the Left and journalists pigeonholed their rebellion as an ugly bout of white nationalism, doubling down on all the elitist snobbery those voters sought to rebuke.”

And it’s starting to get to me, too.

Instead of trying to understand Americans and their choice for President, anyone voicing even a modicum of support for the administration is bullied into apologies and silence. The media turn public statements of support for the President into a news story for their viewers and readers to get outraged over. That’s the least of the media’s campaign against the President, which includes countless mistakes and corrections which only seem to break one way: against the administration. For a group of professionals who express shock and horror at the label “Fake news!” many members of the media are doing nothing but providing more ammunition for Trump’s attacks.

When he does do something well, like finally moving our embassy to Jerusalem or stepping out of an extraordinarily flawed Iran nuclear deal, it’s ignored or villainized. Americans notice the double standard; the refusal to see anything positive, and the fixation on everything negative. There are some accomplishments every American can, or should, admit are positives. The economy is in fantastic shape; Trump has brought home American political prisoners from North Korea and Venezuela; he has pushed through the first steps of important criminal justice reform. Those stories are roundly ignored by a media intent on taking down the President, not reporting on his administration.

It’s enough to make even a NeverTrumper like me into a MAGA hat wearing Trump supporter.

Well, it’s almost enough. Every time he opens his mouth, I am reminded why I couldn’t vote for him. I’m reminded of his words about there being “very fine people” on both sides of Charlottesville. But if the President’s opponents continue to ignore his accomplishments and mindlessly attack him for another few years, it could create even more spiteful Trump voters as a result.

The Angry Left Is Turning Me Into A Trump Supporter