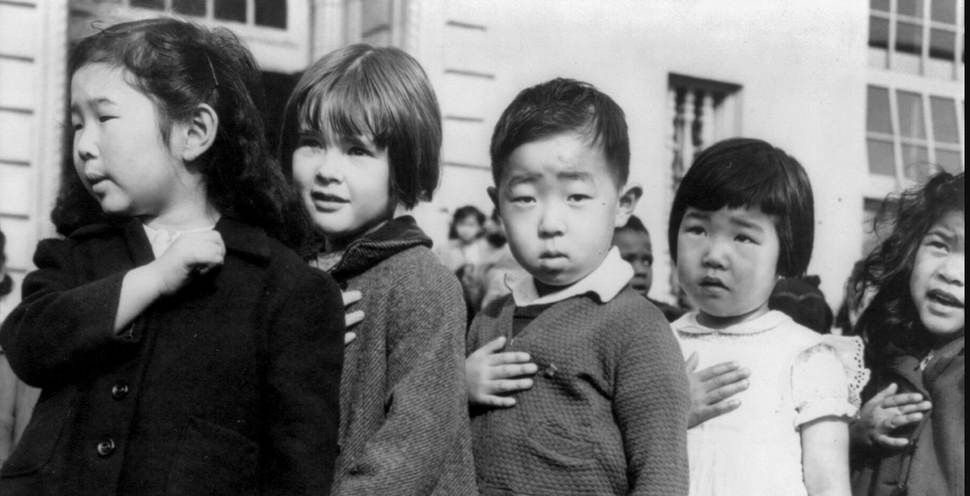 When I was in Orthodox high school, a teacher drew heartrending parallels between the Jews imprisoned in the Warsaw Ghetto and the forcible internment of Japanese-Americans during World War II. She did not equate these two tragedies; it was a lesson in how despite the fact that America may have been rightly celebrated for its part in the liberation of Europe, that fact should not overshadow the cruelties it encouraged back home.

Twitter has not learned that lesson. When it emerged in the past few weeks that the Trump administration was cruelly separating immigrant parents from their children, ripping families apart at the border, the comparisons to the Holocaust began almost immediately.

It’s certainly an understandable reaction. Nazis, after all, are considered history’s ultimate low in human capacity for the monstrous. And this current policy is certainly monstrous. Though the administration backed down when faced with outrage and protest, there are still more than 2,000 immigrant children that may never see their parents again. Some of these children are toddlers. Pediatricians and psychologists warn that these children are suffering irreversible trauma.

On the other hand, the equivalence is surely a false one that dilutes the horrors of the Holocaust and reflects the exploitation of Jewish suffering. After all, taking immigrant children from their parents under the pretense of “showers” is not the same as murdering Jewish children in “showers”.

The debate over whether or not one can compare the border crisis with the Holocaust raged on Twitter and in oped pages all week. And yet, the debates missed the point. For using Nazi Germany as the touchpoint for this awful cruelty is a deflection, nothing more than a denial of America’s own long history of atrocities.

Indeed, rather than an iteration of Nazi Germany, the separation of immigrant children from their parents is another contemporary echo of America’s historical crimes.

The American story of liberty and justice, of opening its arms to “huddled masses yearning to be free” has a dark shadow narrative of America’s failure to act on those values. The three-fifths compromise in which African-American slaves were counted as three-fifths of a human being in the census was drafted in the Constitution, the very same foundation of America that vowed to “establish Justice” and “secure the Blessings of Liberty.”

Slave owners and traders ripped families apart so routinely that after the emancipation in 1865, newspapers were flooded with personal ads from African-Americans reaching out in hope of finding their lost families. Today, immigrant parents are desperate to find their children. It is possible some never will.

As America expanded outward in the 18th-20th century, Native American children were moved into government-run boarding schools in an attempt to forcibly assimilate them, a policy defined by the infamous quote, “Kill the Indian, save the Man.” Boys had their hair shorn in a deliberate attempt to shame them; both boys and girls were beaten if they spoke the language of their families or used their birth names. Physical, psychological and sexual abuse was rampant, not unlike recent horrific news reports of maltreatment, with immigrant children being denied hugs and in some cases beaten so badly their bones were broken.

Less than a century ago, decades of bigotry and discrimination against Asian-Americans, beginning with the Chinese Exclusion Act of 1882, culminated in the Executive Order 9066, the internment of more than one hundred thousand Japanese-Americans during World War II.

From the beginning, the military knew Japanese-Americans posed no military threat but continued its resettlement. The pictures of the internment camps, isolated in the desert, shoddily constructed and surrounded by fences and wire are practically black-and-white versions of the pictures of the places immigrant children are being kept.

American-born Fred Korematsu sued the government on the grounds it violated his civil rights. He lost in Supreme Court. Though Korematsu won an appeal from the Californian courts in 1983, the Supreme Court has never explicitly overturned its ruling. It took until 1988 for the government to formally apologize, with the Civil Liberties Act of 1988 paying out thousands of dollars of reparations survivors of the internment camps “to right [the] grave wrong” of a law founded on “racial prejudice, war hysteria and a failure of political leadership.”

Using Nazis as a rhetorical device undermines the distinct trauma of the Holocaust seared into the DNA of Jewish and Romani people. It does a disservice to the real horrors going on right now. It should be self-evident what is happening is morally bankrupt, without turning to cliched Twitter hyperbole.

To turn to examples of Nazi Germany is to shrink from our collective responsibility to confront the truth that human rights have been violated in our backyard for centuries. We are the country of Dred Scott v. Sandford and Korematsu v. United States.

This is America. This has always been America. It shouldn’t be. We don’t have to repeat our history’s sins. But only by acknowledging the mistakes of our past can we learn how to repair what is broken. Only then we can move on towards a better America, one where it can finally be self-evident that all people are created equal.