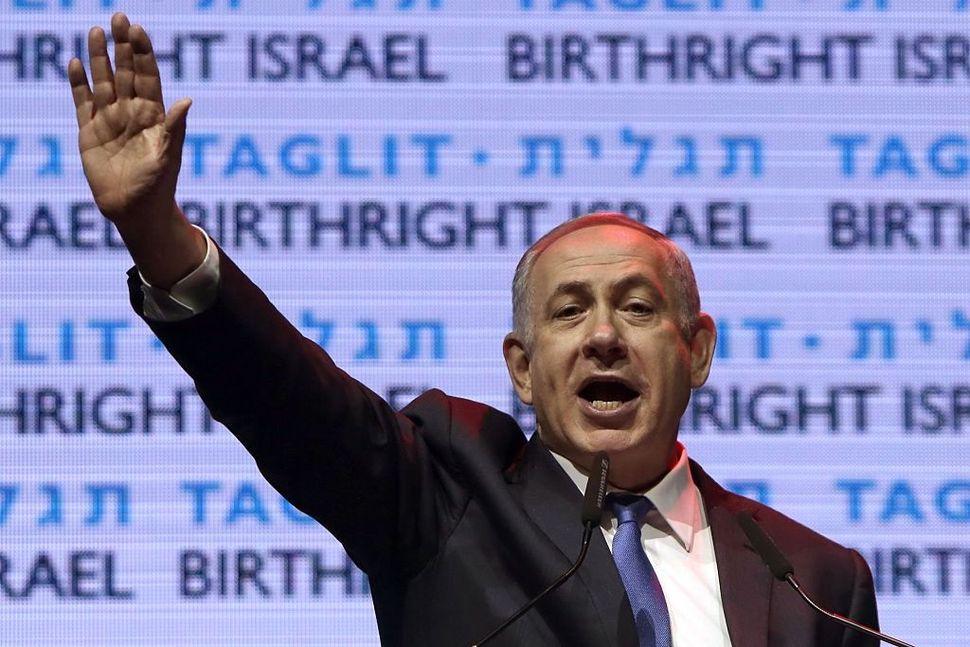 They’re built like tanks, with big, bold chrome fins and solid, unyielding steel frames that look like they could survive an artillery blast.

The cars, of course, were death traps. In the event of a collision, all the impact would get transferred to the driver. Modern cars, with built-in crumple zones, might not look as intimidating — but people actually walk away from crashes.

The Jewish community could stand to learn a lesson from the auto manufacturers. Our educational posture toward Israel is not designed to bend, or crack, or yield. In the face of growing anti-Zionist zealotry on campus, our children are taught to sing Israel’s praises to the heavens and the earth — the fear being that if there’s any give, any admission that Israel is in the wrong or that Palestinians have serious and legitimate grievances against the Israeli state (not just “their own leaders”), the whole edifice will crumble.

It’s understandable, in its way — those old cars really do look safer. But as a means of inculcating a lifelong attachment to Israel, it’s a death trap. Jews who learn about Israel in this way — hearing only the praise, kept in a perpetual “safe space” that no other narratives can penetrate — are left paralyzed once the walls are breached and they do, inevitably, encounter competing perspectives.

For example, this past week, IfNotNow activists set up shop at JFK airport to give departing Birthright Israel participants informational packets about the occupation and Palestinian lives — issues they claim Birthright systematically glosses over. In response to this relatively muted act of engagement, the Birthright leaders in attendance devolved into hysterics. They reportedly ordered participants to not speak to the INN contingent or accept their materials — even going so far as to physically shred pamphlets that had already been handed out.

I have a wary stance toward IfNotNow, which in my experience often prioritizes theater over substantive progress. But this action wasn’t in that mold. And even if the contents of INN’s brochures were disagreeable (or even outright wrong), if the Jewish establishment thinks that the Israel-bonding effect of a weeklong tour of Israel will be single-handedly undermined by a postcard, we’re in trouble.

Coming a few weeks after Camp Ramah sent a similarly histrionic — and gratuitously nasty — disavowal of IfNotNow (pledging that they will never “allow any anti-Israel, anti-Semitic or anti-Zionist education at Ramah”), it speaks of a Jewish community that lacks confidence in its own successors to engage in basic critical analysis. It isn’t surprising that the Birthright attendees who witnessed their leaders’ frenzied furor over a slip of paper started wondering if the entire trip would be naught but a “propaganda” tour. When one refuses to give even an inch, even a relatively mild collision with another view can cause everything to crumble.

The irony is that all this shielding and coddling is worse than ineffective. It’s outright counterproductive. Like those old cars, the treacherous appeal of this approach is that it presents as a form of security and protection. But in reality, it’s only making life far more dangerous for any unwary riders.

Our leaders think that years of thickly layering on naught but praise upon Israel will insulate young Jews from the wave of anti-Israel sentiment they’ll encounter at college. The truth is, it makes them more vulnerable. Having never encountered more than the most straw-mannish Palestinian narrative, they can’t reconcile what they were taught and what they’re now encountering. So many stop trying, or worse, lash out.

It’s no accident that IfNotNow organizes around the hashtag #YouNeverToldMe. And some of the young Jews who crash into a competing story go well beyond IfNotNow. The origin story of nearly every JVP activist I’ve ever met is some variant on the same tale — they grew up hearing that Israel was perfect, they learned that it wasn’t, and so they swung wildly in the other direction. Call it “David Horowitz syndrome”: Uncritical left-wing zealots tend to become uncritical right-wing zealots, and vice versa.

This is the real danger facing the next generation — that a fantastical mirage we construct about Israel will disintegrate in the face of harsh realities, leaving in its wake cynicism at best, reflexive hostility at worst. There is a real story where Israel and Zionism embody the liberal values most young Jews cherish, but there is also real tension between those values and the behavior of the Israeli government in practice.

Bringing those components into harmony is not impossible, but it doesn’t happen automatically. It requires thought, and it requires work. And so the most important thing we can impart upon young Jews embarking on their Israel journey is not a series of talking points about the Hamas Charter or an implacable loathing of the U.N. Human Rights Council. It’s a sense of intellectual adroitness and agility, the critical thinking skills that let one bend without breaking and adjust to new information without imploding.

The thing is, I’ve never related to the refrain I’ve heard from many Jews of my generation — that we were raised to think Israel could do no wrong. My earliest Israel-related memory is my synagogue mourning the assassination of Yitzhak Rabin. My second-earliest is that same synagogue mourning the election of Bibi Netanyahu to the Prime Minister’s post in 1996. My Hebrew School was proudly Zionist, but the ambient air was never that Israel was always in the right. We were well aware of the malign and destructive elements of Israeli politics and society right alongside the positive and the praiseworthy.

And so while my own views on Israel have evolved over the years, for the most part I’ve never been uncomfortable in my Zionist skin. That’s because the Zionism I was taught wasn’t premised on Israel being perfect, so it wasn’t threatened when it turned out Israel wasn’t perfect. It is an Israel education that served me and my friends very well — enabling a relatively smooth fusion of liberal and Zionist values and a passionate engagement with Israel fueled precisely by the realization that caring about something means having opinions about it.

But many people apparently weren’t raised in the same milieu that I was. And too many of our national organizations — the Birthrights, the Hillels, the Ramahs — seem to be moving away from this approach. Instead, they fall into a defensive crouch, where any information that casts Israel in a less-than-glowing light cannot be countenanced. In the face of blind, irrational hatred of Israel and its very existence, they preach blind, unalloyed support for it and whatever it does. And the end result is panics over postcards.

If I seem unsympathetic, I don’t mean to be. The extreme anti-Israel sentiment does exist out there, and it is worrisome. And if you didn’t know better, you’d be forgiven for thinking that the old car approach of unbending, unbreaking, unshakable walls is the best path towards security.

But as it turns out, survival depends on the ability to bend a little. And if young Jews aren’t taught that skill, few of them are going to walk away unscathed once reality hits.

David Schraub is a Lecturer at the University of California, Berkeley Law School and Senior Research Fellow at the California Constitution Center. He blogs regularly at The Debate Link and can be followed on Twitter @schraubd.