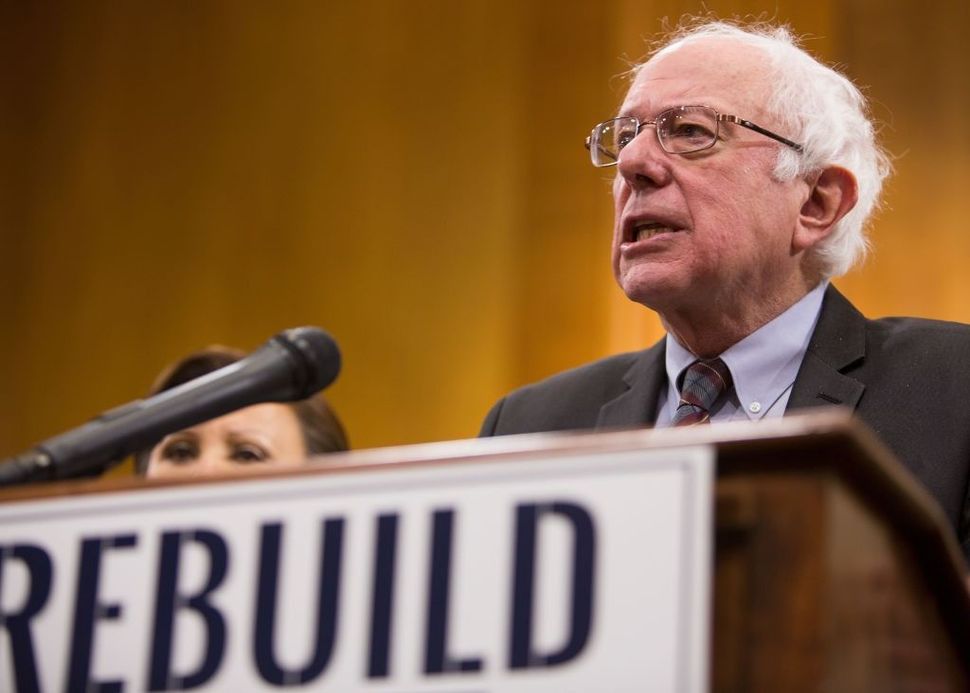 Last week, Alexandria Ocasio-Cortez stunned election-night reaction rooms around the country by winning the Democratic primary for New York’s 14th congressional district. Ocasio-Cortez is a 28-year-old DSA member with a degree in economics from Boston University. She helped organize for Senator Bernie Sanders’ presidential campaign during the 2016 Democratic presidential primary.

After the coming election in November, which Ocasio-Cortez is likely to win, she will be the highest-ranking elected official of the so-called “Bernie Sanders wing of the Democratic Party,” other than Senator Sanders himself.

She’s right. Black Americans lost half of their wealth as a result of the 2008 crash. By the middle of this century, median black wealth is expected to reach zero.

Ocasio-Cortez acknowledging this on such public stage is significant, because she would be the highest profile official to inextricably tie our nation’s continuing legacy of racial inequity with financial concerns. And it should discredit the idea that Bernie Sanders is weak on African American issues.

A few weeks ago, writer Shaun King published an essay in The Intercept in which he details a meeting with Sanders on issues of race. In this essay and another published a few days later, King said that he had seen marked improvement in Sanders’ understanding of key racial issues that some had viewed as a weak point during his campaign to get the DNC’s nomination for president in 2016.

But in the following days, many expressed further skepticism that Sanders had shown any growth, or even deserved a chance at any public healing of his deficits.

Total side note: my original point is that Bernie is really clueless when it comes to black people and issues that have been making news for many, many years.

Earlier this year, Sanders raised some eyebrows with a comment about the Democratic Party and former president Barack Obama when he said that “the business model, if you like, of the Democratic Party for the last 15 years or so has been a failure.” He went on: “People sometimes don’t see that because there was a charismatic individual named Barack Obama.”

The substance of the comment was that Democrats had gown complacent in the afterglow of Obama’s historic election in 2008. But many, including CNN contributor Bakari Sellers, took the comments as an attack on Obama and, by extension, African Americans.

Y’all can defend Bernie all you want. On #MLK50 his lack of self awareness and arrogance in dismissing #44, is wild.

I will concede that, at times, Bernie Sanders is out of touch with some of the hot-button racial justice issues that are at the forefront of the minds of many African Americans. However, when it comes to the issues that are most important to African Americans, Bernie Sanders is miles ahead of any politician of the past 30-40 years, and he always has been.

Sanders’ platform has been about economic issues, in particular, living wages, and his marquee issue, healthcare.

“Blacks were more likely to report not being able to see a doctor because of cost, even though, across age groups, the percentages of blacks and whites who reported having a personal doctor or health care provider were approximately equal,” a CDC report from 2017 found.

The Affordable Care Act was a landmark legislative achievement of the Obama era in furthering the cause of full health care coverage in the United States. It extended coverage to many young people. It allowed people to buy healthcare even if they had preexisting conditions, and resulted in tens of millions of uninsured (including myself) getting access to health care.

During the 2016 election, Hillary Clinton scoffed at the idea of single-payer, saying that she would fight to maintain ACA. However, ACA’s many flaws have left 29 million Americans out of its graces, a number equal to the population of North Korea or Australia. These uninsured include those living in the 14 states where governors chose to opt out of Medicaid expansions that would have covered millions unable to buy in to the health care exchanges.

These states include Wisconsin, which has the nation’s highest infant mortality rate among black women, at 14.08 deaths per 1000 live births, and Mississippi, which has the highest population of blacks by percentage in the country, and ranks first and second in deaths by heart disease and cancer, respectively.

At a certain point, you have to ask if this is deliberate or just gross incompetence. In either case, it represents a de facto state of ethnic cleansing.

A federally administered program would bypass the political vendettas of vindictive Republican governors and statehouses to reach directly to poor and minority civilians in red states. It would eliminate the monthly premiums that still made ACA-based plans unaffordable for many households, including many black households where money is tight.

The fight for civil rights has always been intertwined with healthcare, as Vann Newkirk wrote in the Atlantic in 2017. Yes, you can talk about police brutality, but the number of people (of all races) killed by police in 2016 was just under 1,100. A 2009, pre-ACA study found that the number of deaths caused by inadequate access to health care could be as much as 45 times that.

It’s sometimes disappointing to see many black pundits and activists not using their tremendous skill and influence to rally African Americans behind the cause of Medicare for all, especially since Democrats turn to black voters every October and November for votes, making appearances in churches and mosques. Said pundits could rally black voters, especially black women voters, to leverage their voting power to force support for universal health care.

If the Democratic Party does not follow the lead of Sanders and Ocasio-Cortez, they risk bleeding some voters, specifically young black men, to either the ranks of non-voters or even Trump. Before you scoff at this, think about how Trump’s anti-immigration policies could be marketed towards young black men in Milwaukee (in the swing state of Wisconsin) where the African American unemployment rate is 54%.

Healthcare is the most important civil rights issue of our time. I say this with zero reservation. It one of the most pressing issues for blacks, the disabled, trans communities and of course young voters.

Too few of us draw direct connections between our nation’s white supremacist past, the unequal distribution of healthcare and unequal outcomes for disenfranchised populations. It is as consequential as voting rights and covers as many people as prison reform.

Health care is an essential part of liberty. Illness of the body and mind are a hindrance to achievement and value, especially under capitalism, where your worth is determined by the value of your labor. Sickness gets in the way of that achievement.

When race is a significant determining factor in access to healthcare and, by extension, economic power, we exist in a state of ethnic hegemony. Universal free healthcare would be one step further towards removing barriers that impede liberation.