I Teach At Birthright. IfNotNow Is Wrong. 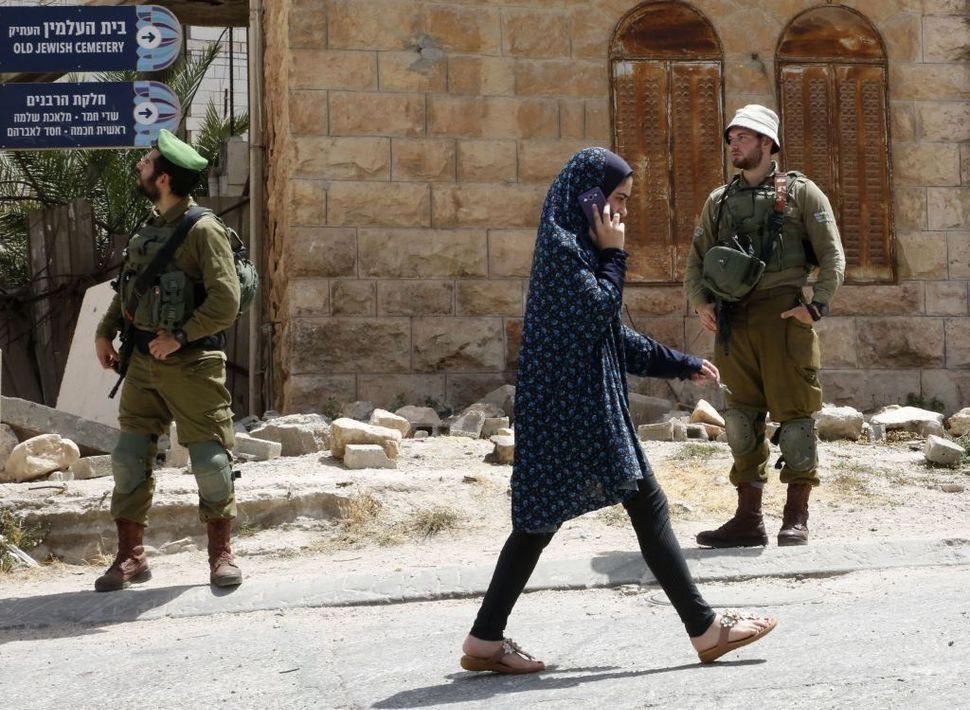 The very public walkout of IfNotNow members on a Birthright tour last week has generated much angst in Israel and amongst American Jewry. As a Birthright lecturer who has met with thousands of Birthright participants to discuss Israel’s geopolitics, I can’t help but regard IfNotNow’s media stunt with bewilderment.

Quite simply, the charges levelled against Birthright are false.

To become a Birthright lecturer, I had to attend a mandatory enrichment seminar. Potential lecturers were told to cover a large number of subjects in each session, including the 1948 and 1967 wars, settlements and Palestinian refugees.

We were not told how to speak, nor were we instructed to avoid any topic. The organization trusted us implicitly to be honest, and that is something I have striven to do in every single one of my lectures.

When I meet groups, I don’t hesitate to give them a warts-and-all look at Israel. We talk about the reality of the IDF being deployed in the West Bank, whether you call it an “occupation” or not, and how checkpoints severely affect Palestinians, causing thousands to wait in line for hours each morning. We reconstruct real-life situations and agonize over what it’s like for soldiers to have to make split-second life and death decisions, knowing that if they make a mistake, innocent people may die.

We compare the IDF’s routine for apprehending suspects with the reality of assailants standing next to their victims and suddenly pulling out knives, as well as the infamous incident with Elor Azaria. We think about why settlements are rejected by the Palestinians and much of the world. We debate one-state and two-state solutions, why both are complicated and far from ideal. We examine the profound impact that waves of suicide bombers and unprovoked stabbing attacks have had on the Israeli psyche and national defense policies.

Like any country in the world, Israel’s reality is complex, and its history complicated and multifaceted. To reduce Israel to a single issue is patently ridiculous and fanatical. There’s nothing wrong with discussing Palestinian human rights, but there’s a massive problem with considering Palestinian human rights alone. That problem is doubled when criticism of such fanaticism is portrayed as an attempt to shut down conversation altogether.

As I often tell groups, Israel is not a monolithic society. We are a complex people, one that is trying to balance its own sense of collective identity with democratic ideals. There are Israelis who campaign passionately for peace negotiations, and there are those who ardently contend that peace negotiations are dangerous and illusory until such a time as Israel has a genuine peace partner. To pretend that these groups don’t exist is to fundamentally misrepresent Israeli democracy and the vibrant conversations that are held here.

Birthright participants attending my sessions can tell you that I don’t care to pretend that Israel is perfect. That’s because it’s not. Nor have any of my participants ever heard me claim that the IDF is the most moral army in the world. Such a phrase is shallow and pointless.

Instead, I attempt to open up Israel to them and show what Israel does and does not do, how the IDF operates, how people live here, and in turn enable participants to think critically about Israeli policies. Like every society, Israel has its faults. It also has many strong points of which I’m proud. Both exist. That’s the reality.

It’s impossible to describe every aspect of Israel in the space of 10 days, and that is not Birthright’s aim. The program is designed to reveal and strengthen young Jews’ connections with their roots. Many arrive in the country completely unaware of Judaism’s basic tenets, where Judaism’s holiest sites are, why Jews have maintained a strong connection with the land over the millennia and what the modern State of Israel means for Jews around the world today. Just covering that is enough information for a full university course. To fully deal with Israel’s geopolitical circumstances as well would require another full course’s worth of material.

Birthright is not the end of the journey; it’s the beginning. Wherever participants go after their trip to Israel, they are more aware, more knowledgeable and more connected with their Jewish roots. The ideal is not to turn them into mindless pro-Israel advocates; it’s to activate their own sense of collective identity and teach them about Jewish values. The ultimate success would be to catalyze their development into thinking, mature adults who proudly support Jewish people and take an active interest in democracy.

That — in my eyes, at least — is their real birthright.

I Teach At Birthright. IfNotNow Is Wrong.