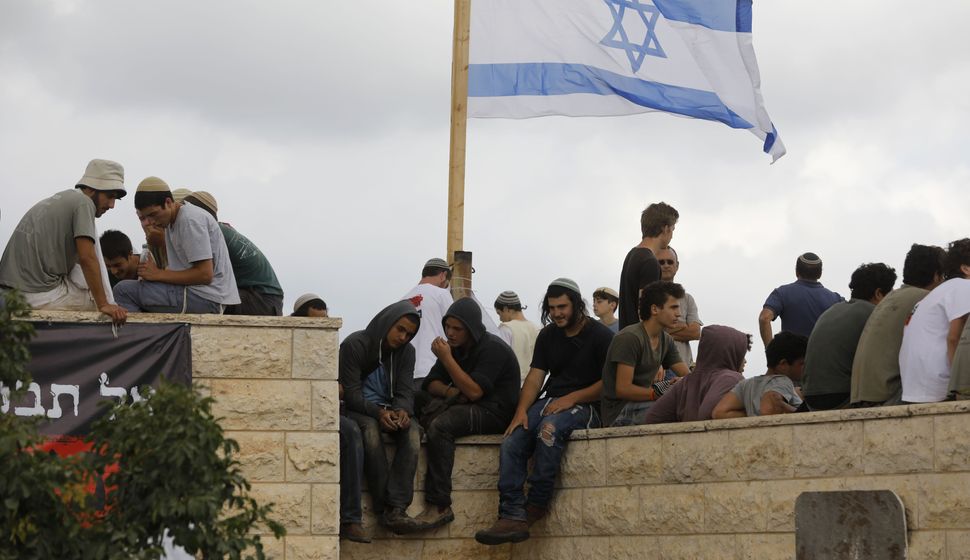 Twice this summer, a number of students have filmed themselves walking off their Birthright trips.

The much debated walkouts are part of a campaign called “Not Just A Free Trip” organized by the American Jewish activist group IfNotNow.

But while many believe that IfNotNow’s left-wing walkouts of Birthright trips may be nothing more than a rude publicity stunt, there is something just and accurate in their accusation that the Jewish world has kept them in the dark about the realities of Judea and Samaria/the West Bank.

Don’t get me wrong — these students knowingly scammed a free (and expensive) Birthright trip in order to try and make the news when they walked out. There are multiple post-Birthright trips available at low cost where they can hear from a veritable smorgasbord of accusatory, pro-Palestinian, left-leaning speakers and organizations.

And yet, while condemning IfNotNow’s tactics, we should consider that these student rebellions contain a fair critique of the information blackout, the cover-up, and the ambiguity of the Jewish world towards the “territories”.

For the last 50 years, since the Six Day War, Israel’s attitude towards what IfNotNow calls “the occupation” and what we settlers call Judea and Samaria has been ambivalent. The Jewish State has not exactly annexed the land, nor has it fully created a Palestinian State.

Instead, it has done a bit of both. On the one hand, Jewish settlements could not exist without the tacit approval of the state. On the other hand, the Oslo Accords gave birth to the Palestinian Authority, which took control over large parts of the same landmass.

Today that ambivalence continues: The right-wing government is not moving towards the two state solution that would create an independent Palestinian state. But it’s also not moving forward with annexation.

So which one is it? Israel or Palestine?

Logic dictates that a single stretch of land cannot abide both, but when it comes to the West Bank, there is no clarity of policy and no policy of clarity.

What the Birthright walkouts reveal is something that’s long been true, namely, Diaspora Jewry has mimicked this attitude of ambivalence in its own way — by avoiding the problem altogether.

For the organized Jewish world, the complex, uncomfortable, and sometimes unsavory issues of Judea & Samaria/the West Bank are better swept under the rug. Scared to alienate a potential participant with messy religio-politics, and even more terrified to repulse a donor, the Jewish community has historically preferred to skirt the entire issue, presenting Israel as a bright and shiny Start-Up nation, a regional haven for the LGBTQ community, and a country you can count on to send medical aid to any troubled part of the world.

These are all beautiful things, and all absolutely true. But they do not answer the real accusation that the world is levying against Israel, and the issue that is most weighing on students’ up-to-date morality: the OCCUPATION!

As great as it is that Israel treats flood victims in Japan, sends hundreds of tons of supplies to Syrian refugees, produces another award-winning series, or creates the next can’t-live-without-it app, if we can’t answer the accusation that our own Jewish State is stealing someone else’s land and keeps people under violent subjugation in the process, then all the rest is worthless.

Last year, I attended the American Israel Public Affairs Committee Policy Conference. I remember seeing young IfNotNow Jewish students protesting outside the convention center. They were chanting slogans against “the occupation”, slogans that were simply not being addressed inside, where presenters were telling the conference-goers that Israel is a powerhouse of innovations.

Not one serious discussion concerning Judea and Samaria was on the agenda of the world’s biggest Jewish policy conference, even as the activists were screaming its importance outside.

And they are right to. Our silence to these charges condemns us, especially in spaces dominated by young people, like college campuses.

So it’s no wonder that IfNotNow is gaining traction. Young Jews are right to feel as though they have been scammed out of the full story of Israel and instead have been fed half-truths and forced to wear rose-colored glasses. And when they ask questions, no one answers.

I cannot argue with the sentiment that young people should, indeed, be given the opportunity to see the “full picture”.

Here’s the thing: That “full picture” also includes the Jewish historical claim to Judea and Samaria, a perspective which has been kept secret by the Jewish organized world. While IfNotNowers complain about not knowing what Arab life is like in places like Hebron, the truth is, because of the information blackout, they know nothing of the Jewish history of Judea either.

Does the Jewish world tell students that according to tradition, Abraham buried Sarah in Hebron 3,800 years ago, or that King David ruled in Hebron for seven and half years before moving to Jerusalem? Do they know that King Herod built a monumental structure atop those tombs two thousand years ago and that it still stands there today? Do they know that Spanish Jews built a synagogue in Hebron in 1540, which was destroyed by Arab Jihadists in 1929, who murdered 67 Jews and caused the ethnic cleansing of Jews from the city?

The answer to all of the above questions is a resounding no.

That is precisely why IfNotNow is successful: They have found that young people’s minds are ready receivers of their tale that the Jewish State is a land thief and an occupier because no one ever taught them that Israel is a liberator of its own ancestral lands. Thanks to the thundering silence of the Diaspora about all things West Bank, including the Jewish story of Judea and Samaria, IfNotNow can inculcate with impunity.

I personally don’t believe Israel can “occupy” our own ancestral homeland. But I also believe that Palestinian human and civil rights are necessary, and achievable, without renouncing our historical connection to the land.

None of this is possible without a frank discussion of the West Bank, one that’s sorely missing.

Now, finally, a break in the silence has arrived. IfNotNow has managed to stage two walk-outs and the phenomenon is likely to grow.

Birthright, AIPAC, and the Jewish organized world will have to respond, opening the way for an exploration of Jewish history.