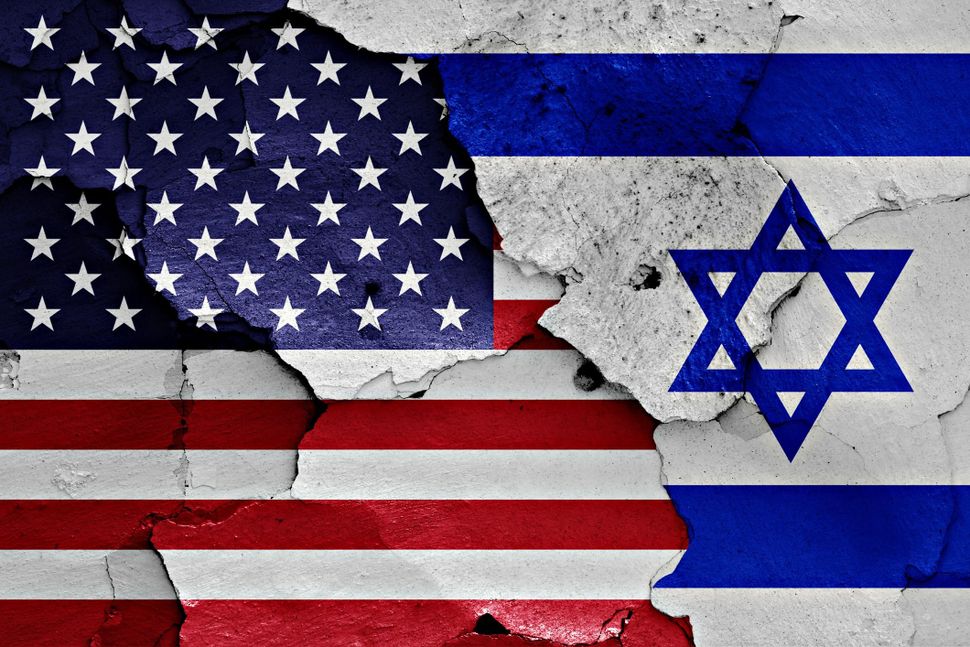 The Jewish world is in an uproar over what are being called “Birthright walkouts”.

Twice this summer, a number of students have publicly announced that they would be leaving their Birthright trips midway to learn more about the plight of the Palestinians. Filming themselves, they then abandoned the trip.

Both times, the resulting brouhaha dominated headlines and discussions, with pro-Israel types throwing impressive amounts of vitriol at the people who walked out. Others supported them, noting their bravery and their commitment to the Jewish values of truth and debate.

But what’s most interesting about the furor is not who is right, but what it’s actually about. Birthright is a metonymy for the relationship between American Jews and Israel. And the uproar generated by a group of young Jews rejecting their “Birthright” tells us a lot more about the state of that relationship than it does about a free trip to Israel.

It’s no secret that young American Jews are abandoning Israel. It’s this crisis between the American Jewish community and Israel that the Birthright walkouts embody.

In walking out of Birthright, these young American Jews inadvertently staged the very walkout American Jews are conducting when it comes to unconditional support for Israel.

Founded in 1999, Birthright is a program that gives any Jew between the ages of 18-32 who’s never been to Israel a free, 10-day trip. The money mostly comes from three North American Jewish billionaires with diverse political stances: Michael Steinhardt, Charles Bronfman, and increasingly Sheldon Adelson, though the Israeli government chips in.

The trip claims to be a-political, and yet earlier this year, it ordered its leaders to stop arranging meetings with Arab citizens of Israel, which can hardly be called an “a-political” move. Students wishing to hear from the 20% of Israel’s population who aren’t Jewish now have to seek them out for themselves. As for how someone who’s never been to Israel is supposed to find them, Birthright does not say.

IfNotNow, an American Jewish group devoted to ending Israel’s occupation of the Palestinians in the West Bank, seems to have picked up the slack with the Birthright walkouts — to enormous controversy.

BREAKING: Another group of young American Jews just walked off their @Birthright trip, to meet with a Palestinian family and see the reality of the Occupation for themselves, a reality Birthright actively hides #NotJustAFreeTrip

Many felt that the students were ungrateful at best and thieves at worst, stealing from the generous donors who brought them to see the glory of Israel. They saw it as a publicity stunt; if the students were so eager to hear from Palestinians, they should have stayed after the trip and made their own arrangements.

Others spoke up in support of the students, and the debate only intensified when on Tuesday, it emerged that Birthright had canceled the return flights of the latest wave of walkouts, who are now raising money on a GoFundMe page for airfare back to the U.S.

That they are soliciting money for themselves instead of for the Palestinians they are trying to help seems somewhat less admirable. And yet, the vitriol surrounding the walkouts is stymying. How can one “steal” a gift? Isn’t one entitled to wish for a complete picture of Israel, even on a free trip? And even if you disagree about this, surely there are people more deserving of our pity than Sheldon Adelson and the other “defrauded” billionaires?

In truth, the rage aimed at the walkouts was not actually about Birthright. It was about something much bigger: the American Jewish community’s relationship to Israel, for which Birthright is a stand-in.

And that goodwill is waning.

Israel, a defining feature of American Jewish identity for the past fifty years, is rapidly losing this status. Poll after poll shows that young American Jews are losing their connection to Israel, largely over its treatment of the Palestinians.

And it’s not just young American Jews. Older Jews are breaking ranks too, not in support of the Palestinians so much as over Israel’s increasing lack of religious pluralism. Issues like prayer accommodations for Reform and Conservative Jews at the Western Wall and Israel’s strict Orthodox conversion rules are slowly eroding Israel’s support, even in the pro-Israel community — most surprisingly, in the donor class.

Just this year, Ronald Lauder, an erstwhile supporter of Benjamin Netanyahu, wrote an op ed in The New York Times about how Diaspora Jews “have come to feel, particularly over the last few years, that the nation that they have supported politically, financially and spiritually is turning its back on them. By submitting to the pressures exerted by a minority in Israel, the Jewish state is alienating a large segment of the Jewish people.”

And Charles Bronfman, himself one of the megadonors behind Birthright, gave a scathing commencement address at the Hebrew Union College about Israel’s missing religious tolerance.

“Can a Prime Minister really claim to be a guardian of the entire Jewish People when he reneges on a carefully crafted agreement knowing that he will suffer no political consequences at home?” He said. “Indeed, he can, because this subject and others like it are of little or no concern to the vast majority of Israelis.”

The relationship between Israel and Diaspora Jews, especially in the US, is crumbling as American Jews stand up and say no more to Netanyahu’s abuse of the Palestinians, his abuse of liberal Jews, and his embrace of far right leaders, including Donald Trump, whom three-quarters of American Jews view as anathema to their values.

To those who cherish the relationship with Israel, it’s a terrifying, terrifying development. And wouldn’t it be convenient if instead of Israel’s treatment of the Palestinians and Reform and Conservative Jews, it was a bunch of upstart youths who were to blame for everything?

That’s what’s behind the cathexis onto the Birthright walkouts. Terrified that liberal Jews are abandoning Israel, the pro-Israel community found a perfect scapegoat: young Jews turning away a gift.

The real gift that has been rejected is not Birthright but Israel. And it’s the rejection of Israel that has outraged its supporters.