On Thursday, an exposé in the Jewish Week chronicled eight women’s stories in which they accused Steven M. Cohen of exploitative conduct.

The personal and institutional dimensions of these serious allegations will ripple far into the future in ways we cannot know. However, as historians of American Jews, we do know that these allegations reflect the troubling gender and sexual politics long embedded in communal discussions of Jewish continuity and survival, the focus of Cohen’s work.

American Jewish communal institutions have become reliant upon a form of knowledge about Jewish life that hinges upon sex and statistics —specifically, how many Jews are married to Jews, and how many children they have.

Starting in the late nineteenth century, Jewish social scientists engaged in efforts to offer statistical portraits of Jewish life. Scholars who have studied the formation of Jewish social science note how deeply ideological these pursuits were, often tied to Zionist, anti-Zionist, or assimilationist commitments.

Social scientific measures were not necessarily tainted by such ideological questions, but the ways in which they were reported and relied upon to further specific communal agendas paved the way for a new and close relationship between scholarship and communal life.

It is no accident that by the early 1970s, a so-called marriage crisis emerged as a core priority of Jewish communal institutions, fueled by population surveys and anecdotal evidence. The achievements of second-wave feminism seemed stacked against the blunt tools that Jewish social scientists used to measure what communal leaders increasingly termed “Jewish survival.”

Marriage, inmarriage, and fertility rates among American Jews all were declining, while women’s aspirations for careers, for public power, and for control over their bodies and sexuality all seemed to be on the rise.

Starting in the 1980s and growing in the 1990s and beyond, a Jewish communal infrastructure empowered a class of social researchers to generate the data from which policy decisions would be made. But data can only be as good as the questions asked, and it reflects how researchers regard their world.

What we know is that the Jewish communal world, even to this day, is led primarily by men. And that these men have tended to hire other men, including Steven M. Cohen, to survey American Jews. This large and expensive social research apparatus, driven by male leadership and sustained by aggressive boundary policing, has placed Jewish continuity at its center and defined Jewish continuity in extraordinarily troubling ways.

Most troubling about the data-driven mode of Jewish continuity conversations are its patriarchal, misogynistic, and anachronist assumptions about what is good for the Jews. We learn that single women, queer people, unwed parents, and childless individuals or couples are all problems. And we learn that the Jewish community, should it want to survive, must step into the role of calling out and regulating those problems.

Jewish communal leaders, in turn, learn that the continuity crisis — and its prescriptions about how to regulate primarily women, their bodies, and their sexuality — has its own productive energy that can be harnessed to convince donors to open their pocketbooks and support the very research and programs that prove that the crisis exists.

Jewish academia has benefited from the continuity crisis, as well, accepting its terms and its male leaders and averting its eyes from disturbing or far worse power dynamics, sometimes playing out at Jewish studies conferences.

The contours of Jewish studies, from the books that are awarded prizes to the work that is funded to the scholars who are celebrated by the Jewish public, have come to reflect the boundaries put in place by this same continuity crisis.

The framework of Jewish continuity has become its own power structure, with employment opportunities and field leaders. And yet it is also a relatively closed power structure, isolated in many ways from the larger world of social scientific scholarship and from many facets of Jewish studies scholarship.

Indeed, the most innovative qualitative research on intermarriage, which often challenges the assumption of a continuity crisis, has come from women scholars. Yet in its isolation and its power, the apparatus of Jewish continuity has created an environment resistant to this criticism and tolerant of ongoing abuse.

That it took a small army of women all telling stories with similar plot lines to draw attention to Cohen’s alleged abuse of his power is no surprise.

Sexually predatory behavior must be confronted squarely and in multiple frames. We cannot hold an entire culture responsible for the misdeeds of an individual. Nor can we allow that individual’s unacceptable behavior to blind us to the shortcomings of a patriarchal power structure that enabled his work and worldview to set the American Jewish communal agenda.

It’s time to acknowledge that a communal obsession with sex and statistics has created pernicious and damaging norms.

These norms make it okay to tell women how to use their bodies, whom to marry, when to have babies, and how to allocate their time. They have also told people who fall outside of the parameters set primarily by men that their ways of being Jewish are not valued or valuable.

A more thorough accounting would reflect on a whole range of ways that people at various times in the past have defined what it means to be Jewish. It would also strive to challenge power structures incapable of self-reflection and impervious to criticism.

As we have learned all too well this last year, nothing less than real bodies and souls are on the line. 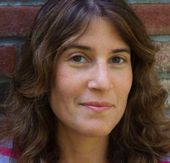