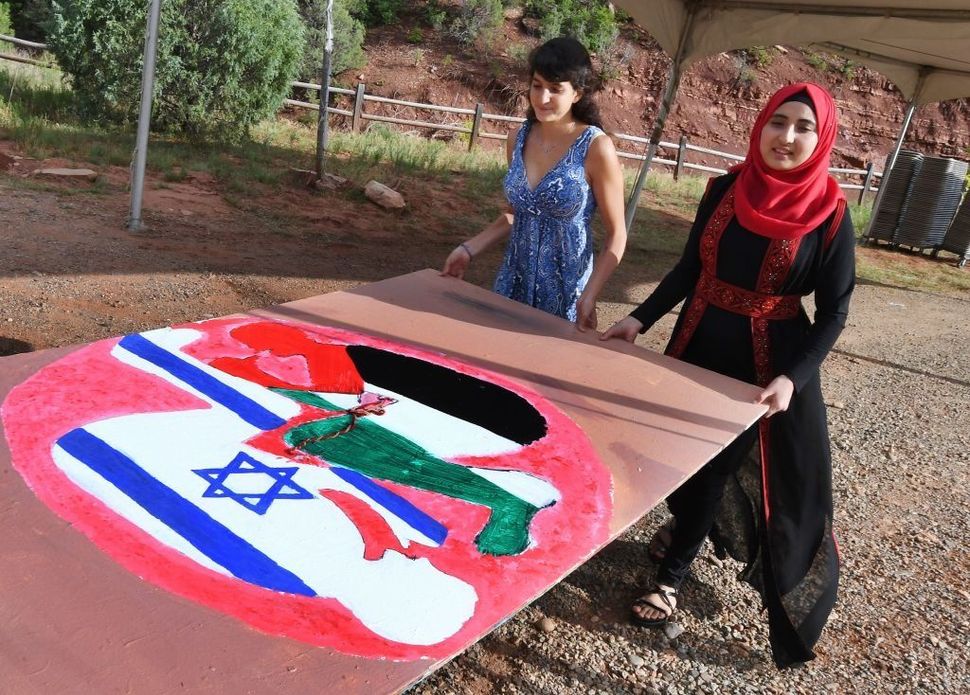 It’s over: Israel has picked “identity over democracy.”

That’s both the premise and conclusion of a recent piece by The New York Times columnist Max Fisher, who sees in the lamentable “Nation-State” law passed last week by the Knesset a rejection of democracy, and an embrace of theocracy and ethnocracy.

Fisher writes that Israel has “arrived at a similar ideological destination” as Hungary under Viktor Orbán, who has pursued policies to reshape his country as an “illiberal state.”

This conclusion rests on selective attention to detail and inattention. It ignores the fact that the Nation-State law that signals for Fisher a final stage in Israel’s rejection of democracy was written as a companion piece to two earlier basic laws, one guaranteeing “Human Dignity and Liberty” and the other “Freedom of Occupation.”

These two basic laws — the first of which was approved by a Likud-led government, the second by a Labor-led government -– aimed “to protect human dignity and liberty” and stipulate that “human rights in Israel are based on the recognition of the value of the human being, the sanctity of his life, and his being a free person.” They draw no distinction based on religion, race, ethnicity or gender. They ascribe no weight or privilege to Jewishness, and they were embraced as a “constitutional revolution.”

These earlier basic laws are not contravened by the new law; they have been, and will remain, the cause of an expansion of democracy in Israel.

And, in fact, democratic values have spread, not contracted, in Israel over the past three decades. The old British common-law ban on homosexuality was repealed, same sex marriages entered into abroad have been recognized, discrimination based on sexual preference has been outlawed and the army started paying for sex-reassignment surgery.

Meanwhile, a four-billion dollar program for “economic development of Arab [Israeli] society in the years 2016-2020” is underway, aiming to end long-standing economic discrimination. And the government began funding Reform and Conservative rabbis for the first time in the country’s history.

Universal, national health care was established. The numbers of couples marrying through the rabbinate has plummeted. A huge government transparency project makes hundreds of thousands of documents newly available for government review.

Alone among western democracies, labor unions have grown bigger and stronger in Israel over the past decade.

Which is not to say that discrimination and inequality do not thrive in Israel, as they do in every democracy. Nor do these facts excuse the Nation-State law itself, which, though it has no practical impact, offers a mean, gratuitous disparagement of Palestinian Israelis and other non-Jewish Israelis.

Similarly, the continued democratization of Israeli society for its own citizens neither negates nor justifies the lack of democracy experienced by Palestinians living under Israeli occupation.

But this is not new, and does not reflect a new Israeli rejection of democracy in favor of ethnocracy.

It is their commitment to democratic values that causes most Israelis to continue to tell pollsters that they would favor the establishment of a Palestinian State that does not threaten Israel’s continued existence.

There are a great many reasons why the occupation continues; Israelis are culpable, and Palestinians, too, bear some responsibility. But the 51-year-old occupation, and the hundred-odd-year-old Palestinian-Zionist conflict, cannot be a prooftext of a recent renunciation of democracy on the part of Israelis.

Fisher writes that Israelis have chosen chauvinism over democracy without considering the strong evidence to the contrary. The assertion seems self-evident, perhaps in part because it has lately been asserted by so many. Everyone knows that Israel is abandoning democracy.

But what everyone knows to be true is often not true at all.