For Palestinians, Israel’s Nation State Bill Only Tells Us What We Already Know 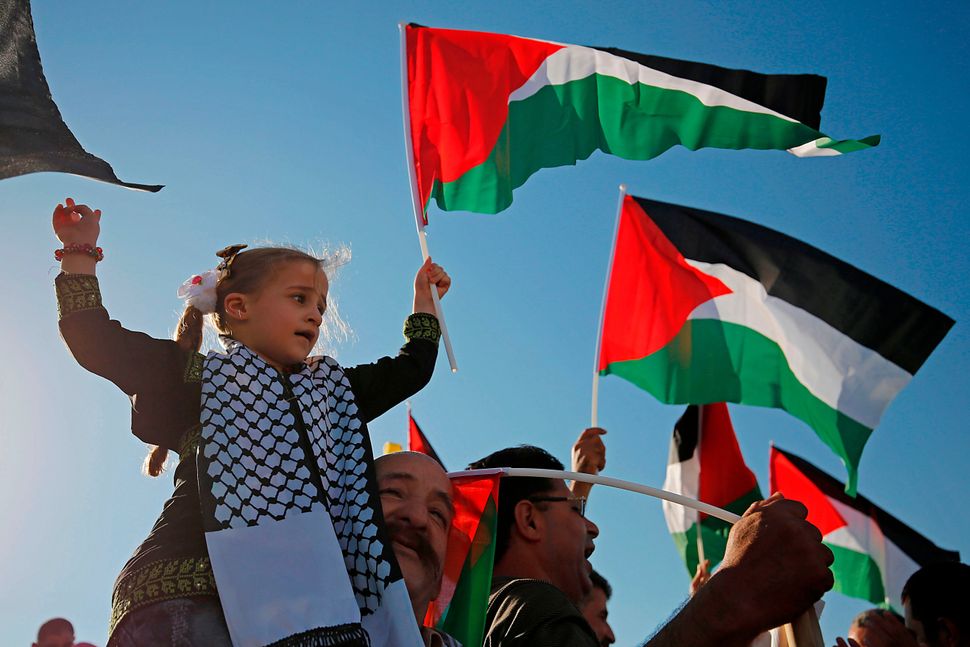 Late Thursday night, the Israeli Knesset passed a controversial law that defines Israel as the nation-state of the Jewish people. As a Basic Law, it enshrines much of the ongoing discrimination against Palestinian citizens of Israel. Critics have slammed the new law as “the official beginning of fascism and apartheid” and “a poison pill for democracy.”

As a scholar who specializes in the history of the Palestinian citizens of Israel, I see this new law as a remarkable admission of failure by the Israeli government. It has failed to grapple with Palestinians citizens’ insistence that they have a right to live in Israel with full and equal rights, and that they will not give up their Palestinian national identity to do so.

Since the state’s founding in 1948, Israeli leaders have tried to prove, to themselves and to the world, that Israel was both a Jewish and a democratically pluralist state. But this claim rested on a flawed premise: that Israel’s “minority” citizens were comprised of various ethnic and/or religious identities (Arab, Druze, Muslim Christian, etc.) rather than a Palestinian national one.

Yet as I demonstrate in my recent book, many Palestinian citizens of Israel have long considered themselves to be an integral part of the Palestinian Arab people. These intellectuals and political activists saw Israel’s discriminatory policies against them (which included unequal land laws, segregated schooling, and various restrictions on their travel, employment and political expression) as a form of “national oppression.”

To counter this assertion, Israeli policymakers tried to cultivate a loyal “Arab Israeli” constituency that would be content living as a non-Jewish minority in a self-declared Jewish democracy. But there was a catch: They would be allowed a measure of freedom as long as they did not question too loudly the fundamental inequalities upon which the state was based or speak too plainly about their identity as Palestinians. Those who didn’t play by those rules, such as members of the al-‘Ard (Land) Group, soon found themselves arrested on charges of “incitement.”

This system of carrots and sticks was always very tenuous, and Israeli leaders knew it. That’s why they sponsored and published local Arabic newspapers and journals that tried to convince readers that the state was a force for good in their lives. And as historian Shira Robinson shows, Israeli officials also staged elaborate Independence Day celebrations in Nazareth and the Galilee throughout the 1950s to try to reassure themselves that “Arab Israelis” had willingly accepted their status as second-class citizens.

It didn’t work. Instead, over the following decades, Palestinian citizens of Israel have become more assertive in demanding full and equal rights. More alarming for the government, they have been framing their calls for equality in ways that openly question two fundamental bedrocks of Israel’s establishment: that it can be both a Jewish and a democratic state, and that the “Arab minority” is separate from the Palestinian people as a whole.

Over the past decade, the questioning of these two bedrocks has only grown louder. In 2007 a group of prominent Palestinian intellectuals, academics and activists in Israel issued the Haifa Declaration. It defines the Palestinian citizens of Israel as the “sons and daughters of the Palestinian Arab people who remained in our homeland despite the Nakba,” and envisions the creation of “a democratic state founded on equality between the two national groups.”

The Haifa Declaration’s call for a single democratic state has also gained momentum. This past June, three Knesset members affiliated with the Joint List (the largest political bloc representing Palestinian citizens of Israel) introduced a bill defining Israel as “a state of all its citizens,” rather than as “a state of the Jewish people.” In a rare move, the bill was barred from even being debated on the Knesset floor, indicating the extent to which efforts to privilege Israel’s democracy over its Jewishness are perceived as a threat.

That perceived threat helps explain why the nation-state bill was just passed. Seen within this context, the new law is an attempt to slam the door shut on Palestinian citizens’ growing insistence that Israel deal with the contradictions inherent in the notion of a “Jewish and democratic state” and that it grapple with the original sins that took place in 1948.

Rather than wring our hands that Israel is moving away from its democratic foundations, it’s time that we have a serious conversation about whether it was ever really possible to have a “Jewish and democratic state” that took seriously Palestinians’ national identity and ties to their land.

And it’s time we have a serious conversation about alternatives to the discriminatory state that has just been declared.

Would a “state of all its citizens” that guaranteed full political and religious rights for all really be worse than what we’re seeing now?

Maha Nassar (@mtnassar) is an Associate Professor in the School of Middle Eastern and North African Studies at the University of Arizona. She is the author of Brothers Apart: Palestinian Citizens of Israel and the Arab World (Stanford University Press, 2017).

For Palestinians, Israel’s Nation State Bill Only Tells Us What We Already Know