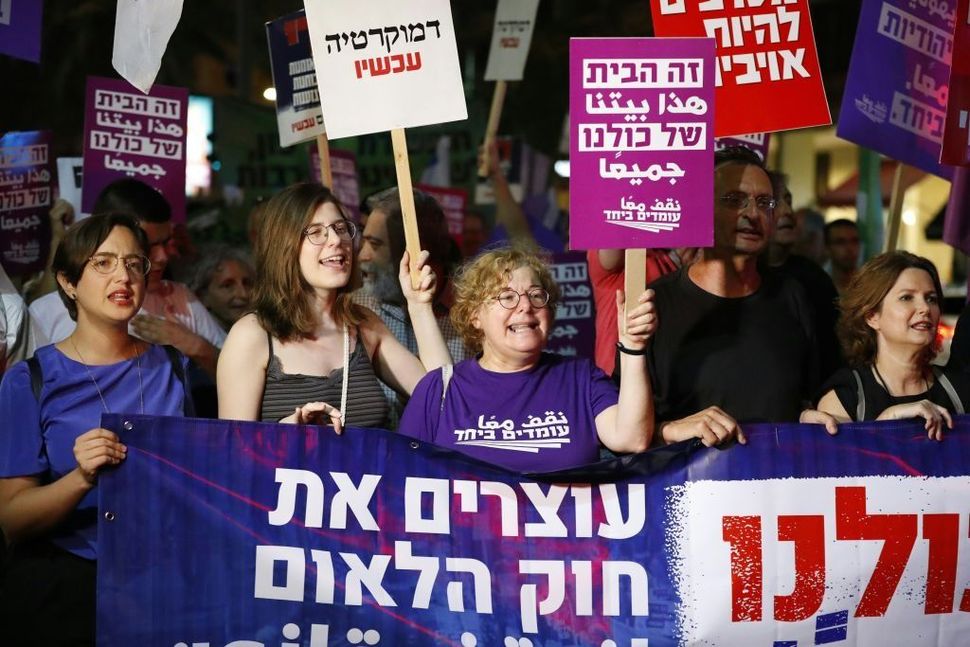 I first heard of the Nation-State Bill about eight years ago, when I was a Member of the Knesset. I was stopped in the hallway by a fellow M.K. from my party who asked me to support a bill affirming that Israel is the nation-state of the Jewish people. My initial reaction was that this was an easy one; I should support such a bill. But after studying the proposed legislation in detail, I came to the realization that the bill would in fact do more harm than good. It could actually undermine the goal it sought to achieve: guaranteeing Israel’s status as the nation-state of the Jewish people.

Several years later, the bill is back yet again. But why all the commotion over a law that seeks to affirm something most Jews fervently believe — that Israel is the nation-state of the Jewish people? As usual, the devil lies in the details.

To start with, the proposed bill does not include the word “equality” anywhere. This is no accident — according to discussions we have had with lawmakers, the framers deliberately sought to omit the reference to equality that various parties (mainly the ultra-Orthodox) opposed out of worry about its effect on internal community culture and policies.

A Basic Law that seeks to define the character of the state but does not anchor the principle of civic equality has no place in the law book of any democracy. Indeed, almost all nation-states include a commitment to the value of equality in their constitution or other legislation.

Next, the bill proposes to anchor the Jewish character of the state, but the country’s democratic nature is nowhere to be found in the bill — as if it never existed. As a result, this proposal upends the delicate balance between the two core elements of Israel’s identity: Jewishness and democracy.

According to the annual Democracy Index by the IDI, most of the Israeli public views the Jewish and democratic components of Israel’s national character to be of equal importance. Why tamper with a winning formula that enjoys broad public consensus?

In addition, I fear the law could have dangerous ramifications for the unity of the Jewish people. The disregard with which ultra-Orthodox politicians view the Reform and Conservative movements, manifested most recently in the disintegration of the Kotel compromise, has led to the rewriting of a key clause that deals with Diaspora affairs so as to exclude world Jewry.

The result is absurd: a law that purports to strengthen Israel’s identity as a Jewish state ends up legislating the exclusion of a large segment of the Jewish people.

Additionally, the proposed bill chisels away at the rights of Israel’s Arab minority in an apparent bid to deepen divisions between Israel’s Jewish and Arab populations. Since Israel’s founding, Arabic has been an official language of the state. The current bill states that Hebrew is the country’s sole official language, with Arabic reduced to a “special status.” This unnecessary slap in the face of 20% of our citizens is dangerous for Israel’s solidarity, economic prosperity and democratic vitality.

Yet another problematic clause primarily targeting Arab Israelis (but which could well lead to discrimination against other groups) refers to segregated communities. The debate is focused on the exact wording, but we should not be misled by a slight change in wording. The fact is that lending a constitutional status to discrimination on the basis of religion or nationality is inconceivable in an enlightened democracy, especially in the Jewish state. Imagine if such a bill were to pass elsewhere, allowing the establishment of Christian-only communities and excluding Jews.

It is no wonder that, last week, the president of Israel felt it necessary to intervene in the debate, asking that this clause be modified because “it is liable to harm the Jewish people, Jews all over the world, and the State of Israel.”

The Nation-State Bill, as it presently reads, would be a stain on Israel’s law book and could lead the country down a dark nationalistic path. There is a real danger that it could also drive a wedge between Israel and key components of world Jewry.

If our politicians seriously wish to define Israel’s constitutional character, there is a better way: Draft a nation-state bill that evokes Israel’s founding principles. Pass a law that quotes our Declaration of Independence, which pledges that the one and only Jewish state will “foster the development of the country for the benefit of all its inhabitants based on freedom, justice and peace as envisaged by the prophets of Israel… ensure complete equality of social and political rights to all its inhabitants irrespective of religion, race or sex…[and] guarantee freedom of religion, conscience, language, education and culture.”

That is the Jewish State our founders envisioned and of which we could all be proud.