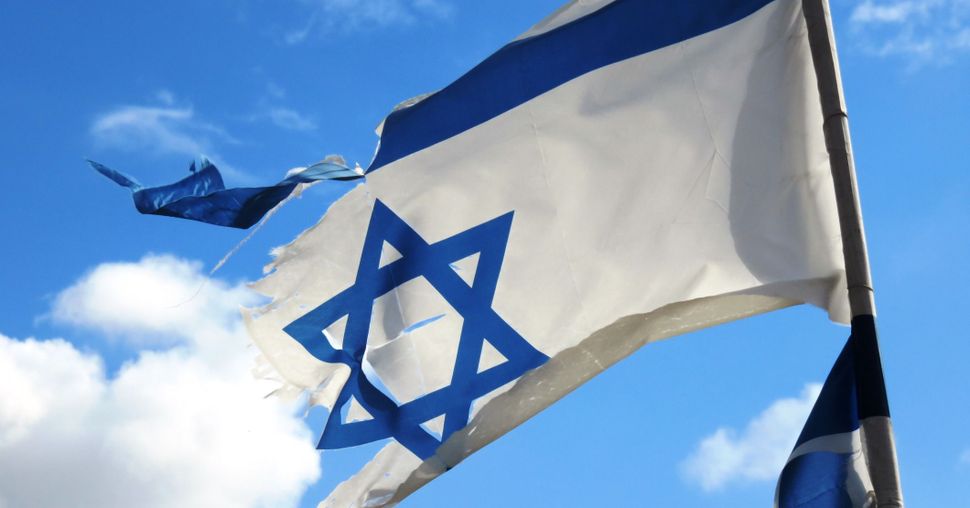 The nation-state bill that the Knesset has been debating for the past week became law this week. Since its inception, it’s left a non-stop controversy in its wake.

From the noxious clause that would have enshrined state-sanctioned discrimination in one of Israel’s Basic Laws – thankfully dropped after a wave of protest both in Israel and abroad – to the language whose most straightforward reading negates any role for Diaspora Jews in Israel, the effort to definitively enshrine Israel’s status as the nation-state of the Jewish people has been anything but smooth.

For some, any nod toward nationalism is always going to be objectionable, and no nation-state bill would ever pass muster or be an acceptable Knesset legislative outcome. But there is no reason why a Jewish nation-state bill has to be problematic on its face; the problem is not with the idea, but with the execution. In this instance, the nation-state bill doesn’t sit well because it needs to be based on a vision of ethical nationalism, but is instead based on an exclusive vision of nationalism that strikes a jarringly discordant note.

Any form of ethical nationalism propagated by a nation-state – in other words, a nationalism that effectively expresses a collective group identity without being exclusionary in practice to those who do not identify with the group – should meet a few standards.

At a basic level, it must balance between the concept of a nation and the concept of a state. A nation is based on the idea of a collective identity, but a state is based on defending and representing all of its citizens irrespective of their identity or ideological commitments. While a nation – and nationalism by extension – is predicated on making distinctions between groups, a state cannot discriminate based on national identity but must treat its citizens equally. The distinction that states make is based on national citizenship, not on national identity.

An ethical nationalism must also deal with the entire identity group that it encompasses when it transcends state boundaries. While nationalism is often confined to a defined political community with set borders, in other cases – Zionism being the most obvious one – it encompasses a diaspora community that self-defines by the collective identity that the national movement represents and that supports its objectives and worldview. Accommodating everyone within this identity group and managing the tensions between national identity and state citizenship is a tricky balance, but it is also something that an ethical nationalism should strive to accomplish.

In the case of Israel’s nation-state bill, both of these precepts are being violated. The original clause in the bill that passed a first reading and expressly provided for the establishment of communities that could discriminate on the basis of religion and ethnicity took the elevation of national identity above national citizenship to the extreme. Had that element of the bill remained, Israel would not be fulfilling its basic obligation to all of its citizens by treating them equally to the best of its ability. It would have demonstrated nationalism at its ugliest.

But the compromise that was reached between Prime Minister Benjamin Netanyahu and Jewish Home chairman Naftali Bennett is only marginally better. The new language, which reads, “The state sees developing Jewish settlement as a national interest and will take steps to encourage, advance, and implement this interest,” is not the same thing as proclaiming Israel as the national homeland of the Jewish people or Israel as a Jewish state.

It expresses a clear preference for Jewish settlement over any other kind of settlement, and how that will be implemented in practice can be gleaned from the disparity that currently exists in state funding of Jewish communities versus Arab communities in the Galilee and the Negev, let alone in the West Bank. If ethical nationalism strives to foster a group identity while treating all citizens of a state equally, this fails that test.

The clause on Diaspora Jewry also does nothing to manage the balance between granting rights to Israeli citizens and acknowledging a role for Jews around the world in the Jewish state.

Zionism is not only a movement aimed at establishing a national homeland for the Jewish people, but also one that aims to foster a collective Jewish identity and a relationship between that homeland and Jews who live outside it. If Israel wants North American Jews to take Zionism seriously and feel like they have a stake in building the state, it has to acknowledge that stake exists beyond a nebulous emotional resonance. This is how an ethical nationalism deals with the contradictions between a transnational movement and traditional state boundaries.

While non-citizens should be excluded from any decision-making or rights in solely national issues – including issues surrounding Israel’s foreign policy and its treatment of Palestinians under military occupation – Israel also has made it clear that it wants to exclude them from issues that are not solely national ones but are universal Jewish ones, like religious pluralism and recognition of different streams of Judaism by the state that purports to be a homeland for Jews of all stripes. If ethical nationalism understands the obligation to account for the needs and desires of all its adherents, the Knesset nation-state bill does not approach meeting that obligation.

Israel is a Jewish state, and there is nothing wrong with it proudly declaring that fact. Israel’s Jewishness is a manifestation of why it exists and what makes it unique. But that does not absolve Israel of the obligations it has to those who are impacted by the consequences of Jewish nationalism if it wants to express that nationalism in the most ethical way. The current nation-state bill fails this test.