How A ‘Misunderstanding’ Led To Death And Destruction In Gaza 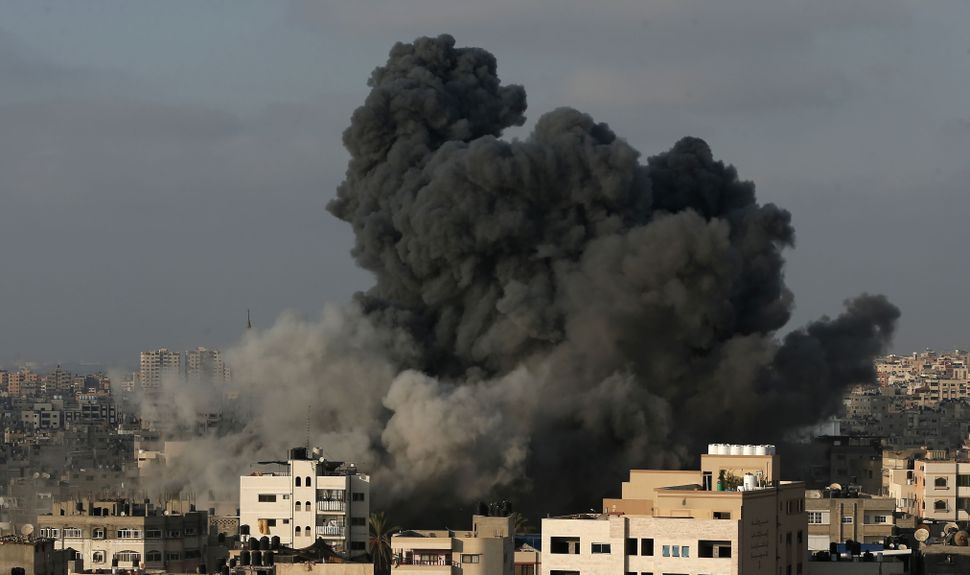 There is only one reason why Gaza and Israel’s South were dragged into yet another devastating confrontation between the IDF and Hamas: toxic masculinity.

We now know that another redundant escalation was sparked by a mistake. IDF soldiers were patrolling Gaza’s perimeter fence when they heard something and thought they were being shot at. So they retaliated, firing a tank shell, and two young Hamas combatants. And because it’s 2018, the whole thing was caught on camera.

As Isabel Kershner reported in The New York Times, it was all a misunderstanding. “Hamas said its snipers had fired as part of a military exercise and were not aiming at Israeli forces,” writes Kershner. “The assertion was later confirmed by the Israeli military.”

Hamas retaliated in order to insist on “fire for fire” and shot at a military bulldozer near the separation fence. The IDF retaliated by bombing several Hamas posts in Gaza, to which the latter responded with multiple projectiles launched on Israel’s south, boasting, “We delivered on our promise” of taking revenge for the dead.

The IDF then extracted a disproportionate price to show Hamas that they’re not to be messed with and bombed Gaza again.

And so started the exhibition of muscles; in less than 24 hours, Hamas launched 150 rockets on Israel’s south and the IDF bombed 150 targets in Gaza. Israeli civilians were wounded and three Palestinians civilians were killed, one of them a pregnant mother and her 18 month old baby.

The whole ugly episode boils down to showing off, exhibiting muscle power, trying to break the other to yield first, and thinking that such repetitive show of contested masculinity might impress.

But it’s the civilian population that pays for this toxic masculinity, on both sides. 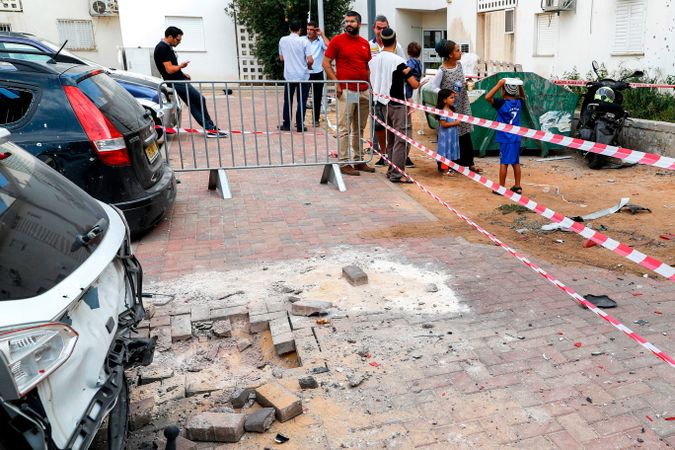 Think of the Palestinian casualties; a deceased mother, a toddler and an unborn baby – all killed in one airstrike while they slept.

And on the other side, maybe imagine young Israeli kids, looking no different from any Palestinian children, who screamed in panic while seeking shelter from projectile attacks.

These tragedies are all too easy for the public to swallow as long as you use the word a strong word: “terrorists,” “settlers,” “occupiers,” “savages” or occasionally even “Nazis”.

Who dares to ponder for a second if a “terrorist” or an “occupier” is an equal human being? These words are designed to dehumanize, to minimize the tragedy and the deaths on the other side.

We’re blinded by these dehumanizing boxes, by determining who lives and who dies by using a word that relieves our conscience from the greatest crime in humanity — stealing another person’s life and breaking a family down to pieces, all in the service of displays of machismo on both sides.

It’s easy to take extremist hate groups from either side to be representative of the entire population. That doesn’t make it right. Why are we allowing ourselves to be blinded by narratives that prop up violence?

History will never forgive the clear irreverence, carelessness and disregard of human life amongst some people on both sides, not least the leadership responsible for this escalation when bloodless, nonviolent alternatives are available.

Yesterday’s escalation ended after Hamas gave another sleepless and traumatic night to Israel’s south, and after Israel changed its policy from attacking military sites to residential neighborhoods and bombed a cultural center, under the pretext that it housed a Hamas security office.

Nothing indicates that this cease-fire will last longer than the last one, which lasted less than two weeks. Although, neither side has any interests in escalating the situation, yet the present tensions are inescapable for as long as Gaza remain uninhabitable, thanks to Netanyahu’s refusal to allow life into the besieged enclave, abandoning its desperate youth to one option — radical groups.

All we can do in Gaza and Israel is refuse to be blinded by the narratives on both sides and see the truth for what it is: the ugly displays of toxic masculinity that fuel this war and make life miserable for the civilian populations on both sides of the fence.

How A ‘Misunderstanding’ Led To Death And Destruction In Gaza