After 21 Years At Americans For Peace Now, I Am Enraged – And Hopeful. 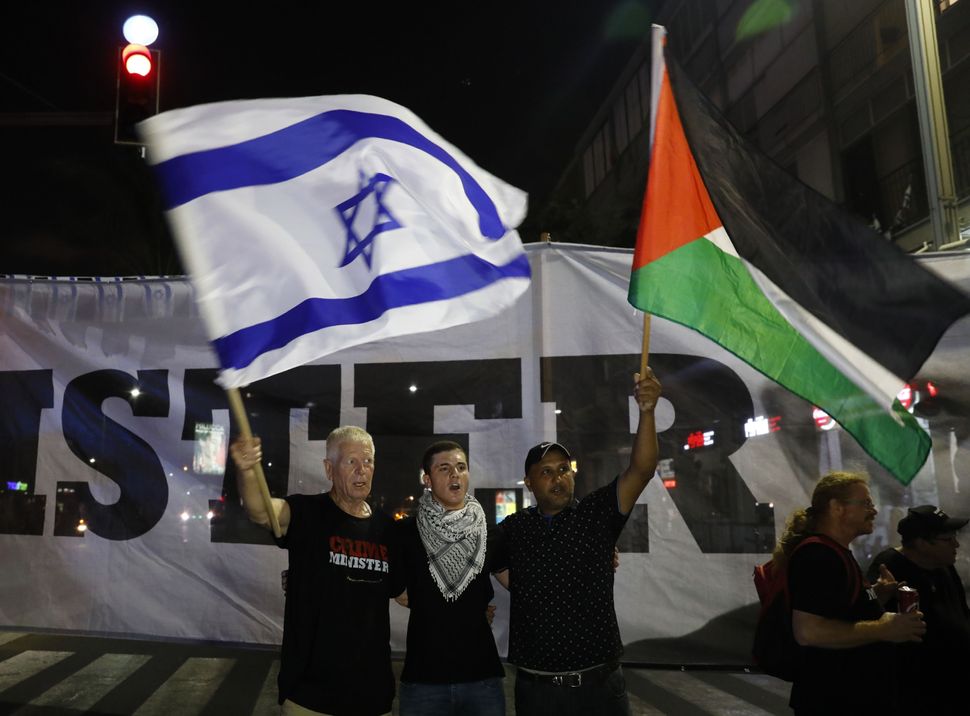 After 21 years as President and CEO, I am retiring on Thursday from Americans for Peace Now with tangled emotions. I feel pride in the work APN does at home. I feel awe at our colleagues in Shalom Achshav (Peace Now, the Israeli peace movement) and their tireless work for a better future for Israel and its Palestinian neighbors. And I feel gratitude for my talented APN colleagues, dedicated Board, and committed supporters.

But sadly, I am also feeling rage. The targets of my rage are those who know right from wrong, yet have chosen wrong for personal or political expedience. They include the enablers of President Donald Trump who know better yet who do nothing to stop him as his policies threaten our country, our values, and our Constitution.

I feel rage as well at many American Jews and at much of the organized Jewish community. So many times, I been told “I’m with you in my heart of hearts, but I cannot support Americans for Peace Now because (choose one): I would lose my standing in the Jewish community OR I would be isolated in my synagogue OR it would hurt our fundraising OR my husband, wife, parents, etc., would kill me OR well, you know …”

No, I don’t know. I didn’t know when I fought for civil rights in the 60s, when I fought to end the war in Vietnam, or when I marched for same-sex marriage. These were all issues that people knew “in their heart of hearts” were right, but didn’t for years publicly support or work for “because, you know.” All of those causes succeeded, but many years later than they deserved, with lives lost and ruined as a result.

We American Jews, who fight with great energy against the separation of children from their families at our border, don’t speak out as Gazan children are condemned to live in squalor, and Palestinian children in the West Bank are forced to see their parents humiliated in punitive night-time raids, broken in spirit as they see their dreams for the future destroyed. We Jews, whose historical narrative is the story of fighting for a homeland, of being persecuted, of being “the other,” have not fought against the 51-year occupation of another people.

We Jews, who played a significant role in the civil rights movement in the US and in ending apartheid in South Africa, don’t fight policies that will lead to Israel becoming an apartheid state as the occupation becomes further entrenched. We Jews, who know the imperative of repairing the world, through our silence instead support leaders and policies that damage the democracy and human rights of the Jewish homeland.

Several years ago, I received an email from a high school classmate. We had known each other since we attended nursery school at West Suburban Temple Har Zion in River Forest, Illinois. Our fathers had bowled together in the B’nai B’rith league at the temple, and our mothers served together in the temple sisterhood and as leaders of their Hadassah chapter. I opened the email with curiosity and interest, since we had not spoken since we graduated. Among other hateful comments in the email, he called me “an enemy of Israel” and told me he had prayed to God to strike me dead on Yom Kippur.

I continue to wonder what could produce that level of hatred towards an old friend. My leadership of a Jewish, Zionist organization? APN’s belief that compromising on borders is worth saving the lives of both Israelis and Palestinians? Is it APN’s conviction that Palestinians have the right to a homeland, to see their children have the same opportunities as their Israeli neighbors? Is it because we want to prevent missiles from falling on our Israeli friends and family who live along the Gaza border? Is it because we value life over dogma and peace over war?

My rage notwithstanding, I remain hopeful. What gives me hope? It’s pretty simple. People. Beyond the diplomatic accomplishments regarding Israeli-Palestinian peace over the past two decades — and they are significant — I draw hope from the people. On both sides. When I see the commitment in the eyes of the young, newly-recruited peace activists of Shalom Achshav, I see hope. When I see Palestinian entrepreneurs building their future state, I see hope. When I see tens of thousands of Israelis demonstrating for peace, tolerance and democracy, I see hope.

Throughout my two decades at APN, I’ve seen — and experienced – a lot of ups and downs. I’ve felt many disappointments, but also moments of great hope. The best way to get past the disappointments and take advantage of the hope is to act. Israel’s future as a liberal democracy and the national homeland of the Jewish people demands it.

Debra DeLee was the President and CEO of Americans for Peace Now for 21 years.

After 21 Years At Americans For Peace Now, I Am Enraged – And Hopeful.