How Can We, As Parents, Trust That Our Children Are Safe From Abuse? 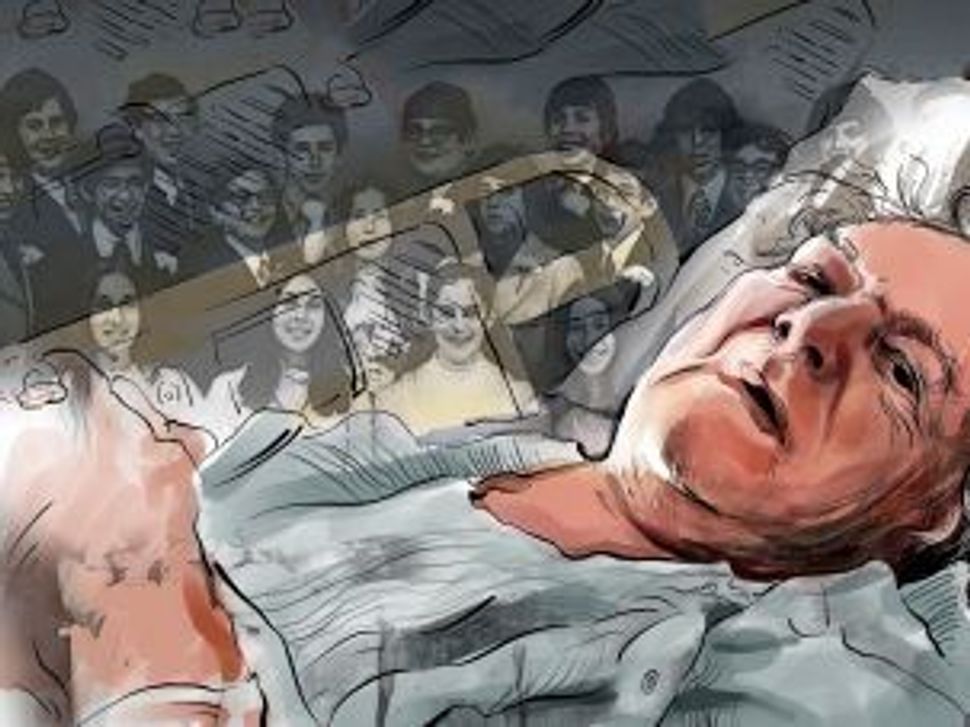 Welcome back to this special, post-Labor Day edition of Jane Looking Forward. If you wish to continue reading this weekly newsletter, please subscribe here. And spread the word!

I spent much of last week shepherding into publication Ari Feldman’s superb reporting on how a child molester was able to pray on young Jews for decades, and then how one of the most respected Orthodox day schools in the country failed to deal with several such abusers.

And quietly, deep inside, I reacted not just as a journalist, but as a parent. What if my children were a part of those Jewish institutions?

It’s not difficult to imagine. I was such a parent. My husband and I worked hard to educate our three daughters in Jewish day schools outside Philadelphia, from kindergarten to 12th grade, and I served on the boards of the Conservative-affiliated elementary school and the pluralistic high school.

I believe in this kind of immersive Jewish education, and believe ardently that the Jewish community at large should make it much more affordable to more families. But, like all educational systems, it is a public trust. Parents trust in faculty, administrators and staff not only to teach their children what they need to know to be productive, well-informed and ethical American Jews. Parents trust that their children will be safe.

Time and again, that trust has been violated. Over the years, the Forward has reported on how administrators appear to have known about rabbis, teachers and staff members who have abused students, and instead of dealing with the problem forthrightly, those in charge dismissed student claims and, in some cases, quietly transferred the “problem” somewhere else.

The list keeps growing. In 2012 and 2013, we reported on the cover-up at Yeshiva University High School for Boys. Now, three other respected Orthodox schools — Ramaz, SAR Academy, and Westchester Day School — are dealing with their own crises.

There are disturbing connections. The report from an independent investigation commissioned by Ramaz and released Thursday evening (in the dead zone for news, just before the long Labor Day weekend) cited the case of Richard Andron, who likely molested “multiple” Ramaz students while employed at the school.

Soon as I read his name, I nearly screamed. This is the same Richard Andron implicated in a lawsuit brought against Y.U. detailing multiple accounts of molestation of those students, too. We wrote about that horrific story back in 2013.

Is anyone checking on these men? Why are they allowed to jump from one school to another to a summer camp to a synagogue without question? Where is the accountability, the transparency? And why are students cowered into silence?

Don’t dismiss these stories as old news, even if they happened decades ago. The scars on these children are still raw. For the most part, the victims aren’t seeking monetary damages or prison terms for their abusers. They are merely demanding a forthright apology from those who should have done a better job of protecting them.

If my children were at these schools, I’d be heartbroken, furious, disappointed, and eager to ensure that victims’ pain was recognized. I still absolutely believe in the value of intensive Jewish education, and am sure that most people associated with these institutions would never condone such behaviors.

But trust has been broken, and repairing it demands more than we’ve seen so far. Much more.

What else I’m writing. It’s been five years since the release of the Pew Research Center’s landmark survey of American Jews, and I took the occasion to look back at one key finding: The tremendous growth of what the survey calls “Jews of no religion.” Here’s why I’m more optimistic now than I was in 2013.

A funeral like no other for a woman like no other. Only Rachel Cowan — rabbi, teacher, spiritual leader, civil rights activist, bird-watcher, mother, grandmother, sister, friend — would have a funeral that opened with a prolonged meditation session and end with hundreds of mourners on their feet, arms linked, singing “We Shall Overcome.”

Rachel not only taught us how to live with compassion, contemplation and gratitude, she also taught us how to die. Throughout the 18 months of her illness, she shared her struggles and her joys with the full recognition that they were part of the next chapter of her remarkable life.

The throngs who came to her funeral this morning, filling the cavernous B’nai Jeshurun sanctuary on Manhattan’s Upper West Side, were there as much in celebration as in grief.

There seemed to be a cosmic significance to her passing last Friday night just as the nation was saying farewell to Senator John McCain. Last year, Rachel had told me about a letter she sent to McCain — political opposites, they shared the same, terrible form of cancer — thanking him for his brave rescue of the Affordable Care Act.

But McCain’s death was accompanied by a worried reckoning for the soul of America, and a frantic search for his successors to counteract the political ugliness all around. Not so with Rachel’s passing. The synagogue was filled with her colleagues and disciples, eager and able to continue her work. Her gifts live on.

Your guide to America’s synagogues. Our first-ever, crowd-sourced, super amazing very Forward guide to synagogues debuted today! With profiles of hundreds of temples and synagogues, this guide was a herculean effort by Avital Chizhik-Goldschmidt, our lifestyles editor, and her staff. Read, reflect, share – and join in if your favorite place of worship is not yet listed.

How American Jews build communities to pray, learn and serve is an ongoing story, and I am proud that the Forward is developing new ways to tell it — with your help.

Looking forward. Rosh Hashanah for me is always a challenge. I love hosting large meals with family and friends, but routinely panic that I don’t have enough food. I love the tropes and tunes reserved for just this season, and cherish the opportunity for reflection, but rue the fact that I never seem to give myself time to truly prepare.

And yet it is upon us, and I’m grateful.

This newsletter will observe the holiday next week and return the week after.

I wish you a sweet and meaningful holiday, hoping that the next year will bring us closer to peace.

How Can We, As Parents, Trust That Our Children Are Safe From Abuse?